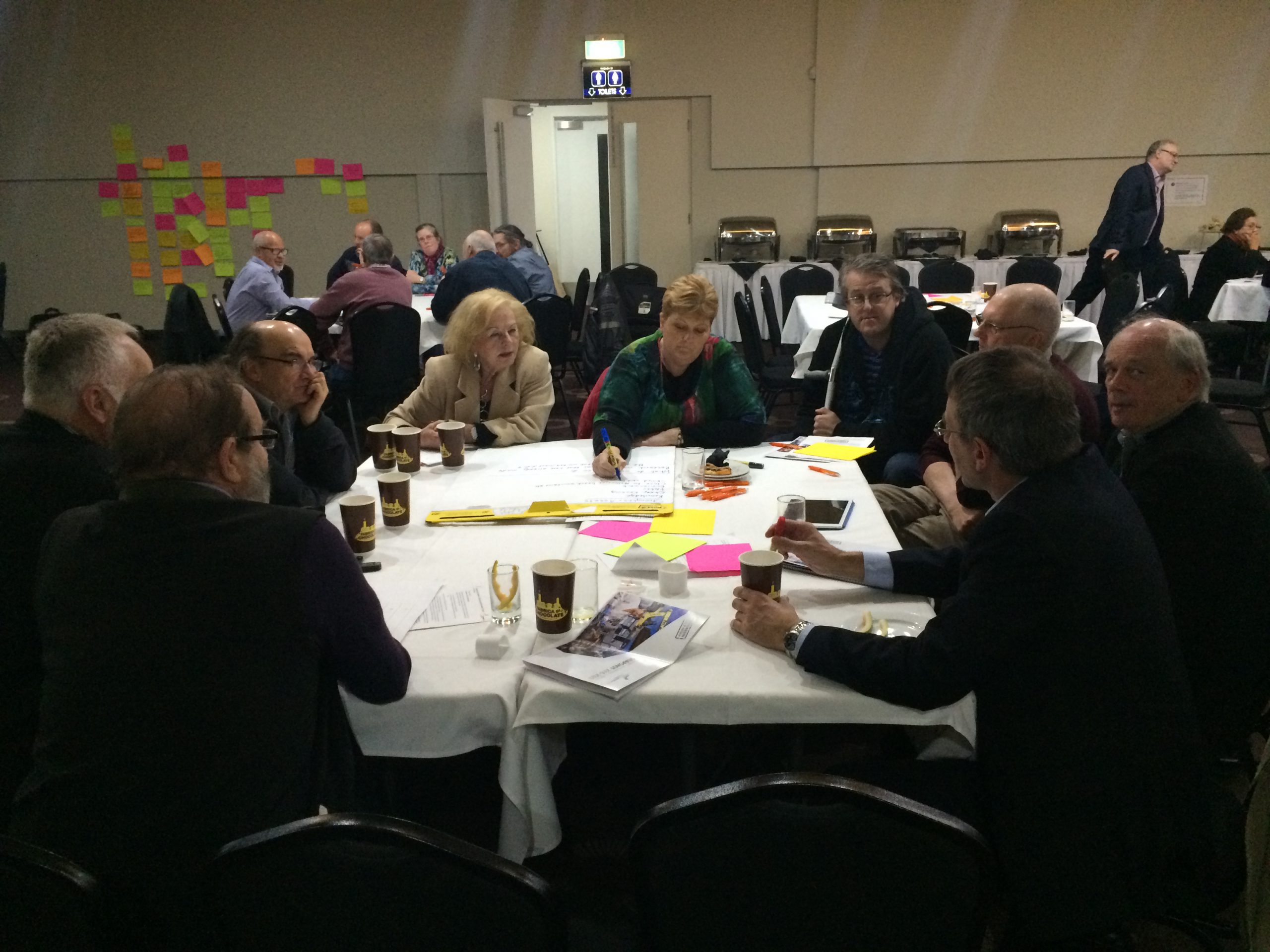 ‘Idea’ was the word in a community forum last week when more than 100 people discussed their aspirations for the future of the Latrobe Valley.

A transition centre, aged care hub and improved rail and transport access were among the most popular concepts attendees said were key to driving a prosperous region.

The public round-table meeting was hosted by Latrobe City Council in an effort to put the community’s priorities forward to the State Government.

Regional Development Minister Jaala Pulford and Energy and Resources Minister Wade Noonan are set to hear the community’s priorities during an invitation-only event this Wednesday.

“The reason why I brought this to a head was there was so much interest and opinion out there that just wasn’t being listened to and I was really happy with what came out of the meeting,” Latrobe City councillor Graeme Middlemiss said.

“I can see it as being the first meeting in a set of meetings, because I think people will perhaps want an opportunity to expand further what they put up.”

In June, Cr Middlemiss mooted a meeting with governments, unions, businesses and community to have a “robust debate” about the region’s future.

Last week’s event was an extension of Cr Middlemiss’ proposal to ensure no voice is excluded from the conversation.

Latrobe City mayor Michael Rossiter said “you could see the energy and motivation in the room lift” once participants began sharing their opinions and ideas.

“This is not the end of the community’s involvement, we intend to lead and advocate for our community, but their collaboration is critical to a good outcome,” Cr Rossiter said.

“It is my honour to represent them and their opinions to the ministers and whoever else we need to bring on board, to deliver our community’s transition plan.”

The community forum was a first for Latrobe Valley resident Sjaala Harbridge, who felt it was important locals contributed to discussions about the Valley’s future.

She said there was a strong message that council was “listening to the community”, and felt the forum was beneficial for residents to be involved in.

“I think a common thread was the people that were there were very enthusiastic about the possibilities of the economic future of the Latrobe Valley,” Ms Harbridge said.

She said an appreciation of the Valley’s resources was evident in the room.

Changing a negative mindset of the area was also among aspirations discussed.

For small business owner Dan Clancey, the diversity of people sitting in the room was pleasantly surprising and made for some interesting ideas.

He said each idea floated was valid and a sense of pride and positivity about the area was a major theme throughout the night.

“At the end of the night there wasn’t the ‘here’s the answer’, but there was certainly a very strong consensus that we can do it (transition) here in Latrobe, there is a positive future and that was certainly the message,” Mr Clancey said.

Voices of the Valley’s Ron Ipsen and Wendy Farmer were pleased to see their proposal of a transition centre gain support from other participants.

Ms Farmer was encouraged to see the group was “on the right track with the idea”, and hoped council would take on board the diverse ideas participants came up with.

Mr Ipsen believed council would have been surprised by the breadth of support for community-owned jobs and diversity of ideas that were floated.

He highlighted the idea of establishing an aged care hub as a new concept, albeit “quite interesting”.

He maintained transition through renewable energy was “the largest push” from the night.