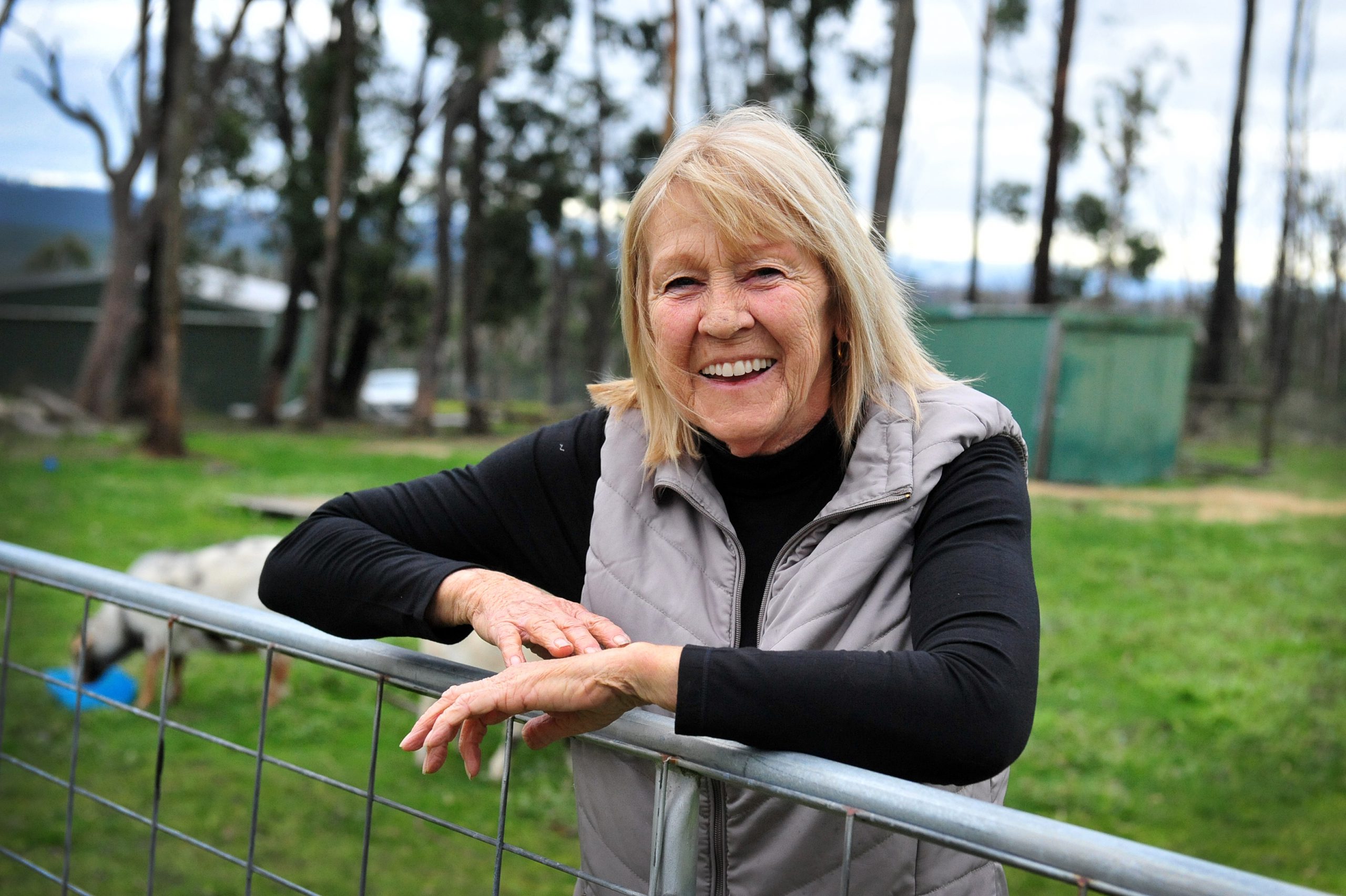 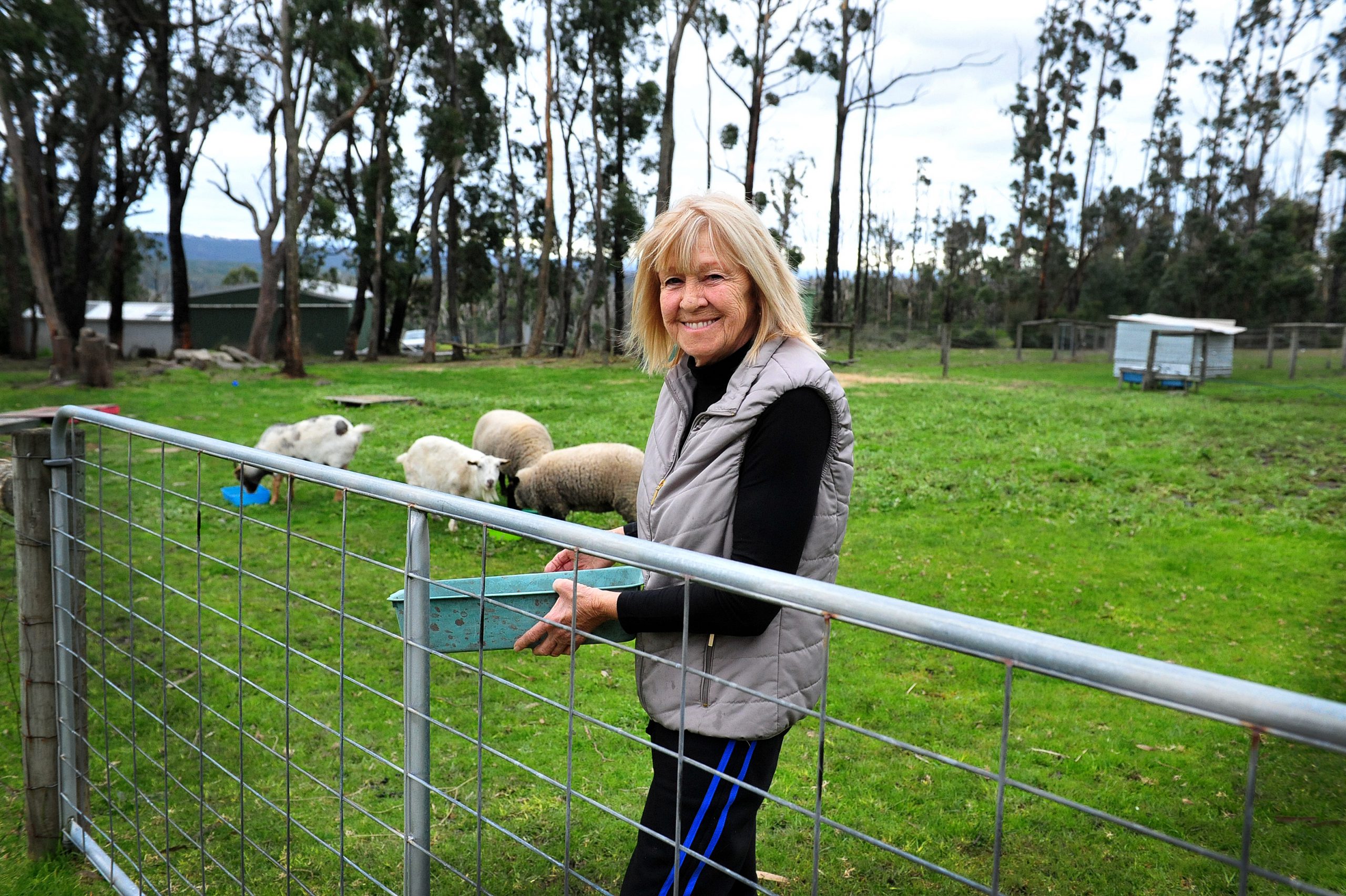 At the lowest point in her illness, Agnes Russell weighed 41 kilograms and had a lung capacity of 16 per cent.

A short walk to the toilet left her out of breath and getting dressed was a struggle.

She was hooked up to an oxygen machine with a 30-metre cable and relied on the support of her children, extended family and neighbours.

This picture is a stark contrast to the Agnes of today – who can talk passionately without becoming short-of-breath, move freely and tend to her beloved animals on her Boolarra property.

A double lung transplant in October 2014 has forever changed her life.

Agnes said being a smoker prior to 2009 had contributed to lung problems and that year she lost her home in the Delburn bushfire.

She believes the stress from this event contributed to the worsening of her condition.

After rebuilding her home, Agnes decided to take her grandchildren on a holiday to Queensland in 2010.

“I got really, really ill and ended up in hospital there and when I came back to Melbourne they said go and see a lung specialist and he said ‘you’re a prime candidate for a lung transplant’,” Agnes said.

Agnes was diagnosed with Chronic Obstructive Pulmonary Disease, and went on the waiting list for a transplant. During this time her condition deteriorated.

“I was so scared, I couldn’t move, because I knew I didn’t have any oxygen to go anywhere,” she said.

“Even just getting dressed, it was a struggle. I’d have a shower once a week because it was just so much.”

She said attending a pulmonary rehab program at Latrobe Regional Hospital helped her learn how to live better with the disease.

Agnes had been waiting about four years for a transplant, when she decided to put her house on the market.

“I had it in my head I wasn’t going to survive,” she said.

But shortly after, the phonecall she’d been waiting for came, and Agnes took the house off the market.

“They said ‘it’s the Alfred Hospital here, we have a possible transplant for you today’ and I said ‘are you for real?’,” she said.

Agnes said waking up from the surgery, she “couldn’t believe it”.

She was in intensive care for three days and once transferred to the ward, began to feel the effects of her new set of lungs.

“I could get out of bed, I could go to the toilet and come back again.”

When asked what she would say to the family of her donor, Agnes became emotional.

“I’m thankful that I’m still here, I’m going to get to see my grandson’s 18th birthday. It has made my life. I have a life. Before, I didn’t have a life,” Agnes said.

“It’s meant so much to me and my family. It’s not just me it’s a whole community of people who have benefited from this. Even my neighbours. I can do things now that I could never do before.

“It’s such a hard thing for someone to give up a person’s life, they’re gone, but what that person gives to other people is what benefits the world.

“If you give to a young person a set of lungs, what they can do for other people, they then become doctors, anaesthetists, carers, it goes on, it just rolls on in life.”

Agnes said she’d always tried to help people – even as she was going into surgery Agnes requested her ponytail be donated to cancer patients in the event something went wrong – and with her new lungs she could “do it better”.

Latrobe Regional Hospital’s nurse donation specialist, Kylie Larkin, said organ donation was possible in less than one per cent of all hospital deaths and there were between 1400 and 1500 people on Australia’s transplant waiting list.

She said LRH was supportive of organ donation and she worked closely with families of people in the hospital’s intensive care unit who had decided to donate their loved one’s organs.

“Quite often what happens is the family gets to stay here at LRH, they don’t have to move, the person doesn’t have to be transferred to Melbourne,” Ms Larkin said.

“The family will always have the final say and that’s why it’s so important to make the decision for yourself and talk to your family about it.”

According to DonateLife, nine in 10 families uphold the decision of a registered donor.

There are between 1400 and 1500 people on Australia’s transplant waiting list.

For more information about organ donation, or to register, visit donatelife.gov.au