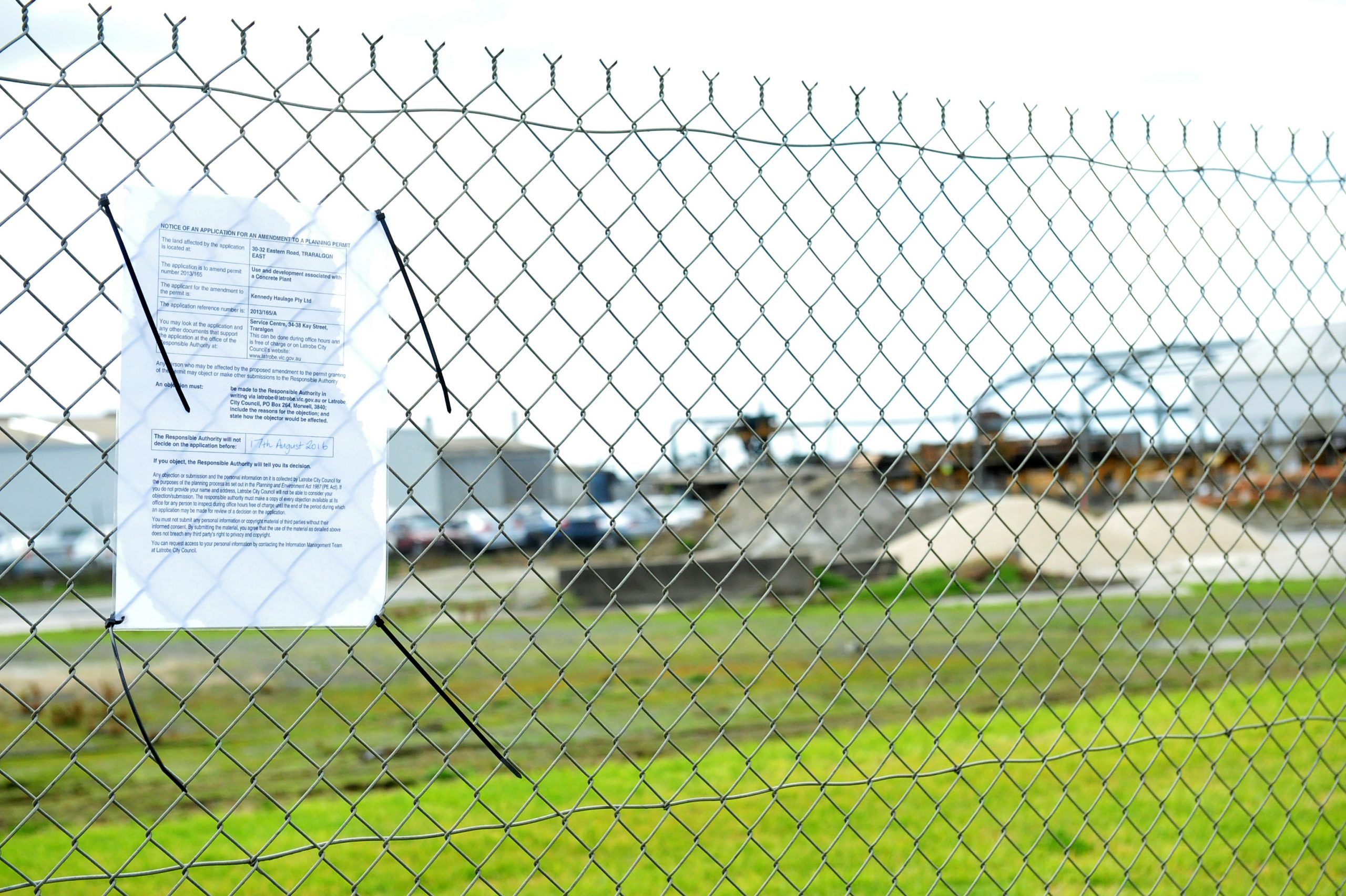 A Traralgon East resident claims the community has not been consulted on a proposal for a concrete plant on Eastern Road.

Peter Lloyd lives just hundreds of metres away from the proposed site of a 5952 square metre concrete factory and has been objecting the plant’s development since its initial planning application in 2013.

He believes the chosen location is unsuitable for such a development and has criticised Latrobe City Council for not “consulting those at the heart of the matter”.

His comments followed the extension of a two-year planning permit for the development, which was due to expire in November last year, by council on 7 March.

Mr Lloyd said all nearby residents potentially impacted by the development were not notified of the extension by council.

“It’s essential you consult with those affected and that didn’t happen,” Mr Lloyd told The Express.

Latrobe City Council’s general manager city development Phil Stone said the proposed use and development of a concrete batching plant required a permit because it was within 300 metres of residential properties.

He said all residents within this buffer were notified.

But Mr Lloyd said the 46 notices sent out by council were “inadequate”, especially considering a petition against the proposal, started by Mr Lloyd in 2013, contained 150 signatures.

Mr Stone said the Planning and Environment Act deemed a petition as a single objection and therefore only the head petitioner was notified.

He said many of the signatories on the original petition did not live within the buffer zone.

But Mr Lloyd said residents he had spoken to outside the buffer zone had also expressed concerns about pollution and noise.

“When pollution hits the atmosphere it doesn’t reach a certain height and then goes ‘whoops, I’ve reached 300 metres’,” he said.

“But whether I oppose the development or not is not the point, the real issue is that people have a right to know what is being built around the corner.”

Mr Stone said the Environment Protection Authority was being consulted on the development and all appropriate measures would be put in place to prevent dust and particle emissions.

He said the planning application was available for public viewing online at www.latrobe.vic.gov.au or at the Latrobe City Traralgon service centre.

An objection must include the reasons for the objection and state how the objector would be affected.

The advertising period for the permit closes on 18 August, but objections can still be submitted until a decision is made by council.