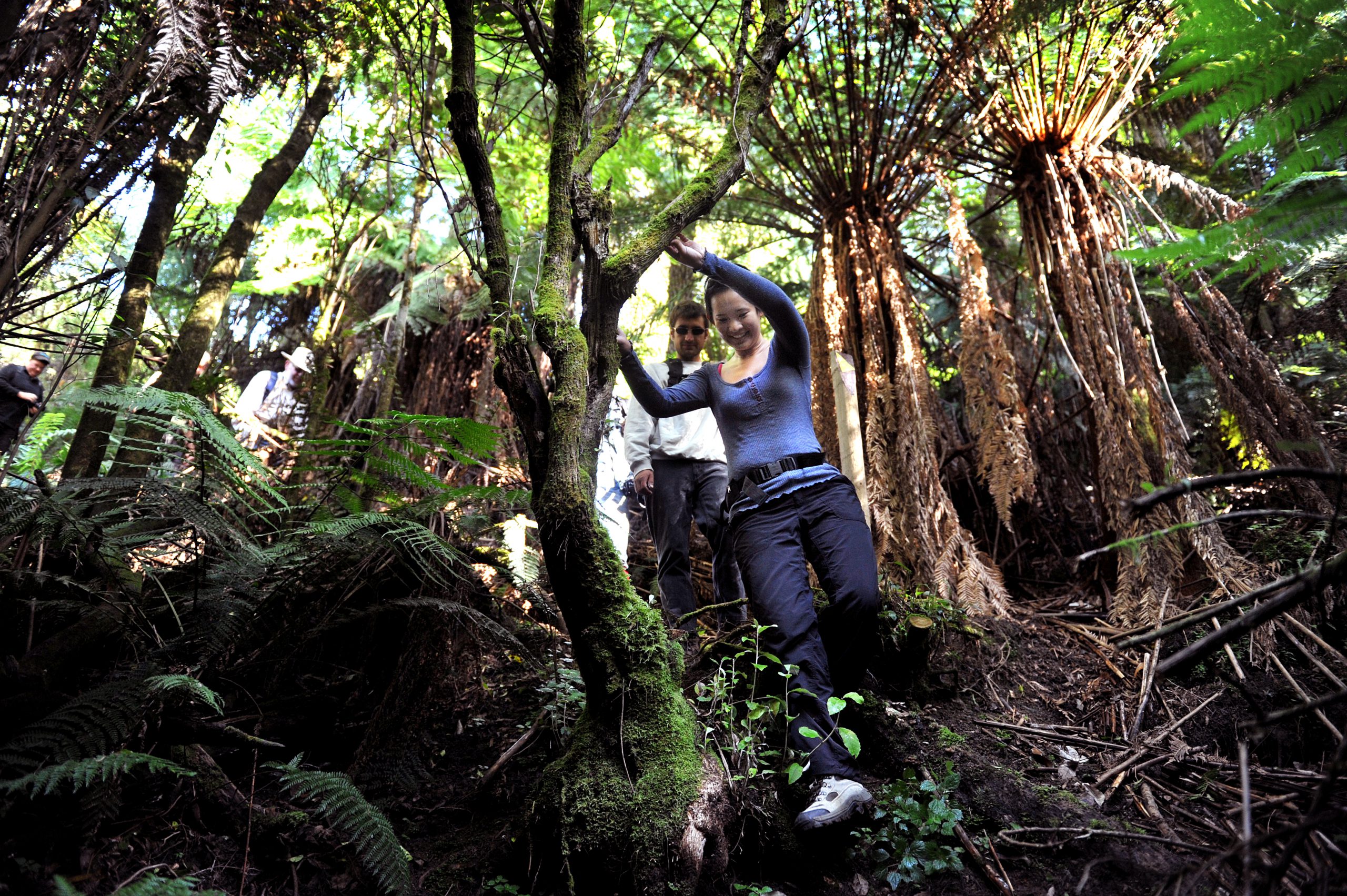 A GIPPSLAND track offering a lost world of ancient temperate rainforest is under threat of closure with dwindling volunteers in desperate need of maintenance support.

The Grand Strzelecki Track, home to the Mountain Ash, ferns, waterfalls and the serenade of the lyrebird connecting Morwell and Tarra Bulga national parks, has been called a “hidden treasure”, but the man who helped build the 110-kilometre adventure trail says volunteers and funds are in short supply.

Mr Heggen said there were only five volunteers supporting the track and two committee members had provided notice they were leaving.

Opened in May 2012, the track was constructed with funds from the 2009 Bushfire Recovery Fund.

Mr Heggen, who runs an environmental restoration service in Binginwarri, said he was also providing labour out of his own pocket, but more was needed.

He is pursuing grants and increased government support.

“Work can’t be carried out by unskilled labour when you have people moving trees across the track,” he said.

“It’s not a job for an amateur volunteer and unfortunately we can’t afford to put people out as volunteers indefinitely.”

It is unclear how many locals and visitors use the track, but Mr Heggen said about 200 maps of the track were sold each year.

“It’s comparable to the Overland Track in Tasmania. It’s a great walking trail, but we’re struggling to get the public out there and we need people to help,” Mr Heggen said.

Gippsland-based adventure photographer Andrew Northover said he could not think of another hike like the Grand Strzelecki Track in the Latrobe Valley.

Mr Northover said the track had a raw and adventurous feel of untouched rainforest similar to Noojee.

“You feel that you’re the only person that has been there for a while,” he said.

For more information or to show interest in volunteering with the Friends of the Grand Strzelecki Track, phone Kevin Heggen on 0428 565 530 or visit grandstrzeleckitrack.org.au