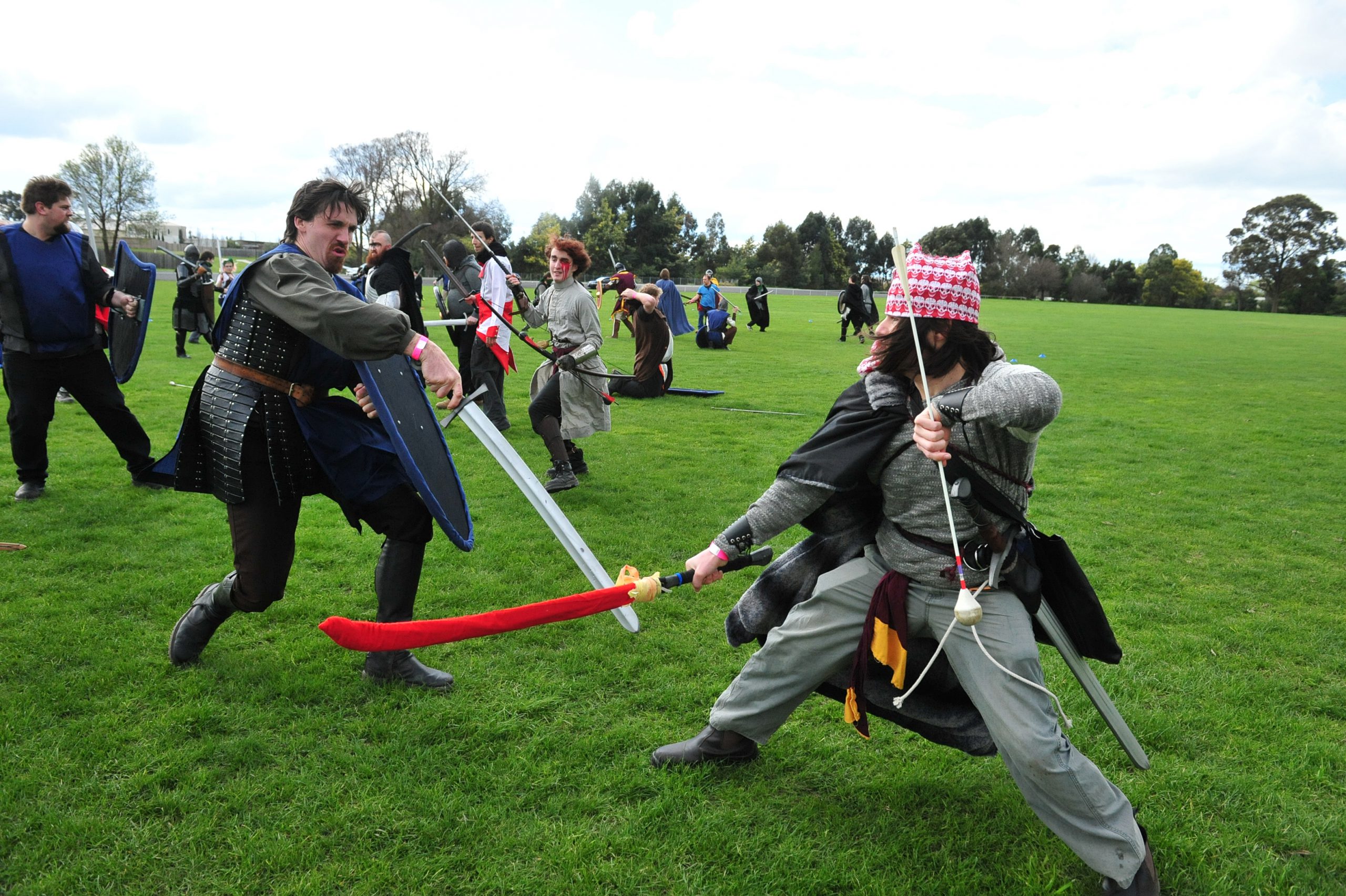 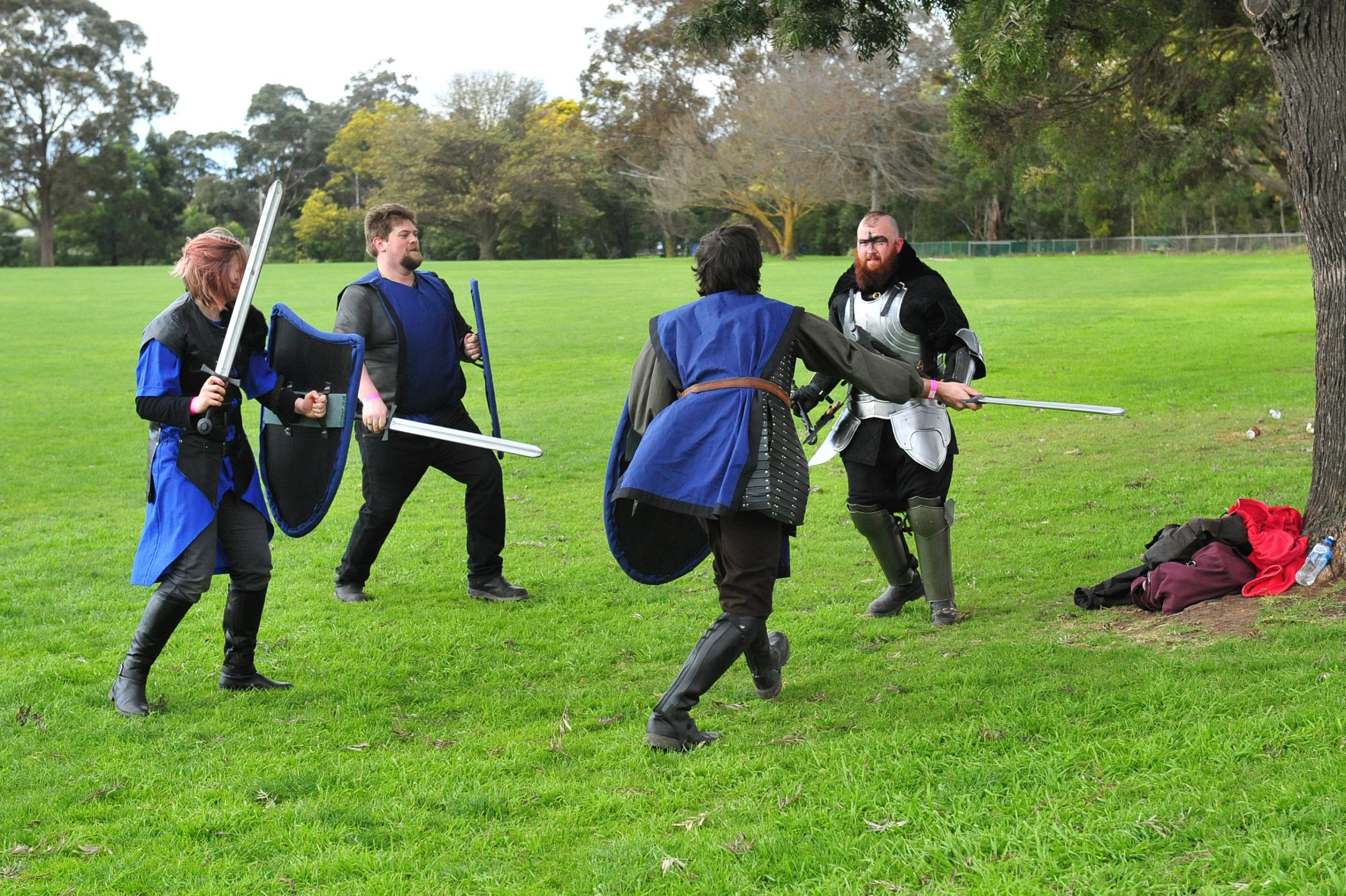 Latrobe Valley mercenaries the Crow’s Cutthroats established an underground trade foothold on Dragoncore turf in the ‘docks’ at Traralgon on Sunday.

It was a devious play by the local rogues, who have made a rapid rise in the fantasy realm of Gippsland Live-Action-Role-Playing since forming their own ‘warband’ to participate in the medieval-themed game.

Since calling the banners, and general public, for a LARP extravaganza on the Queen’s Birthday long weekend, the Gippsland chapter has grown exponentially with monthly events.

Now backed by Melbourne organisation ‘Swordcraft’, the group has surged to 200 members online with 50-60 regularly attending games – a far cry from its four-person origin last year.

With a fully stocked armoury of loaner equipment and new player trainers, Gippsland LARP hopes to bring even more knights to its round table and is set to start fortnightly events from October.

“We’re looking at training a whole heap of new people and getting them into the sport,” Gippsland LARP spokesman Anthony Bennett said.

“We’re really happy to see how many people are really interested. The best part about having it in a public park is people will walk past and say ‘what’s this all about?'”

The fantasy landscape has been changed by the introduction of new warriors and warlocks, with each player capable of affecting the storyline of the game.

Gippsland LARP has also hosted crafting sessions to help its new recruits find a foothold on the battlefield, teaching players how to build their own shields, armour and weapons.

“We’re trying to give everyone the skills… to build their own character, their own stuff and come down and fight.”

Gippsland LARP’s next event is a training day on 3 September at Bert Thompson Reserve, Traralgon where new players can whet their appetite for war.

“We have loaner gear… all you need to do is rock up on the day in comfortable clothes for fighting… preferably no logos, we’ll teach you to fight, you’ll get to run around the entire day and it will cost $5,” Mr Bennett said.

The group’s next game is set for 10 September at Agnes Brereton Reserve, Traralgon.

For more information or to join in the action visit Gippsland Swordcraft on Facebook or email gippslandlarp@hotmail.com