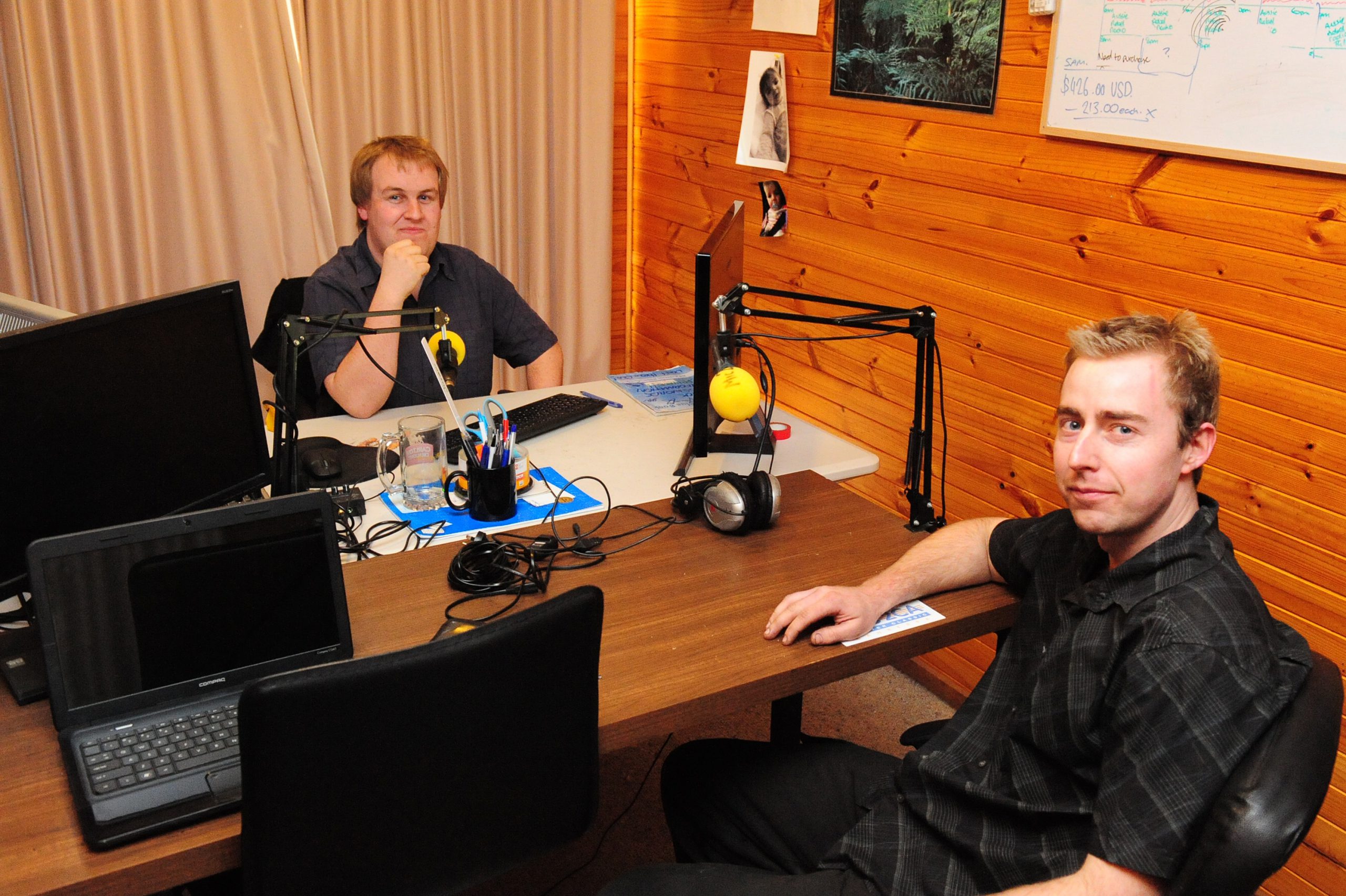 One has a passion for how radio works. The other has a love for music.

Both want to continue the memory and dream of their late friend, Ryan Gunn, who died at the age of 18 to Leukaemia.

“His dream was to always run a radio station and we’d always talk about it when he was alive,” Morwell resident Jamie Pallot said.

Jamie and friend Jason Loughrey are behind ‘The Shack Gippsland’, a radio station streamed online 24/7 and accessed from across the world.

The Shack is broadcast from the pair’s impressive set-up in a humble Morwell home.

The friends have drawn a rough program schedule on a whiteboard on the wall.

They work from a few computers and occasionally broadcast via a couple of microphones.

In the background music plays thanks to a complex system of computer software and an online server.

Jamie will tell you how the station can schedule up to three weeks of advance programming and create log-ins for remote users to upload their live stream, which listeners can hear on a range of devices.

Mostly self-taught and self-funded, The Shack has a website, a Facebook page a TuneIn radio account and has plans to extend its broadcast to FM transmission.

“We just sort of started off for fun, we thought we’ll play the music we like and it just sort of grew from there,” Jason said.

The Shack has grown to producers based in Los Angeles, in France and in neighbouring town Drouin.

Listeners tune in from all over.

The server lets the station know listeners hail from Mexico, the Netherlands and the United Kingdom.

When asked to describe the kind of music the station plays, Jamie said its focus was on independent tunes produced locally and overseas.

“We’re sort of like Triple J ‘Unearthed’, but for the world,” he said.

The pair believes Ryan’s passion continues on through The Shack, with no plans to stop any time soon.

“It’s just something we love doing; it’s all funded from us,” Jamie said.

“We’ve funded it and we’ve never paid for advertising which is pretty unique, because to get the following we have, you probably normally would promote it a bit, but we’ve never done that.

If you would like to check out what the station is up to, search for ‘The Shack Gippsland’ online or visit