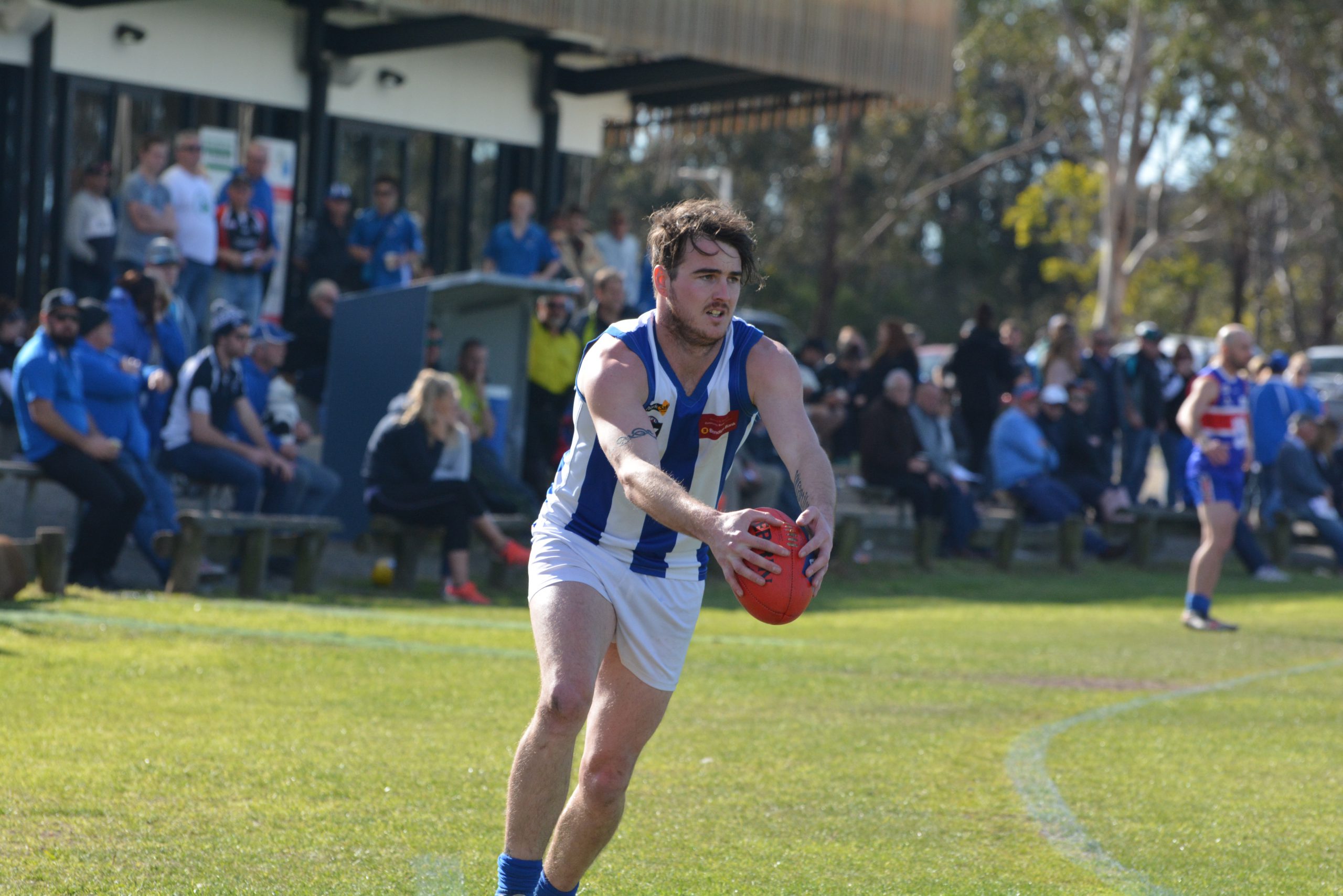 After trading blows for three quarters, the Kangaroos raised the bar in the final term, kicking three goals to none against the breeze to break the natural flow of play and the Bulldogs’ resolve.

The 14.16 (100) to 10.12 (72) defeat was just Sale City’s second for the season and Heyfield coach Josh Stubbe praised his side’s concentration and endeavour.

“It was an even contest but we were able to hold our intensity longer than they did,” Stubbe said.

“Sale City came at us, especially in the third but we stood up to the pressure.”

Heyfield made the most of the wind in the first term to open up a handy quarter-time lead.

Sale City hit back with five goals to one in the second to take a two-point lead into the main break, but could have made more of their opportunities.

The second half started in much the same vein, with the Kangaroos opening up a 15-point three-quarter-time margin, but the home side found another gear to reverse the trend in the final term.

Stubbe was surprised at Sale City’s inability to respond to the challenge, but would not be taking that for granted as he prepares his side for another tilt at the flag.

“It was pretty physical. Sale City attack the ball well and it was always going to be a quick game,” he said.

“We have been on a roll but we’ll go through our paces with a training session next Saturday and a couple of sore bodies will appreciate the week off.

“We can enjoy the win and enjoy where we’ve got to, but there’s still one game to go.”

Wingman Daniel Missen starred for the Kangaroos, using his speed and clean skills to take the game on.

Bulldogs coach David Piasente, who missed the game and remains a 50-50 starter for next week’s preliminary final, said his side did not have enough individual winners on the day.

Justin McLay, Ben Chivers, Harrison Kaandorp, Jack Sellen and Barry Parsons were named in the best in a disappointing performance.

“For the first time this year our boys weren’t up for the fight,” Piasente said.

“As a midfield group we weren’t prepared to run back the other way which was very disappointing.

“We were panicking in the last quarter and instead of taking control of the game and realising we had 30 minutes left we were rushing and burning kicks inside 50 and shots at goal.

“Our players were shattered after the game, but the beauty of finishing on top is the second chance and it was good for them to see Heyfield celebrating so they can use that (as motivation).”

Piasente flagged the probability of changes for the preliminary final, with the club’s grand final-bound reserves side providing plenty of options, but said the likes of McLay, Jacob Schuback and Mitch Evans would be better for the run after time out through injury.