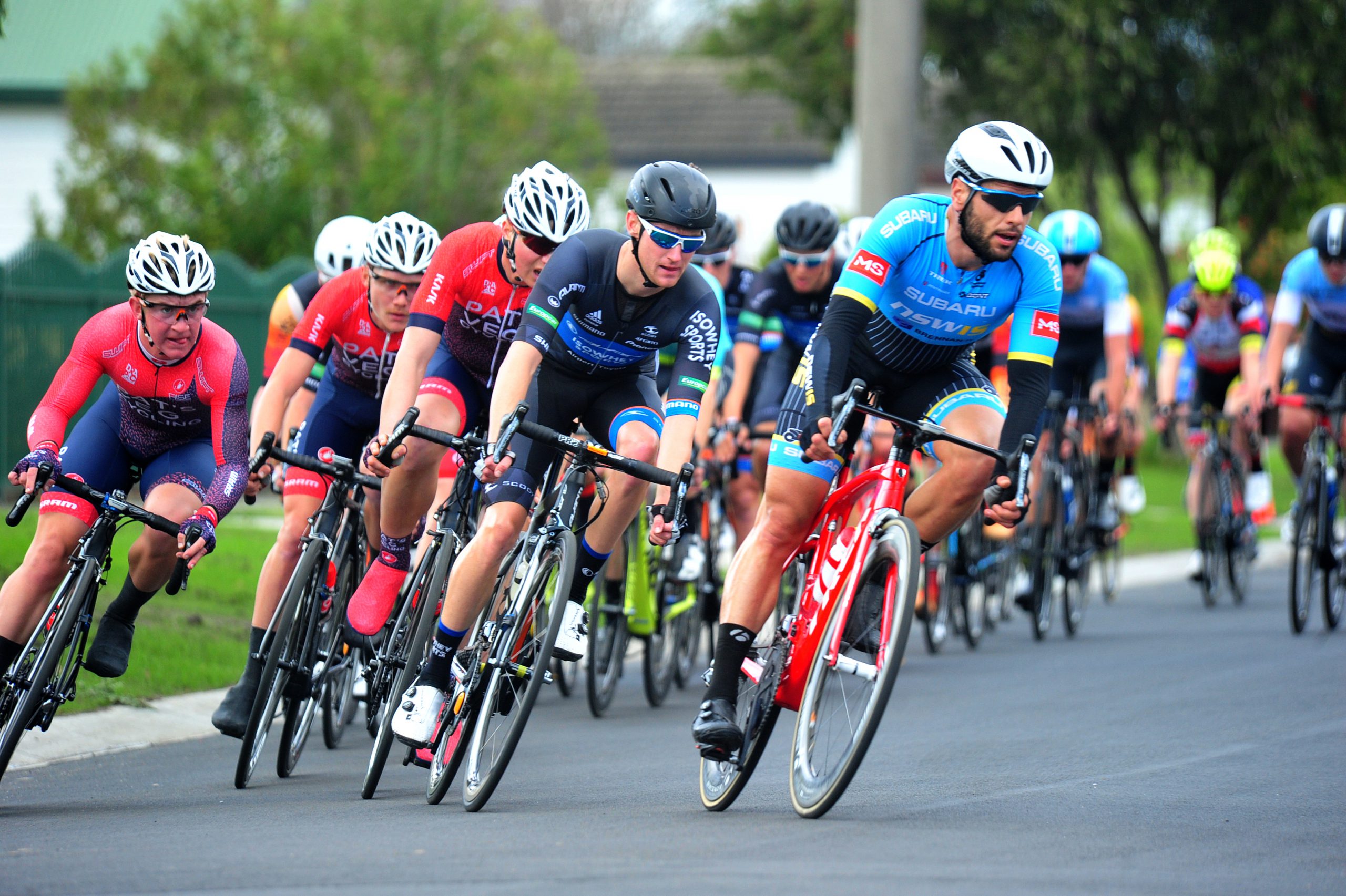 NSW Institute of Sport rider Scott Law has catapulted himself into the lead after the first stage of the Tour of Gippsland.

The first stage of the National Road Series race kicked off in Traralgon with a 40.5-kilometre criterium in a circuit around Catterick Cresent and Garibaldi Street.

The average speed during yesterday’s first stage was 49 kilometres per hour.

The second stage begins today in Paynesville and concludes in Metung.

Mr Trevorrow said the stage, which features three climbs, would be much tougher.

“It’s probably not tough enough to have a real aggressive hill climb… but it will have a bit of an influence,” he said.

The tour concludes in Traralgon on Sunday with another criterium, where riders will battle it out on a 1.5km circuit around Kay Street, between Lafayette and Breed streets.

Mr Trevorrow said it would be a mistake to assume the result would already be decided going into the final stage.

“People think the Sunday race is a bit of a parade, but in Kay Street there’s a bit of a hill,” he said.

“Last time the race lead changed in that last stage.”

Sunday’s action begins with members of the public able to ride around the circuit at 9am, before the race begins at 10.30am.