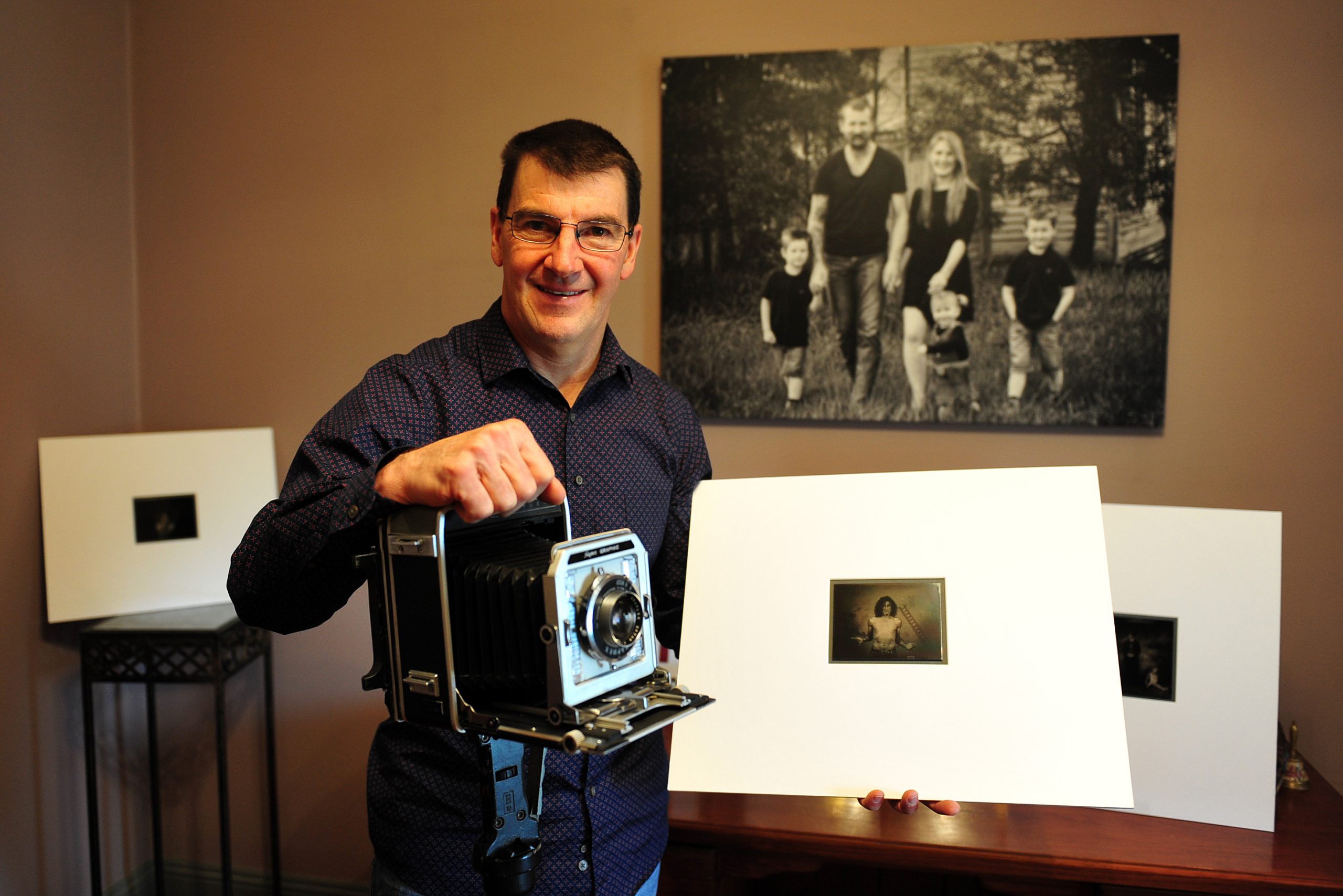 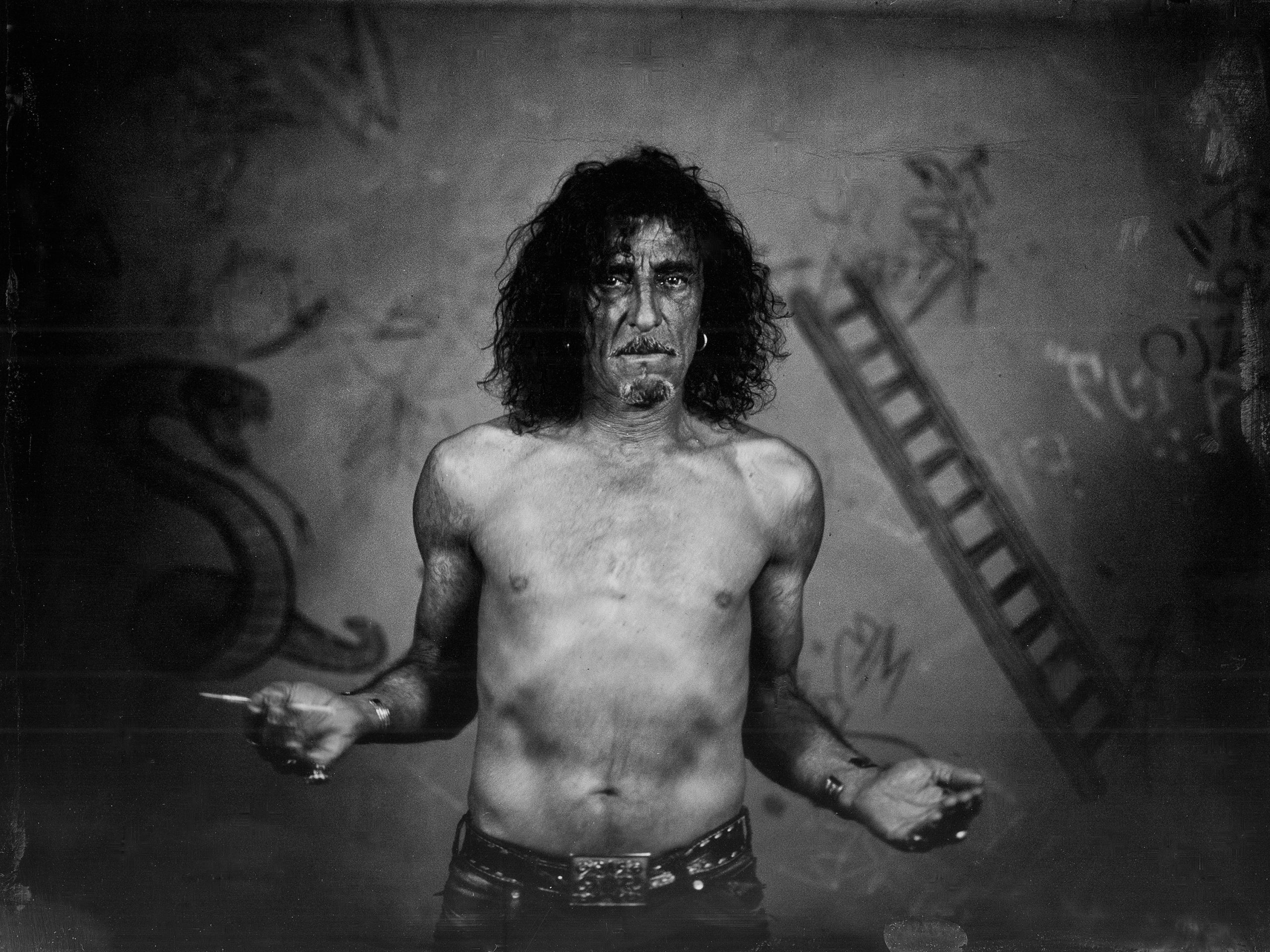 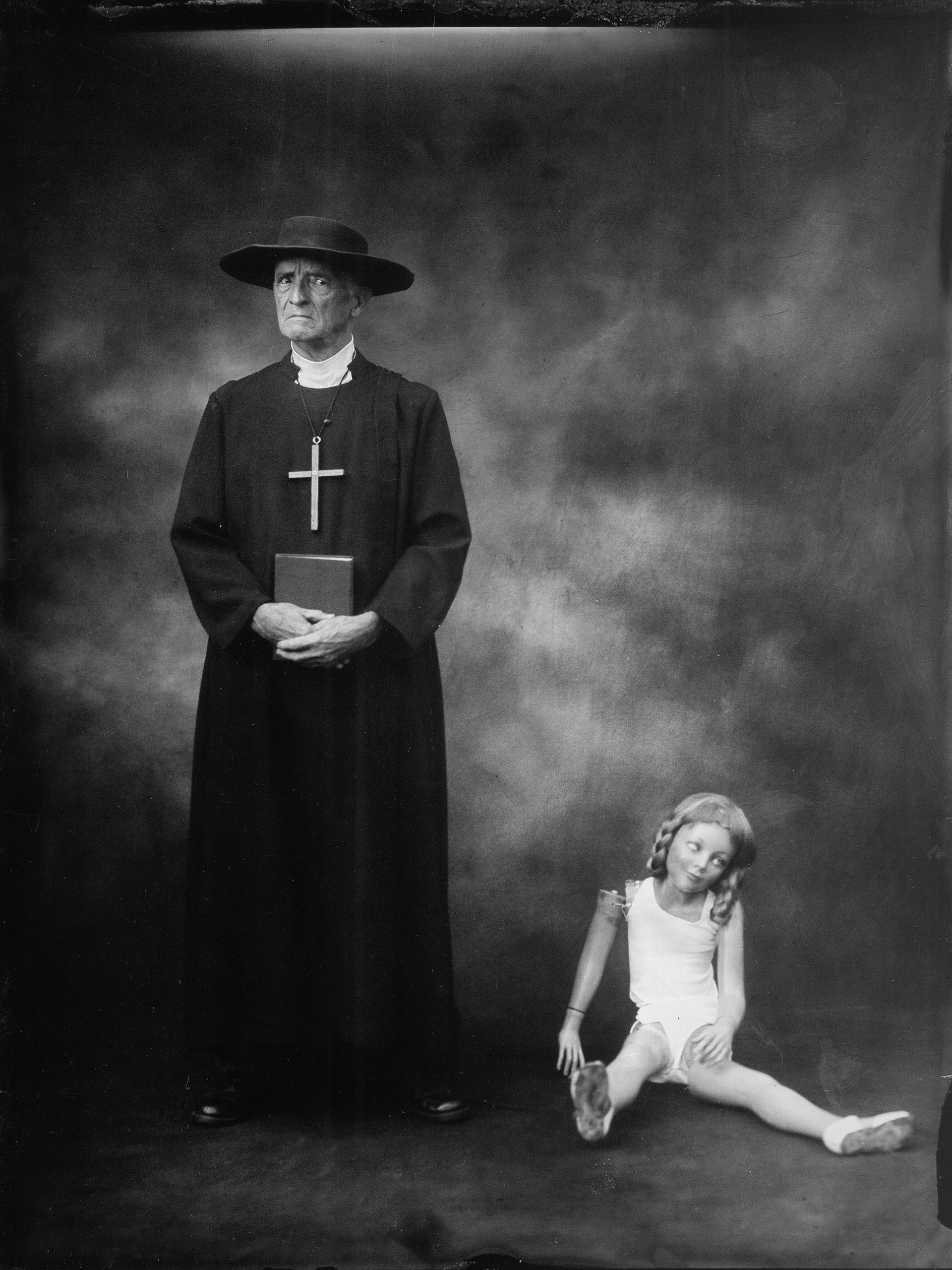 THE black dog of depression, drug addiction, sexual abuse and the impact of war on civilians.

These four themes could scarcely be further removed from Traralgon photographer John Ansell’s day-to-day subject matter, but they’re the cornerstones of his latest award-winning portfolio.

School photos, deb balls and portraiture are the self-described conservative photographer’s bread and butter, while his wet plate collodion work is now the toast of the industry.

He won the gong for a series of four prints using wet plate collodion, a process dating back to the 1850s which involves coating plates of aluminium or glass with a soluble iodide to make them sensitive to light and imprinting a single long exposure image on them using a large format camera.

It’s a painstaking process, with no margin for error and no post-production nip tucks, which was part of the appeal for the professional of about three decades.

“I really enjoy that this is really simple, back to basics. You take one image and it’s either good or it’s not. If it’s not you throw it away and make a whole new one,” Mr Ansell said.

“It’s just so different from what we do in our day-to-day work. I love… school photography and portraits and all that sort of stuff, but this is completely removed from that. It gives us a break to scratch the artistic itch.”

Mr Ansell’s four plates were a smorgasbord of powerful ideas.

One pictures a child as a lifeless broken doll beside an austere Catholic priest – a comment on the saga of sexual abuse in the church and its impact on the victims.

Another depicts Moe-based artist Mario Christou with a snakes and ladders backdrop, suggestive of the one step forward, two steps back battle with drug addiction.

Perhaps the most uncharacteristic print of the quartet is a still life representation of a civilian population literally burning as war rages around it.

“I had this idea that when we put our brains into neutral and don’t use them that it results with lots of wars and the civilian population generally pays the price,” Mr Ansell said.

“I was burning babies, pouring petrol all over dolls and doing all sorts of weird things… my wife was looking at me quite strangely.

“It’s really unusual for me to do a still life image, I just couldn’t figure out a way of actually using real people in that shot I wanted to do.”

The awards are peer-reviewed and entries are judged on criteria including impact, story and composition.

Mr Ansell said his entry was about telling a narrative with every frame.

“If it doesn’t have much impact or immediately tell you something about what the photographer is trying to say it probably doesn’t score all that well. It can be a nice pretty image… but it’s got to say something,” he said.

“I’m a fairly sort of conservative photographer yet my wet plate stuff is not as conservative, it tries to tell more stories.

“To be recognised by your peers, it’s judged by photographers, is really good.”

More than 580 entrants submitted a collective 2200 images for consideration in this year’s awards, the 40th held by the Australian Institute of Professional Photography – the nation’s largest photographic membership body.