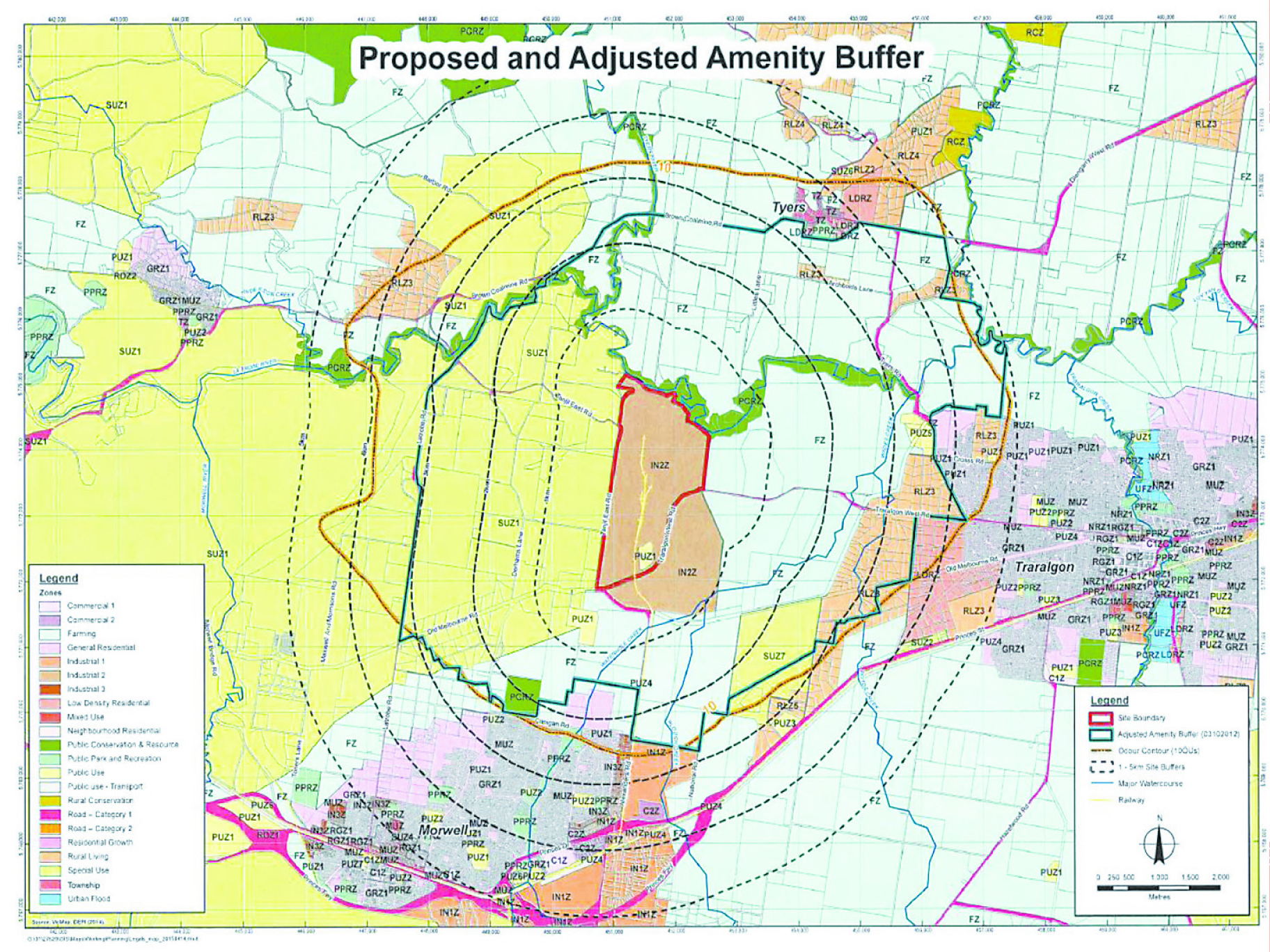 IT’s been said the smell emanating from the Australian Paper Maryvale Mill could “cut the air with a knife”.

Although the rotten egg-like perfume is anecdotally infrequent, the Latrobe Valley’s largest employer has sought to maintain a five kilometre development buffer around the Maryvale site.

At Latrobe City Council’s meeting on Monday, a boundary was set with some adjustments to skirt around settled areas in the west end of Traralgon, the northern part of Morwell and Tyers.

It was also agreed the ‘odour buffer’ would be called a ‘rural lifestyle precinct’, addressing nearby landowners concerns the boundary restriction could cut property values.

Residents Workgroup Committee chair and Traralgon west resident Sal Testa said nine residents had lobbied against the odour buffer for about three years, arguing many within the boundary could not smell a thing.

He said the residents were predominantly happy with Monday’s decision – renaming the odour ‘buffer’ and adjusting the boundary line so it does not contain any residential areas.

However, he said there was still concern any development could be “hijacked” by the mill or the Environment Protection Authority, leaving subdivision outside of the council’s discretion.

In council documents, Australian Paper said it was important to understand that the purpose of the buffer was to reduce community impact related to process upsets, malfunction and adverse weather conditions.

“This buffer is not designed for average normal day-to-day running conditions,” it said.

Latrobe City councillor Graeme Middlemiss said he would not have voted to change the buffer name if he was not convinced the odour bypassed those in the affected boundary area.

Cr Middlemiss said landholders from the west part of Traralgon had offered to put monitoring stations on their property to prove their point.

He explained an understanding that many landowners were sheltered from any odour due to the geographic nature of the area.

He said there would be no further subdivision within the boundary, but there was nothing stopping residents who had already been approved.

Bruce Barrett of Scrubby Lane in Traralgon said the smell from the plant was “ripe” and could cut the air ‘like a knife’, but had caught such a whiff outside the mill or closer to Traralgon, not at home.

“I can’t say I’ve ever experienced the odour here. It’s like an aeroplane wing; it scouts over the top of us and lands further into Traralgon,” Mr Barrett said.

The retired resident said the decision was still concerning as he may like to subdivide the block or his farm blocks at Tyers at some stage.

“I’ve (also) noticed a few homes don’t seem to be selling like they were.”

In council documents, Australian Paper said it was important to understand that the purpose of the buffer was to reduce community impact related to process upsets, malfunction and adverse weather conditions.

“This buffer is not designed for average normal day-to-day running conditions,” it said.