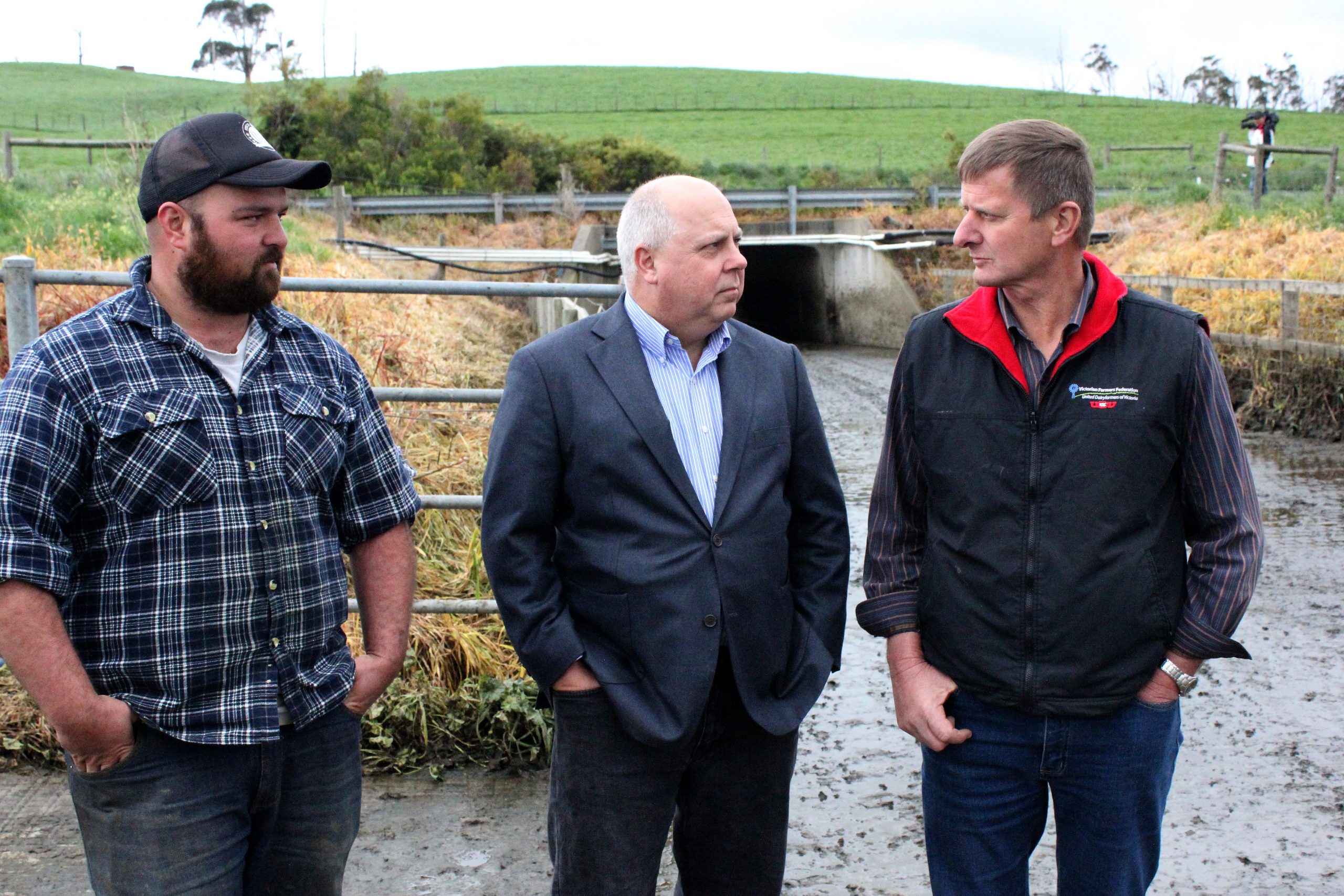 Gippsland farmers are set to milk the cash cow of the Port of Melbourne lease, with grants available to build livestock underpasses.

Treasurer Tim Pallas announced proceeds from the $9.7 billion lease would fund a scheme to build cattle underpasses while visiting a dairy farm at Berrys Creek on Thursday.

The Victorian Farmer’s Federation will administer the $3 million scheme that invites dairy and beef farmers from around Victoria to apply for grants of up to $50,000.

“It’s a small part of what will be a substantial and continuing investment in the state of Victoria in agriculture and infrastructure, which is an $11.9 billion industry,” Mr Pallas said.

It follows a government promise that 10 per cent of lease proceeds would be invested in regional and rural Victoria, totalling more than $970 million.

Given the substantial sale of lease, Mr Pallas clarified that the $200 million would be in addition, and not taken from the 10 per cent allocation as previously designated.

“I’ve announced today that we will be adding that $200 million to the 10 per cent and not taking it from it,” he said.

The project is the sixth round of the cattle underpass program started by the former Bracks government in 2000.

Some 500 underpasses have been built in Victoria since the late 1990s.

Berrys Creek dairy farmer Mark Dowling said the underpass beneath the Strzelecki Highway, which was built in 1997, allowed him to move his 450 Frisians and Jerseys safely to the milking sheds across the road each day.

Mr Dowling said the stock were much calmer for their safe passage and he didn’t have to worry about road traffic.

“Before the underpass you used to have to hold all the cows back and go as a group, go back at night, hold them as a group and bring them across,” he said.

Longwarry dairy farmer John Versteden of United Dairyfarmers Victoria and Victorian Farmers Federation said the underpasses were safer for farmers and drivers on the road.

“The last thing you want is (to be) travelling along the road at 100 kilometres per hour and finding 500 cows on the road. It’s not a good experience for anybody,” Mr Versteden said.

He said the project would also allow farmers to expand their operations across a highway or road.

Comparing it to mental health funding during the dairy crisis, he said farmers would see the full benefit of the $3 million scheme, with “bricks and mortar” projects that created work in the region.

“It’s hard to measure the benefit of that (mental health support) and half of it gets sucked up through administration, so this is a really good outcome and you can see the $3 million benefit,” Mr Versteden said.