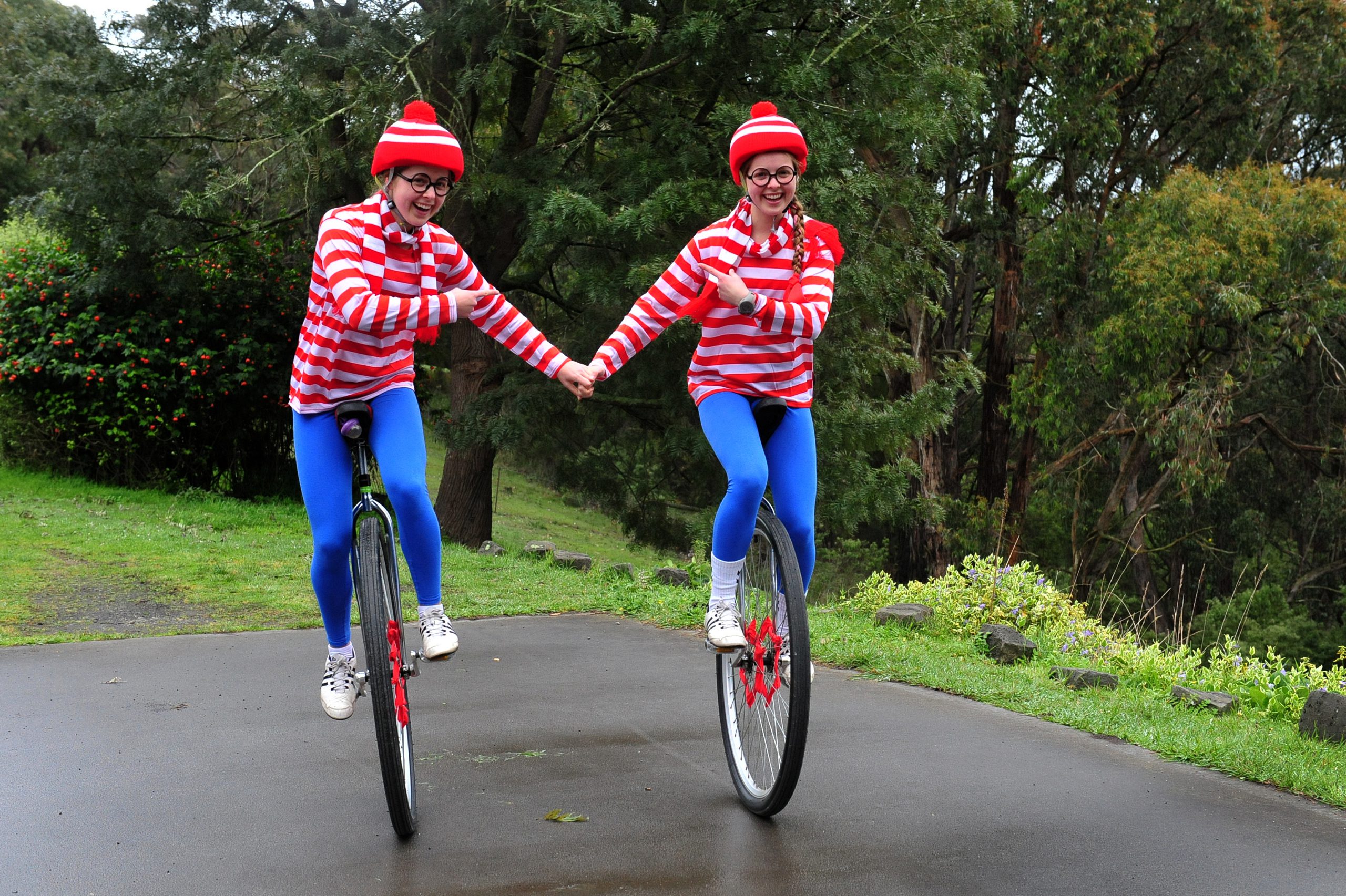 THESE twin sisters are just as good at balancing as the famous ballet dancer that shares their name.

Amanda and Sophie Fontaine are at it again, traversing a whopping 50-kilometre journey around Port Phillip Bay on just a single wheel.

It’s the seventh time the unicycle enthusiasts from Hernes Oak are participating in the Around the Bay bike riding challenge that raises money for the Smith Family, which assists and supports disadvantaged students.

But this time they’ve also had to balance a busy schedule preparing for their year 12 exams.

“We love doing it and we’ve done it every year since we were in year six. It’s a great charity to support and it’s been a good outlet from study,” Sophie said.

Amanda said the pair hoped for good weather, adding rain and wind was often a big factor in how the ride would go.

“The atmosphere is always really nice though… almost like a festival with food stalls, bikes and random games,” she said.

The sisters have so far raised more than $1000, but are urging locals to donate to the cause prior to event on Sunday, 9 October.

Since 1993, riders have helped more than 19,000 disadvantaged students by taking part and getting sponsored by friends, families and colleagues. The Smith Family’s Victorian general manager Anton Leschen said every dollar raised by riders helped children in need make the most of their time at school.

“More than one in 10 children are living in disadvantage in Australia today and this limits their choices, opportunities and outcomes in life,” Mr Leschen said.

To show your support visit aroundthebayfundraising.com.au and search for ‘Where’s Wally’.