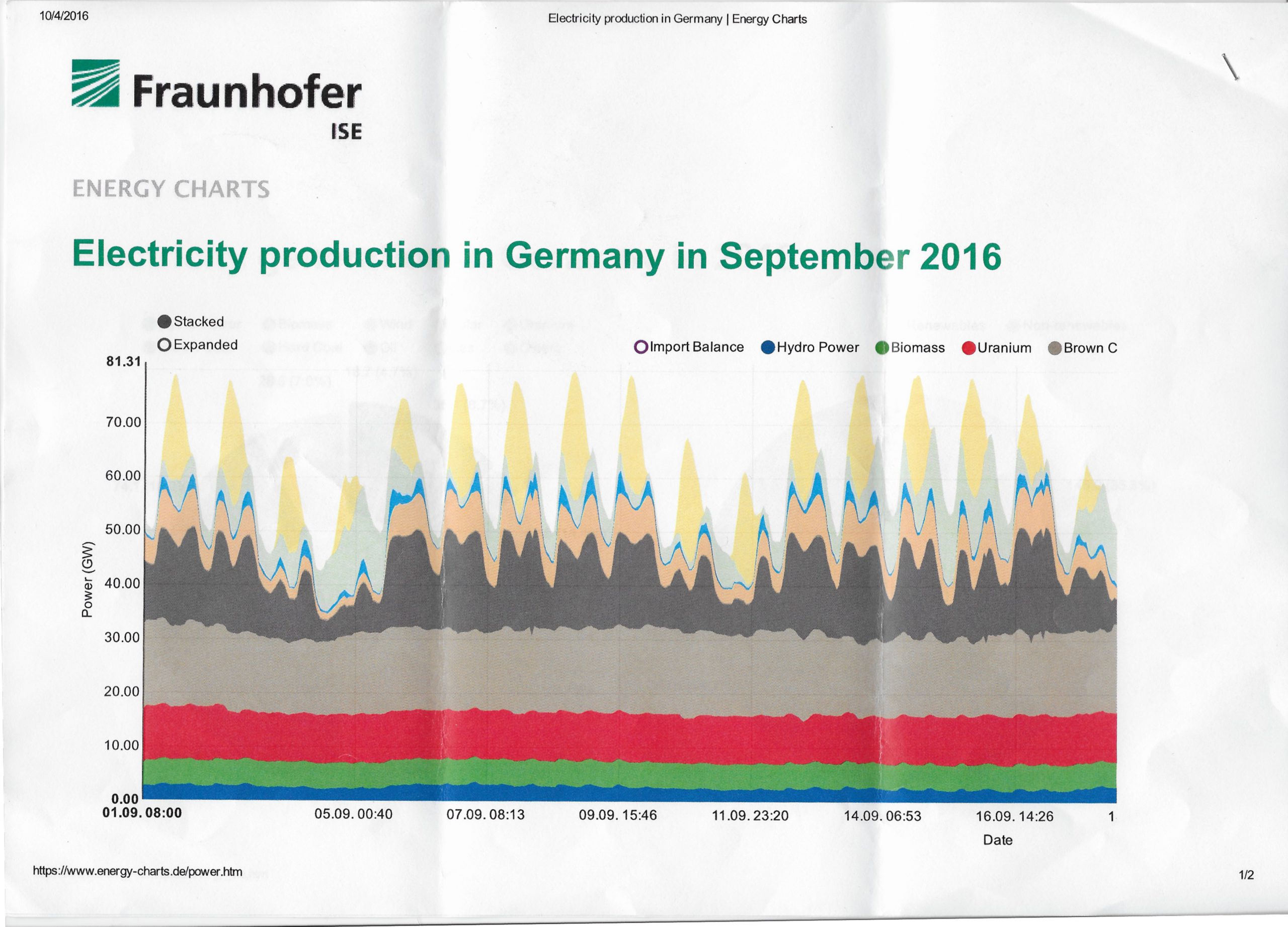 While debate intensifies about the future of the Latrobe Valley’s power industry, Germany, the biggest brown coal producer in the world, has been building new coal-fired power stations to ensure the lights stay on.

Coal still accounts for 42 per cent of Germany’s power supplies – brown coal (lignite) 24 per cent and hard coal (comparable to black coal) 18 per cent – despite the country’s drive to expand renewable energy.

Including gas and nuclear, non-renewables produce 64 per cent of Germany’s power.

Germany is the largest electricity market in Europe, with peak demand more than 85,000 megawatts.

A 2012 report into the future of Europe’s coal-fired power stations by Finnish consultant Poyry also noted the German Government had no specific policy to phase out coal and lignite generation, unlike its forced closure of nuclear plants in favour of renewables.

“It is increasingly concerned about security of supply… they also acknowledge coal and lignite generation are necessary technologies to provide back-up electricity when renewables generation is low,” a Poyry spokesperson said.

Germany opened two new brown coal plants in 2012, with one in Essen at 2200 megawatts capacity, larger than Loy Yang A.

Eight hard coal plants are being built, while two more brown coal plants, respectively 1100MW and 660MW, are well into planning, as is a 600MW hard coal plant by Dow Chemical. The 13 new plants total 14,208MW. Many hard coal plants, however, have been cancelled in recent years. The Department of Energy says lignite, unlike hard coal, is unsubsidised and there are enough reserves “to last for a very long time”.

Germany remains the world’s largest producer of lignite, followed by Australia, Russia and the United States, although Germany’s lignite production has halved since 1980.

About 90 per cent of Germany’s hard coal supply is imported.

Renewables, as well as the above, include geothermal, and biodegradable municipal and industrial waste.

These included rising capital costs, fierce local and environmental opposition, the priority given to renewables, falling demand, low wholesale electricity prices and the expectation of higher carbon prices in the future. However, the Poyry spokesperson said generation from modern coal and lignite plants could stay high beyond 2020.

“Germany’s low-cost coal generation is replacing more expensive gas-fired generation in neighbouring countries. We foresee no closure of coal or lignite plants due to economic reasons,” the consultant said.

As in the Latrobe Valley, Germany’s brown coal power plants operate close to the open-cut mines.

Germany’s Mining and Energy Department says that since operations began, about 176,490 hectares have been used for lignite mining, with about 69 per cent recultivated – 19 per cent as agricultural land, 30 per cent as woodland and forest, and 13 per cent made into water areas.