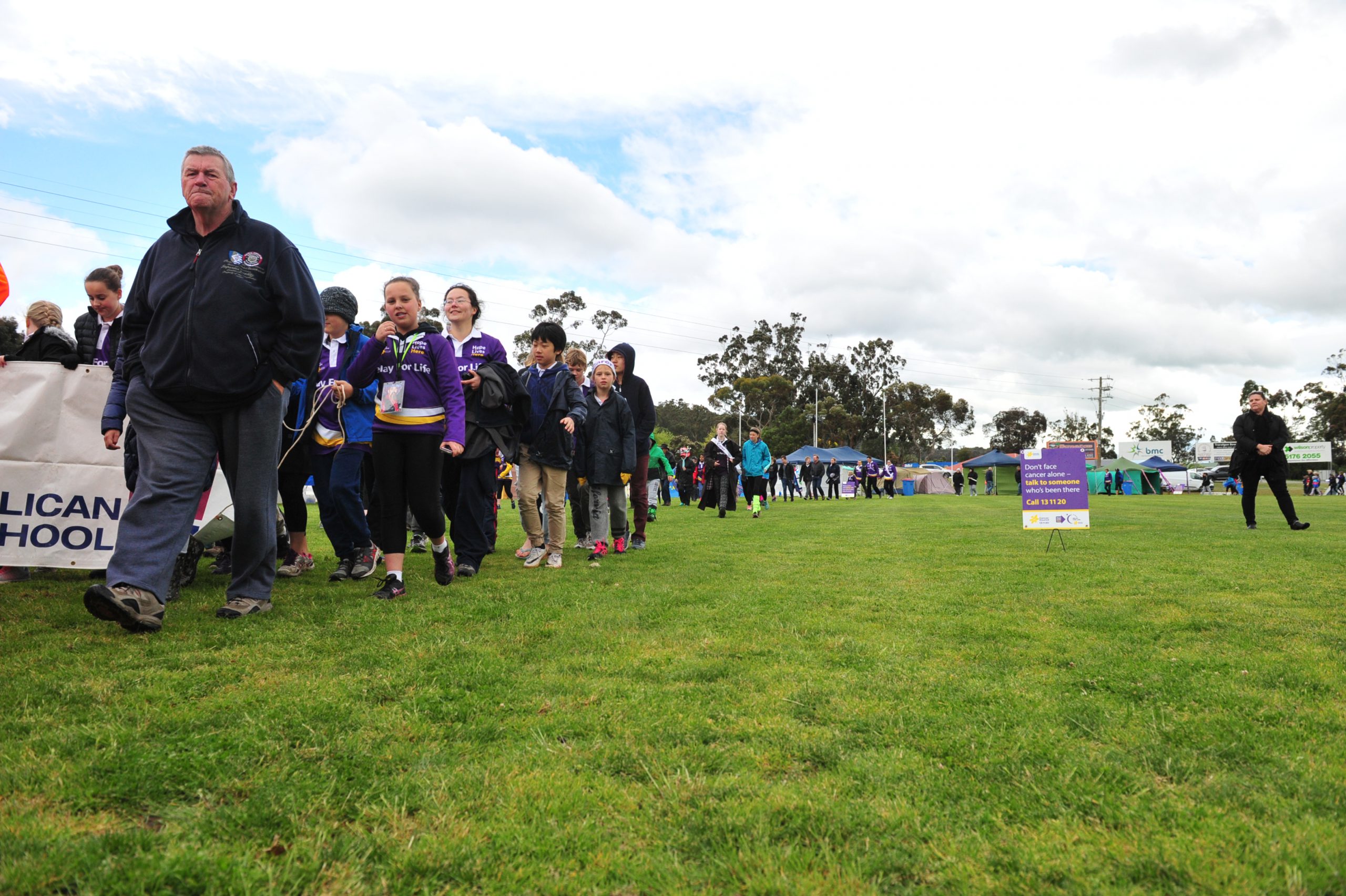 After months of fundraising and a day and a night spent walking in support of cancer research, Latrobe Relay For Life participants finally received the news they were waiting for.

Yesterday morning it was announced the event had raised more than $1 million across its 15-year history.

Participants walked around the oval at Tyers Recreation Reserve from 4pm Saturday until 10am yesterday.

Despite strong winds and rain they continued on and there was no thought of stopping.

This year there were 399 participants across 30 teams.

The event concluded with four doves released in honour of those who have fought cancer.

“I truly believe it’s because everybody knows somebody or is touched by somebody with cancer,” Ms Van Heurck said.

“It’s a very powerful motivator to live in a cancer-free world.”

For full coverage of this year’s Latrobe Relay For Life, including photos, see Thursday’s Express.