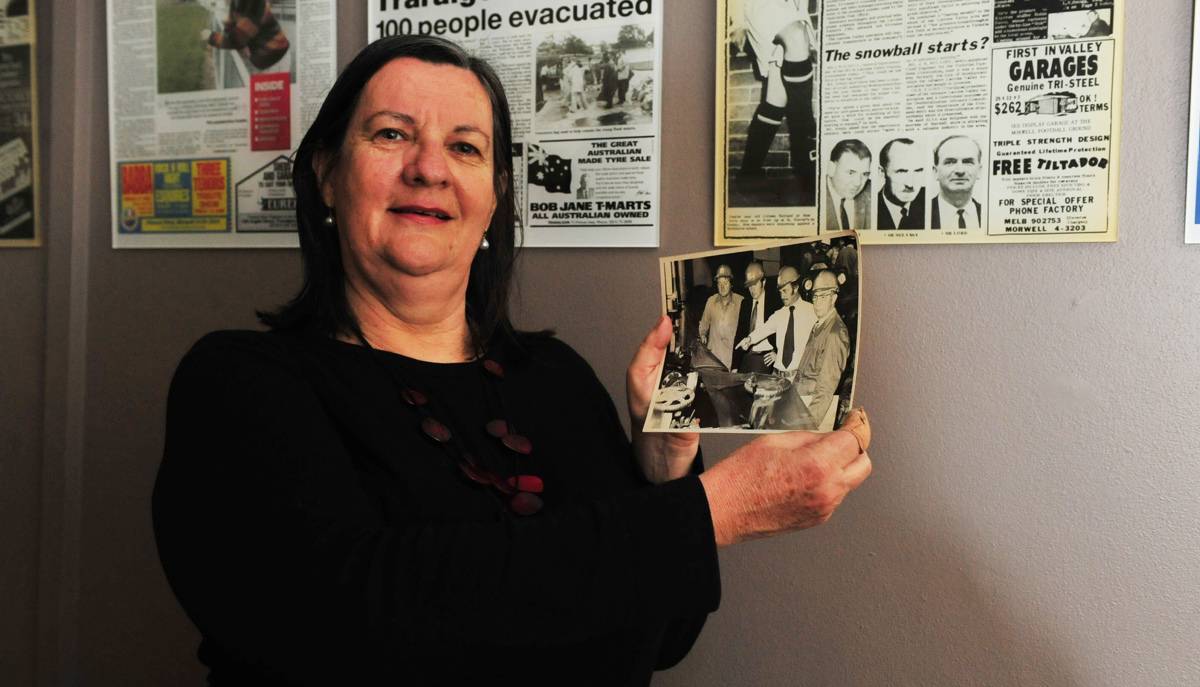 IT was a visit from the widow of a worker whose husband had died of an asbestos-related injury, which prompted lifelong trade unionist George Wragg to become involved in a push to reform the Central Gippsland Trades and Labour Council.

The Nottingham-born migrant had arrived in the Latrobe Valley in 1956. He was a State Electricity Commission shop steward at the time when he became moved by the woman’s fight to have her claim for assistance processed by her husband’s union.

What he found when he looked into what was then the Central Gippsland Trades and Labour Council was an organisation firmly in the grips of the “Groupers” – the industrial groups established by conservative and Catholic forces in the labour movement to stem communist infiltration of unions.

“The ALP had split at that time and what he found was the Central Gippsland Trades and Labour Council didn’t work – it was completely inactive,” his daughter, Cheryl Wragg, told The Express.

“It wasn’t even able to process or be advocating on behalf of people who were dying of industrial injury.”

George wasn’t the only Latrobe Valley unionist disappointed with how the organisation ran and together set about organising to take over and make it an effective voice for workers.

The takeover was achieved in 1960.

“What they were seeking to do was get the politics out, get the ideology out of the Central Gippsland Trades and Labour Council and turn it into a union body that could fight and would fight for improved conditions and pay for people in the power industry,” Cheryl said.

“They wanted a progressive, active, trade union structure that was fighting on behalf of workers and their families in this region and that’s what they sought to achieve and they did achieve that.”

The story of the transformation of the council and its role in the three month 1977 SEC strike, which caused massive disruption in the regional power industry and community, is among the stories that feature in George’s book, ‘Fourpence to Join’.

The book takes its name from the cost of joining George’s union, the Amalgamated Engineering Union.

Cheryl said a publisher had shown interest in publishing the work and she was now looking for people interested in pre-ordering a copy.

“The publisher of the book is Left Press in association with Bent Banana Books and they’re located in Queensland,” she said.

“They specialise in labour history publications and they also have a relationship with filmmaker Peter Gray who did ‘Know Your Friends, Know Your Enemies’ (with Garry Lane about the 1977 strike), which is how I came upon them via Peter.”

The hardcover book will sell with a copy of ‘Know Your Friends, Know Your Enemies’ and includes an essay written by George about the 1977 strike. It costs $40.

Cheryl said the publishers were seeking a pre-order of 50 copies and said the book was relevant given the speculation surrounding the future of Hazelwood.

“One of the really strong features of this book is that when these people came into the Valley… they found a trade union organisation that was in disorder, they found a community that was not politically organised that was going through immense changes, huge changes and yet was voiceless.

“Today we are facing a very similar situation – we are politically disorganised as a community, we don’t have effective leadership, we are fairly voiceless.

“This book is very relevant. This really is important history to where we’re up to today.” To order a copy of ‘Fourpence to Join’, phone Cheryl Wragg on 5127 3790.