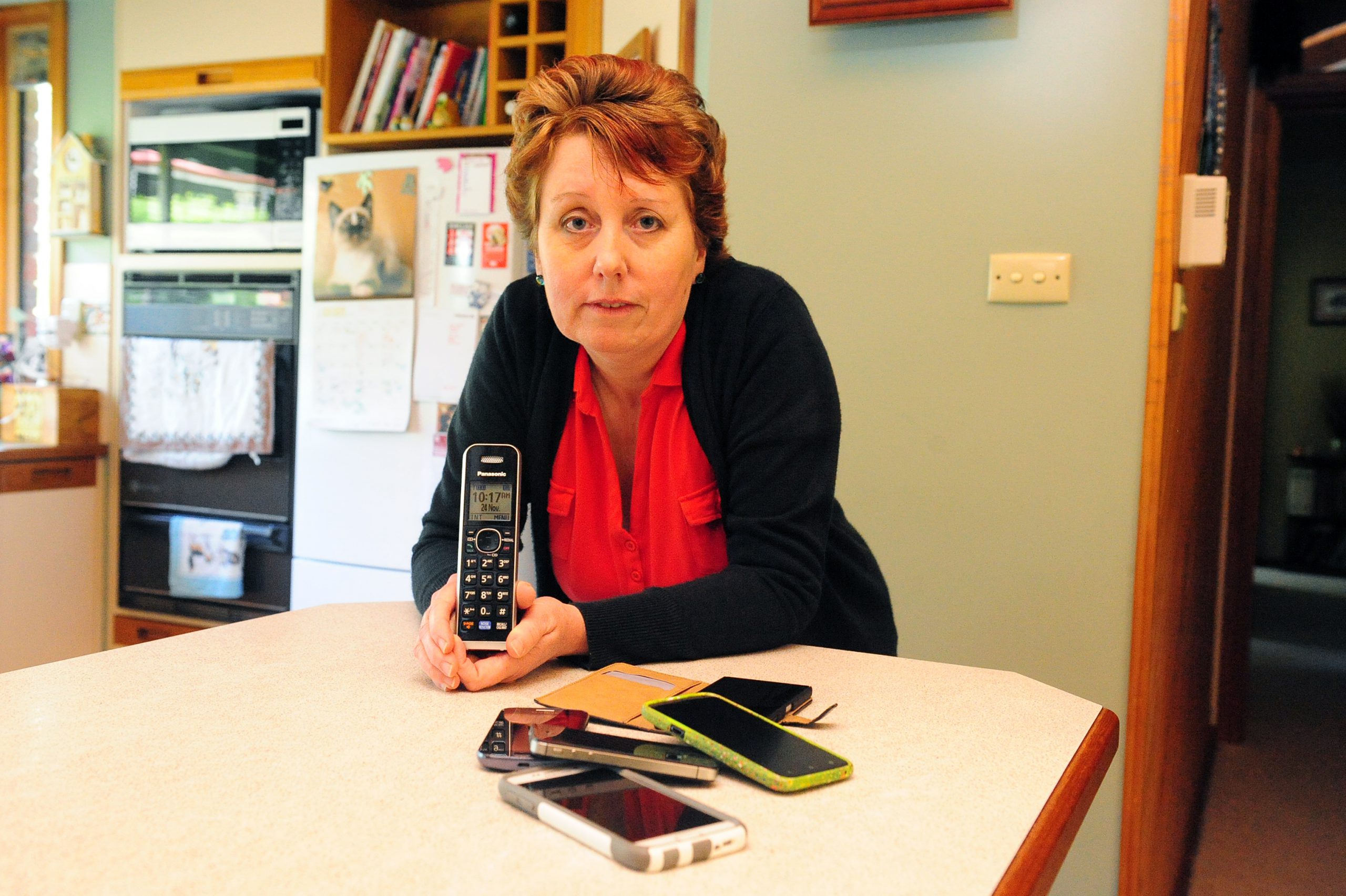 Patricia Laine says she will never take staying connected to her loved ones for granted again.

The Traralgon South resident, who lives three kilometres out of the township, is only recently in touch again after living without a working landline or mobile coverage for seven weeks.

The 50 year-old artist lives with her husband Alan and her two sons in a ‘blackspot’ – an area with poor to non-existent mobile phone coverage.

After trying to improve her mobile phone coverage at her home and told by Telstra staff, “well, at least you’ve got your landline”, the line became crackly and cut out in early October.

“We had to resort to sending emails to keep in touch with family and friends. My husband and I both have elderly parents so this was extremely stressful as you can imagine,” Ms Laine said.

She said the telecommunications company came out to fix the faulty line five times, with complications arising when the case was “closed” before the repair was complete.

After more confusion with two separate maintenance crews rocking up at the house unannounced, the line was finally working in mid-November.

“I can’t describe the relief that we could actually ring,” Ms Laine said.

“I’m not a whingey person, but it was seven weeks without a phone at all.”

Telstra said Ms Laine was not a fixed-line customer, and only a ‘pre-paid mobile user’.

In a statement, the company said there was a structural separation to the company’s ‘retail’ and ‘network’ business, which operated its infrastructure.

“Telstra’s network and retail businesses are being separated to address concerns that their integrated operation was advantaging Telstra over its competitors and holding back competition,” a company spokesperson said.

Ms Laine said she was an Aussie Broadband customer, but stressed the line infrastructure was Telstra’s.

She said she still had concerns for her family’s safety if unable to communicate during a bushfire.

Her home was narrowly missed by the Black Saturday bushfires in 2009 and she remembers the home phone line cutting out.

It was for this reason that she wrote to Member for Gippsland Darren Chester about funding a ‘base station’ in her area as part of the ‘Mobile Black Spot Program’.

Initiated in 2013, the program has created an online database of all mobile phone black spot locations in Gippsland.

Ms Laine suggested the government should also consider offering a rebate for Telstra Mobile Smart Antennas that can cost up to $2000 for residents living in bushfire prone zones.

The device, which amplifies a weak mobile phone signal, has enabled the family to use their mobile phones within their home for the past few weeks.

Mr Chester said there was a long list of areas that required mobile phone upgrades and he would continue to advocate on behalf of Traralgon South residents.

“Round two of the program will be announced soon, and greater weighting will be given to base stations that offer extended battery life to support longer operation during disasters,” Mr Chester said.

He said so far the government had committed $220 million to the program to help build 499 new or upgraded mobile phone base stations in small communities and locations prone to natural disasters.