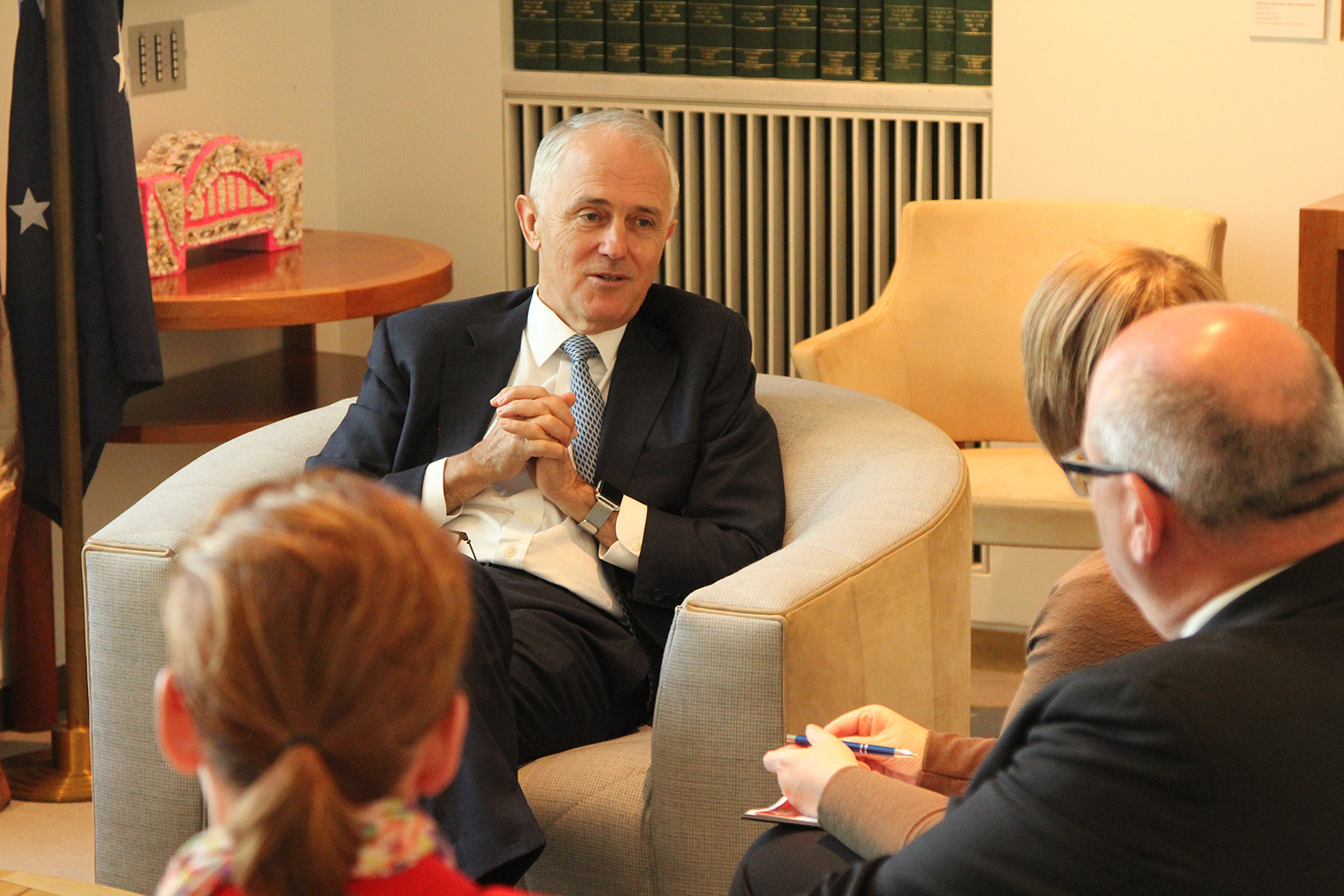 PRIME Minister Malcolm Turnbull has met with Latrobe City Council to hear firsthand its plans for the region’s transition.

Council’s ‘strength-led’ transition document includes an explosion of ideas from Latrobe Valley residents, business and industries on ways to transform the region including a Gippsland ‘fast rail’, aged care hub and out-posting of Federal Government agencies.

Cr O’Callaghan said these ideas were shared with the PM, with Mr Turnbull particularly interested in the need to boost the region’s rail service and government department decentralisation.

“As a region we have demonstrated our ability to grow, recruit and retain highly skilled professionals to support our current federal agency, ASIC,” she said.

“The Prime Minister was interested in the potential of decentralisation and relocation, and we spoke about government departments prioritising Latrobe as a support base for this.”

Cr O’Callaghan acknowledged while this “isn’t necessarily going to translate to those workers coming out of Hazelwood” it would support the region’s diversification.

Mr Turnbull and Mr Frydenberg are yet to visit the region since power giant Engie announced the Hazelwood power station and mine would close by March 2017 on 3 November.

Friday’s meeting was the first time the two had met with Latrobe City representatives since the announcement.

Mr Chester, who orchestrated the discussion, said it was important meetings between local and federal governments were held.

“One of the great things about the democratic system is that community members can have a chance to put their case to the most senior politician in the country,” Mr Chester said.

“It (this meeting) allowed the council, including the mayor, to make a case for additional investment directly to the Prime Minister.”

“The Prime Minister was warm, engaged and interested to hear about our community post the Hazelwood closure announcement,” she said.

“We also spoke about the need to work together for the long haul, acknowledging that this will require a long, respectful and inclusive partnership between all levels of government.”