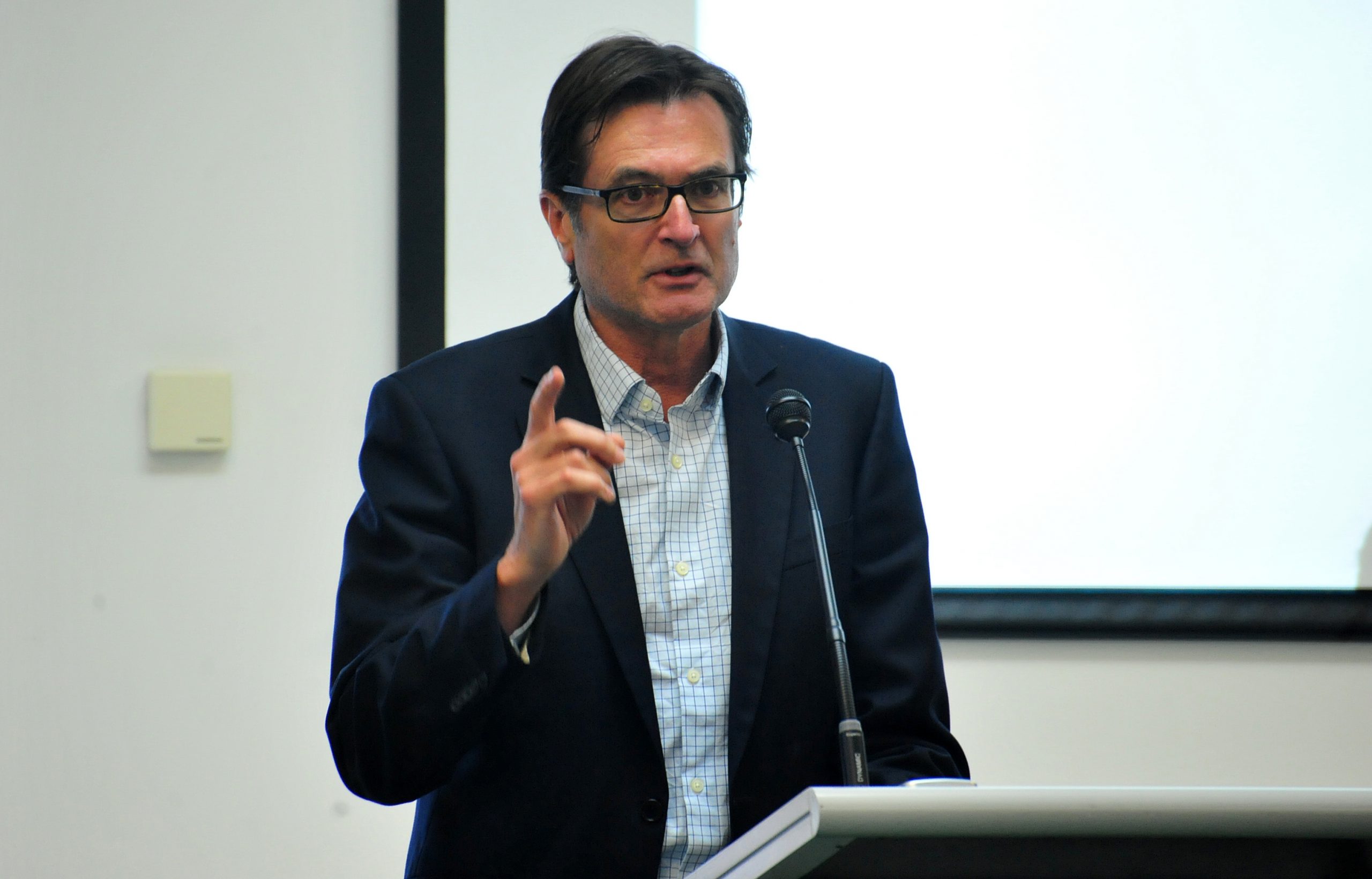 THERE was a period five years ago when it was difficult to pick up a newspaper or attend a community forum in the Latrobe Valley without encountering Greg Combet.

At the time the then-Gillard Government industry and climate change minister was tasked with convincing the public the carbon tax wasn’t going to do them out of a job or send their power bills soaring.

The plan included provisions to close brown coal-fired generators and not long after its announcement, the Latrobe Valley found itself in the national spotlight.

During that time Mr Combet visited the region for talks with unions, meetings with generators and forums aimed at finding a new way forward which capitalised on the region’s existing strengths.

That tax – and the closure plans it included – are long gone, but the former minister and Australian Council of Trade Unions chief is still struck by the strength of the region.

“Every time I’ve been down here I’ve always gone away thinking there’s very good people here and I’m sincere about that,” he said.

“I always had confidence in the strength and capacity of people and their resilience to get through periods of change and that’s what’s upon us again.”

With Hazelwood again facing closure – very definitely this time – Mr Combet visited Morwell for the Engineering for Defence forum in his capacity as the State Government’s defence industry advocate.

While defence manufacturing and engineering is quite different from the type of work required to support the power industry, he believed it provided an opportunity.

“When I was a minister… I was always thinking where in our small and medium enterprises have we got the capacity to take opportunities as they come along,” Mr Combet said.

“And of course the Latrobe Valley is one of those.

“There were always very professional representations put to me by people from the Latrobe Valley about what was here and who are interested in engaging with government about opportunities that existed.”

In 2013 Mr Combet left the front bench after Kevin Rudd returned to the prime ministership and soon announced he would not contest his seat at the upcoming federal election.

In Parliament Mr Combet represented the seat of Charlton, which takes in coal mining areas in New South Wales’ Hunter Valley and parts of Newcastle.

Newcastle experienced its own difficult transition following the closure of the city’s BHP steelworks in 1999. But he said the region demonstrated it was possible to recover if the community pulled together.

“A lot of emphasis was put into medical research and medical technology in the Hunter and that was supported by government and private investment,” Mr Combet said.

“It’s now one of the leading regions in the country for medical research work and you can do things like that if people pull together.”

While more than three years has passed since his involvement with the Latrobe Valley at a ministerial level ended, he is still able to rattle off a list of potential opportunities.

“What are the technologies that you can apply to brown coal and brown coal fired electricity generation?” Mr Combet said.

“I always thought about things like that, but you’ve also got agricultural industry, the proximity engagement with the off-shore gas industry and on-shore gas processing, the manufacturing and engineering capabilities that’s here, the post-secondary education, the health sector, aged care.”

Nevertheless, he remained positive about the region’s prospects.

“Many regions have been hard hit by economic change, the Latrobe Valley obviously included, over a long period of time,” Mr Combet said.

“But it’s the resilience and passion of people to find new ways of forging a living that means they pull through.”