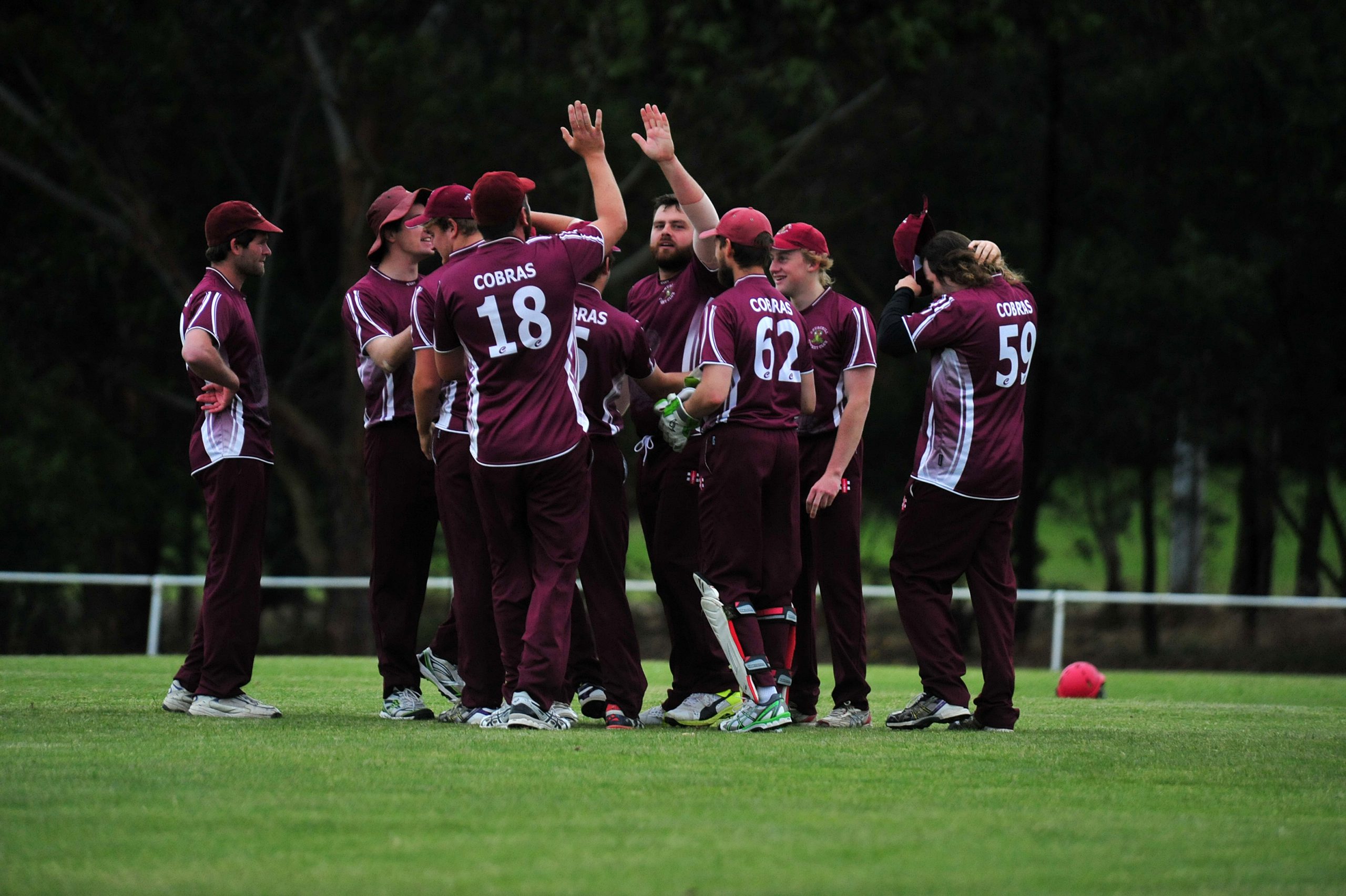 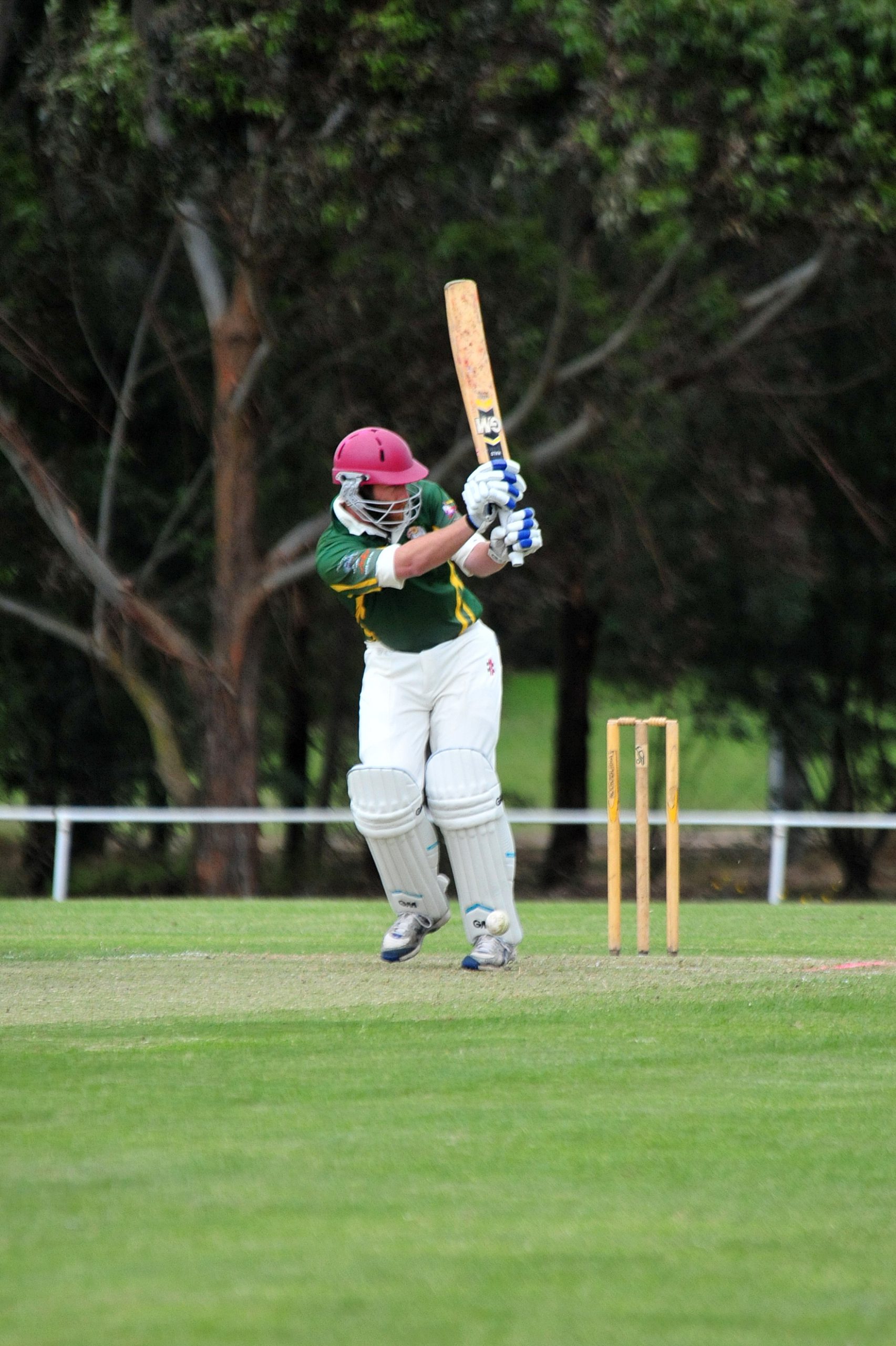 Rovers produced the upset of the round with a narrow win against the highly fancied MTY Raiders as the teams of the Traralgon and District Cricket Association A grade competition put away the whites and returned to mode.

After winning the toss Rovers elected to bowl and managed to bundle Raiders out for 133 in 44 overs.

Rovers started their run chase disastrously when Mann was dismissed for a duck by Knowles.

Kev Stoddart (27) and Dougal Williams (37 not out) steadied the ship as Rovers took the points.

Knowles and each took two wickets.

IN what was a clash between Toongabbie and Churchill, the Rams won the toss and batted.

The Cobras gained the early advantage when their two gun recruits Calum Turner (5) and Tim Garner (12) were both back in the sheds.

When Jason Veneman went for 2, followed soon after by Jon Bell (1) and Michael Dunn (8) the Rams had slumped to 5/54.

Rob showed his class, holding his nerve to top score with 57, while Chris Bell (26) and Tom Shippen (21) steadied the lower order as Toongabbie posted 8/173.

Andrew Shepherd was best for the Cobras with 4/25. Churchill battled through an impressive Rams bowling outfit but fell short by 18 runs thanks mainly to a wonderful knock from Shepherd who made 78 to cap off a great match. Paul Metlikovec was the only other batsmen to show resistance with 29.

Shippen and Tim Dunn with three wickets each were good for Toongabbie.

IMPERIALS defeated Centrals by seven wickets and with overs to spare in their match at Catterick Crescent Reserve after winning the toss and electing to field.

Mark Rawson led the way for Centrals with 67 after giving four chances that were put down by the fielders. Corey Pollard made 28 not out while Stuart Brooks got 18 in the total of 133 off 43 overs.

Nathan Campbell showed why he is one of Gippsland’s premier leg-spin bowlers with a fabulous display, taking 4/21 off nine overs, spinning the ball at will with a wrong ‘un that was unplayable.

Scott Aitken bowled a great line to take 2/12 off his nine.

Imperials started poorly, losing Matt Hibbs LBW for a duck, but from there everything clicked for the Devils who took over the match.

Stuart Jones was playing some great shots and top scored with 61 not out, while Ross Williams made 27 as Imperials romped home with seven wickets and 11 overs to spare.

DESPITE a fantastic start CATS was unable to overcome in their match at Traralgon’s St Paul’s Anglican Grammar School on Saturday.

CATS skipper Dan Nicholls won the toss and elected to bowl first in a move that paid dividends as the Sharks collapsed to 4/49 with James Pryde (1), Lee Stockdale (0), Jackson McMahon (14) and Adam Jaensch (14) all out.

Ric Battista held his nerve to top score with a well made 62, while Andy Mathews was stoic at number nine with 28. Brad Foster turned back the clock in a fantastic spell of 5/12 from seven overs while Steve Morgan took three wickets.

CATS started the run chase well and at 1/56 was well on top.

Josh (22) and Ben Julin (32) were leading the way, but their departures saw the Sharks bowlers put the foot down and run through the middle order. Dan Nicholls made 18 as CATS was bowled out for 119.

Glengarry recorded a crushing win over Gormandale in their match at Traralgon’s Stoddart Oval.

Glengarry batted first and produced a good score of 166.

The Tigers never got their act together, losing wickets consistently, with Nilantha Thillekarathna – making his debut for the Tigers – top scoring with 52.

Gormandale was eventually dismissed for 103. Max Merton, James Porter and Paul Henry each took two wickets in a powerful display.