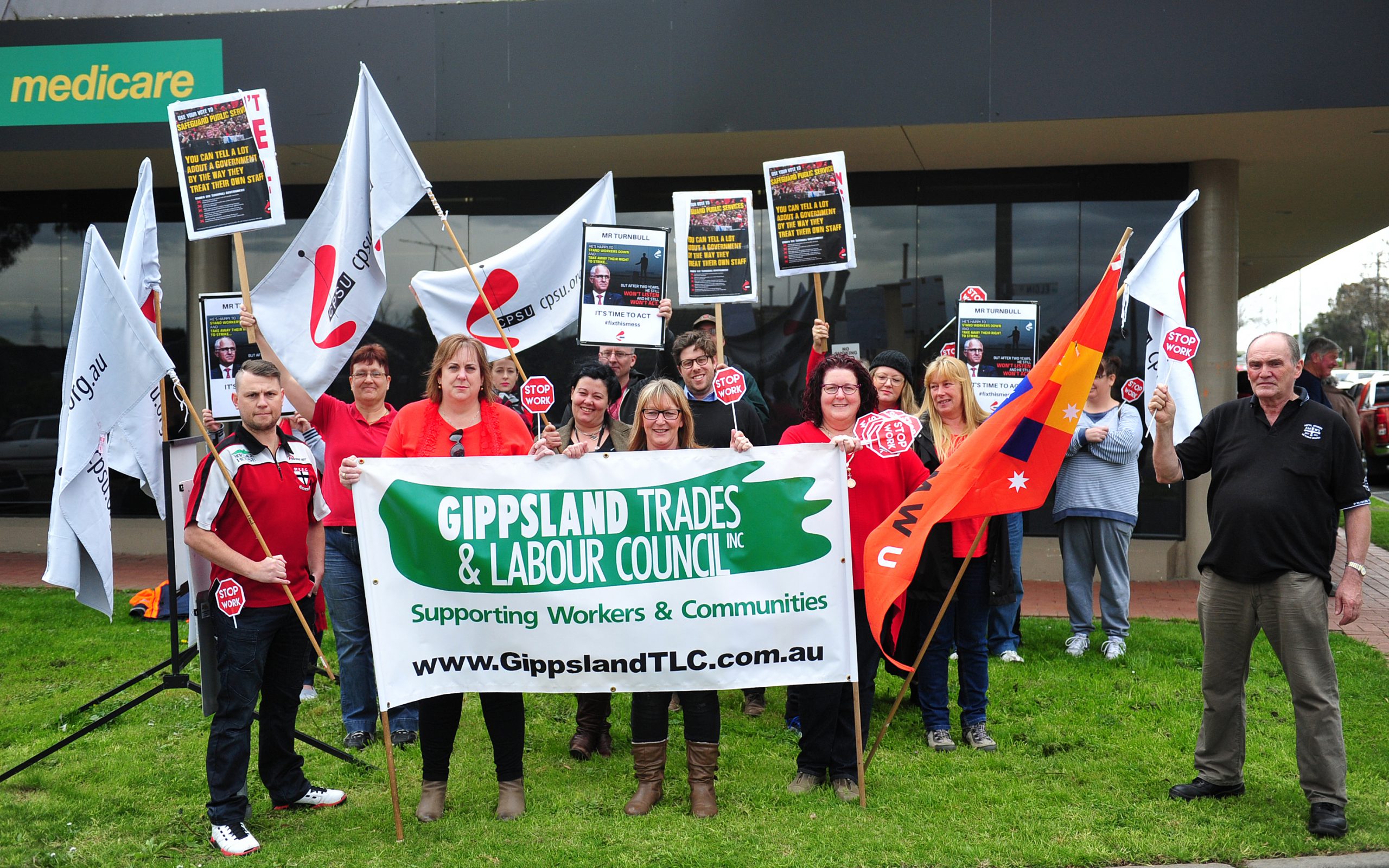 CPSU voted down a third agreement with a 74 per cent majority last month as the union and its members continue to reject proposed changes to working conditions affecting flexibility for carers and parents.

CPSU organiser for south-east Victoria, Michael Cornthwaite said with a majority of public servants being working parents, preserving conditions was the main goal of bargaining.

“It’s around control of working hours and the department is looking to pretty much casualise the workforce and create conditions where people won’t have long term certainty over their hours,” Mr Cornthwaite said.

“They’d be renegotiating their hours on a month-to-month basis in most DHS workplaces, which makes it almost impossible to set in place childcare and balance caring responsibilities.”

A senate inquiry into the Government’s Australian Public Service bargaining policy recently recommended the government amend its policy to “allow and encourage the retention of access to family friendly conditions, including hours of work protections, to facilitate and support the employment of those with caring responsibilities”.

However Mr Cornthwaite said Employment Minister Michaelia Cash and the current Federal Government had not come to the party.

“We got a pretty good report, favourable in terms of a path toward resolution. This report was recommending changes to the bargaining policy that could bring this whole thing to an end,” he said.

“Unfortunately, but not surprisingly, Minister Cash came out and said the government wouldn’t be taking on board any of those recommendations from the senate inquiry.”

Ms Cash said the sitting government had already increased the bargaining threshold for pay increases from 1.5 per cent to two per cent and that the CPSU was engaging in “legal and political stunts”.

She also slammed the senate inquiry as being heavily influenced by the Opposition and Greens.

“The recommendations made in the senate report reflect the highly biased nature of the committee and its inquiry,” Ms Cash said.

“It’s very sad that thousands of public servants are in the absurd position in which their union cares more about engaging in ineffectual industrial action for one year than it does about its members not receiving a pay rise for three years.”

CPSU members previously shut down agreement offers in February by a vote of 79 per cent and September 2015 by 83 per cent.

DHS workers received their last pay rise in July 2013 and Mr Cornthwaite said there had been “no substantial bargaining” in the past 11 months.

The department has encouraged people to defer non-urgent business today and Friday and has assured customer payments won’t be affected by stoppages.