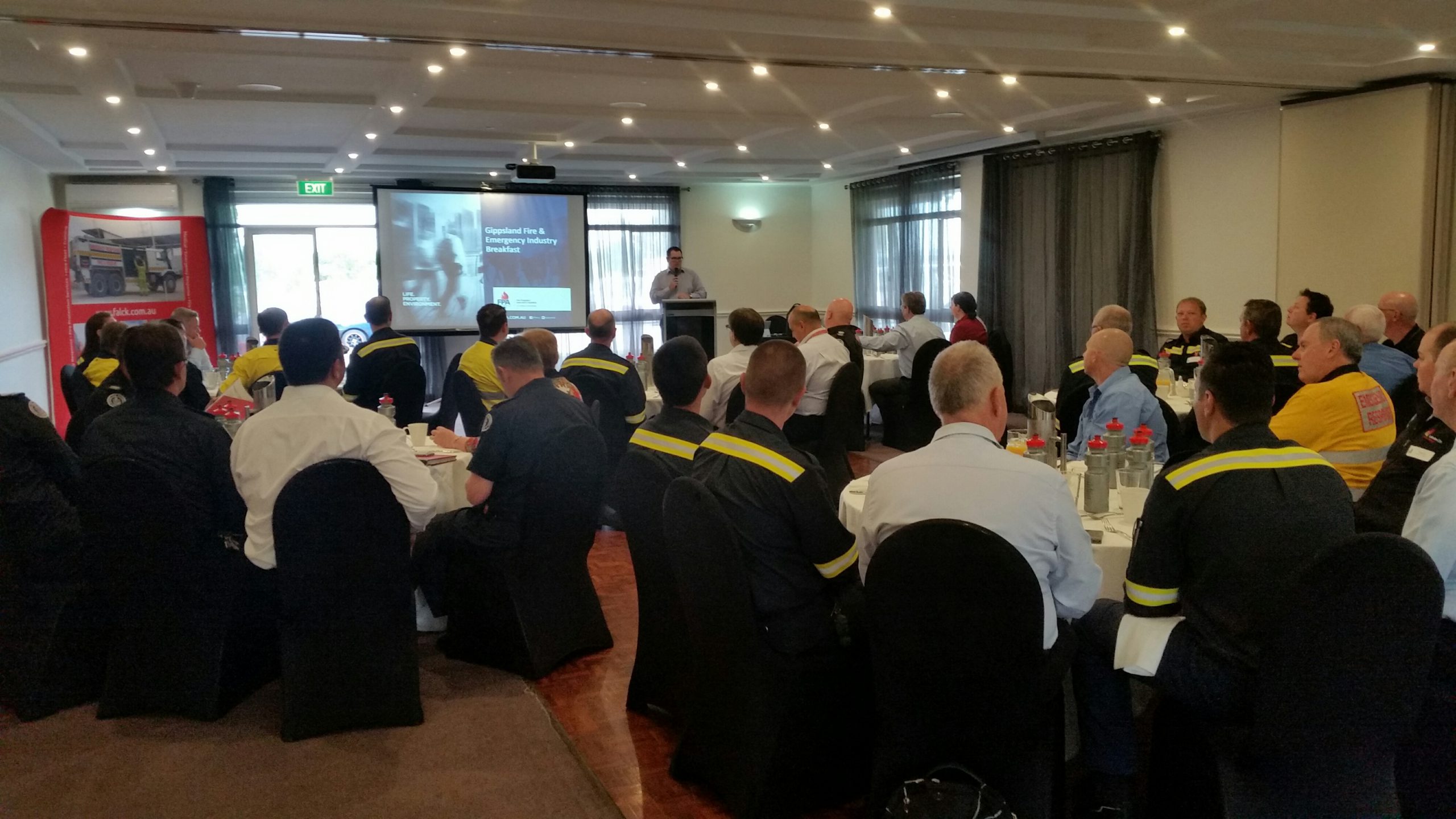 Economic stress in the midst of fire season could be a recipe for disaster.

The Fire Protection Association Australia has warned industry and the broader community not to skimp on fire protection amid economic fears for a post-Hazelwood future.

Traralgon-based Fire Protection company Falck was one of the presenters at an industry information session in Traralgon on Tuesday.

Chief executive Simon Paull, said the closure of Hazelwood would be a huge blow but was confident the region had the industrial capacity to survive and thrive.

“As a significant local employer, and an organisation that does business with many large and small companies throughout Gippsland, Falck believes there is a brighter future in the area than some reporting would have you believe,” he said.

“While all industries must be very focused on their costs of operation, as contractors we are fully engaged in partnering with our clients to manage costs.

“We see a maturity in the Gippsland region whereby businesses are continuing to maintain their focus on the importance of fire protection.”

FPA deputy chief Matthew Wright said Gippslanders had to be vigilant with a range of fire hazards including the mines, power industry, bushfire risk and risk to commercial properties and homes in play.

He said the mine fire in 2014 was a reminder of the potential impact of fire on the community and the need to be proactive.

“The fire we had in the mine down here really represents a situation where it impacted on everyone, not only the mine… but the community at large,” Mr Wright said.

“There’s nothing quite like (fire) to sharpen the minds of ministers and government but also local businesses… most businesses that have a large fire event, six or seven out of 10 never recover.

“When you have a large incident, whether it’s the mine fire or an incident at home or where you work, it can have a devastating effect long after the (fire itself).”

The session also targeted residents, reinforcing the message it was important to have working smoke alarms and an escape plan, and to be prepared for bushfires by managing vegetation and ensuring fire safety equipment was functional.

“Fire protection is everyone’s responsibility and people need to remain vigilant and have a plan in place,” Mr Wright said.

“There’s nothing that can bring back loved ones and the things that are nearest and closest to you and anything you can do to keep them safe is probably money well spent.