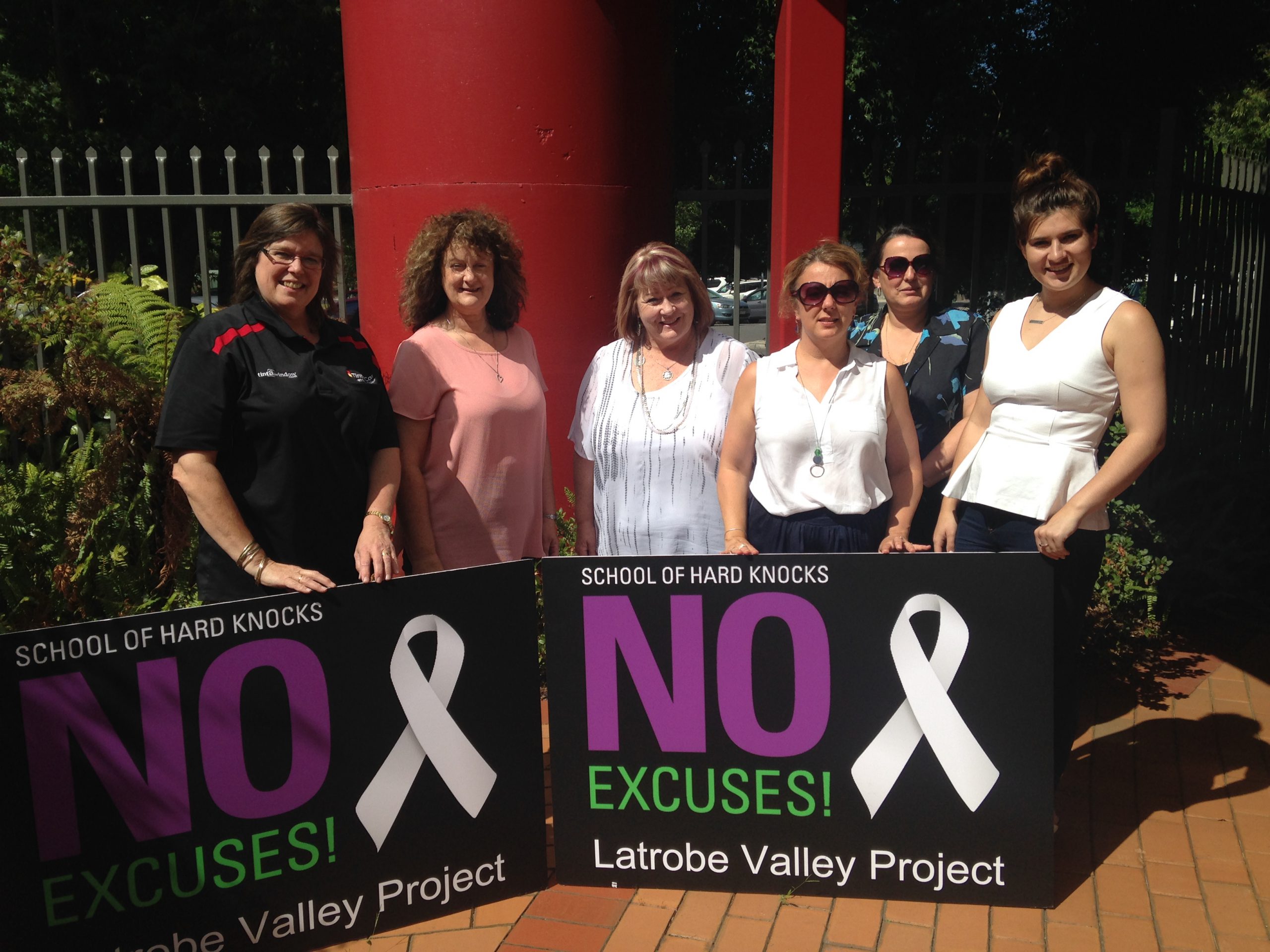 The Choir of Hard Knocks made national headlines when it set out to support Victoria’s homeless and disadvantaged minority.

Now, some 11 years on the Latrobe Valley is in the choir’s sights for its next social project.

In conjunction with the Latrobe Valley Community Choir, the School of Hard Knocks will perform a show to address the concerns surrounding family violence at Victory Park, Traralgon on 4 March.

The aim is to bring about a sense of respect to those who have been subjected to or witnessed family violence.

School and Choir of Hard Knocks founder Jonathon Welch will be in the Latrobe Valley during the next three months conducting workshops and rehearsals leading up to the March concert.

“I think one of the things the School of Hard Knocks has been able to do is respond to various social issues through music,” Dr Welch said.

“It’s the old marketing moto; if you can’t say it, sing it.”

Under the project, Dr Welch would lead the Men Aloud choir, while Dr Kathleen McGuire and Christina Green will lead the No Excuses women’s choir.

“I’ve worked closely with Kathleen over the past few years, she’s really helped to shape the artistic direction of the School of Hard Knocks and is thrilled to be involved with the project,” Dr Welch said.

“The ladies have worked with victims of domestic violence to help tell their stories through a suite of songs which will be performed on the night.

“These are difficult stories to tell but they’ve used a variety of genres including pop and folk and everything in between to engage the community about this serious social issue.”

“We want to provide a place on the night where general members of the public and those touched or affected by family violence can join in and unite as one,” Ms Barr said.

“It’s our responsibility to change the way people think and build a community.

“The key message is family violence and that it’s not acceptable in our community, it has to stop.”

Workshops will begin later this month at the Moe Town Hall with the community invited to attend and join the rehearsals.

Students from Churchill North Primary School have collaborated with the School of Hard Knocks and the project steering committee to write a song to perform on the night.

“We think that we can touch 15,000 lives across the Valley by spreading the message about family violence and hope to attract around 3000 people present on the night,” Ms Barr said.

If you are in a life-threatening situation phone Triple Zero.