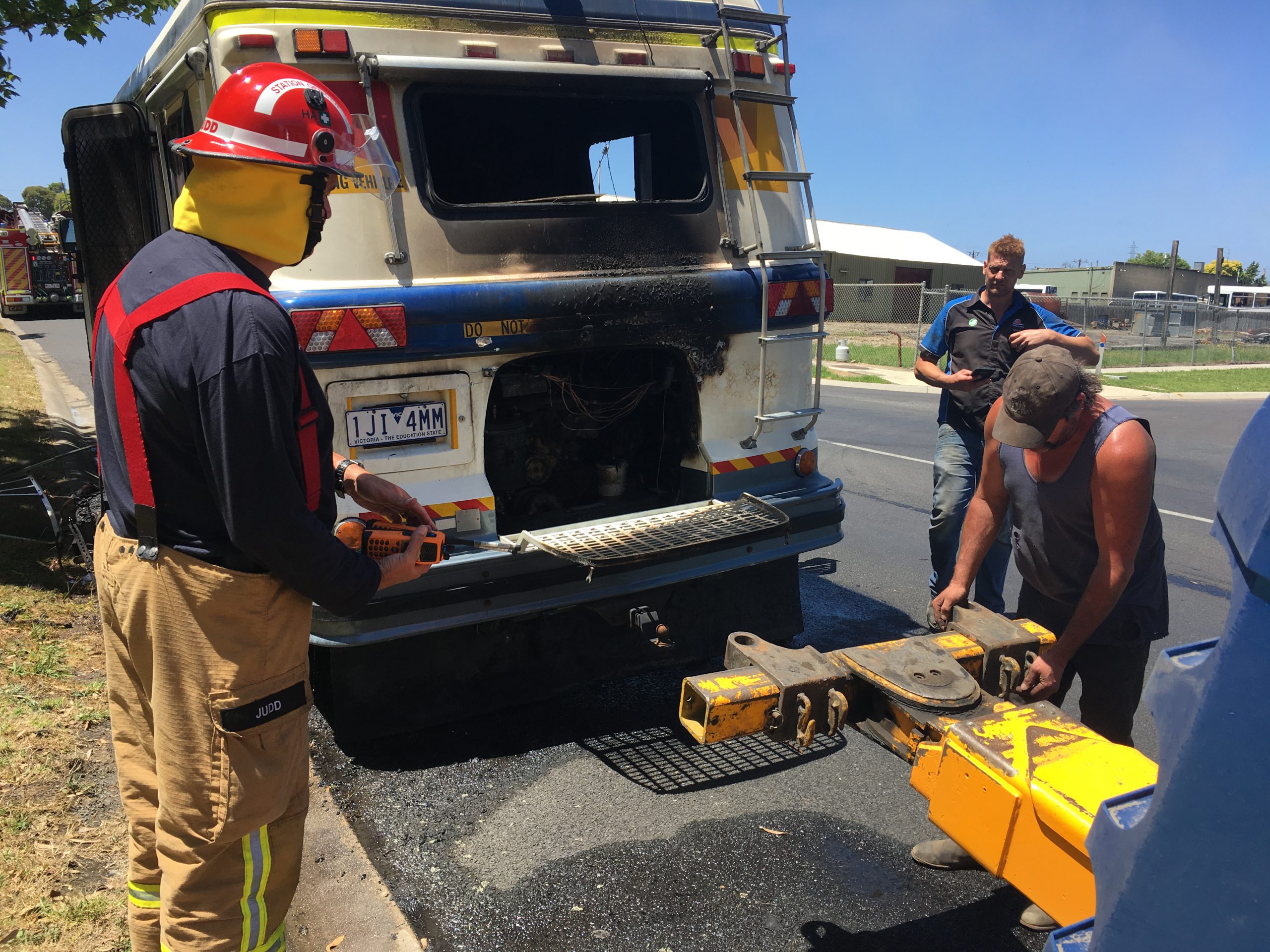 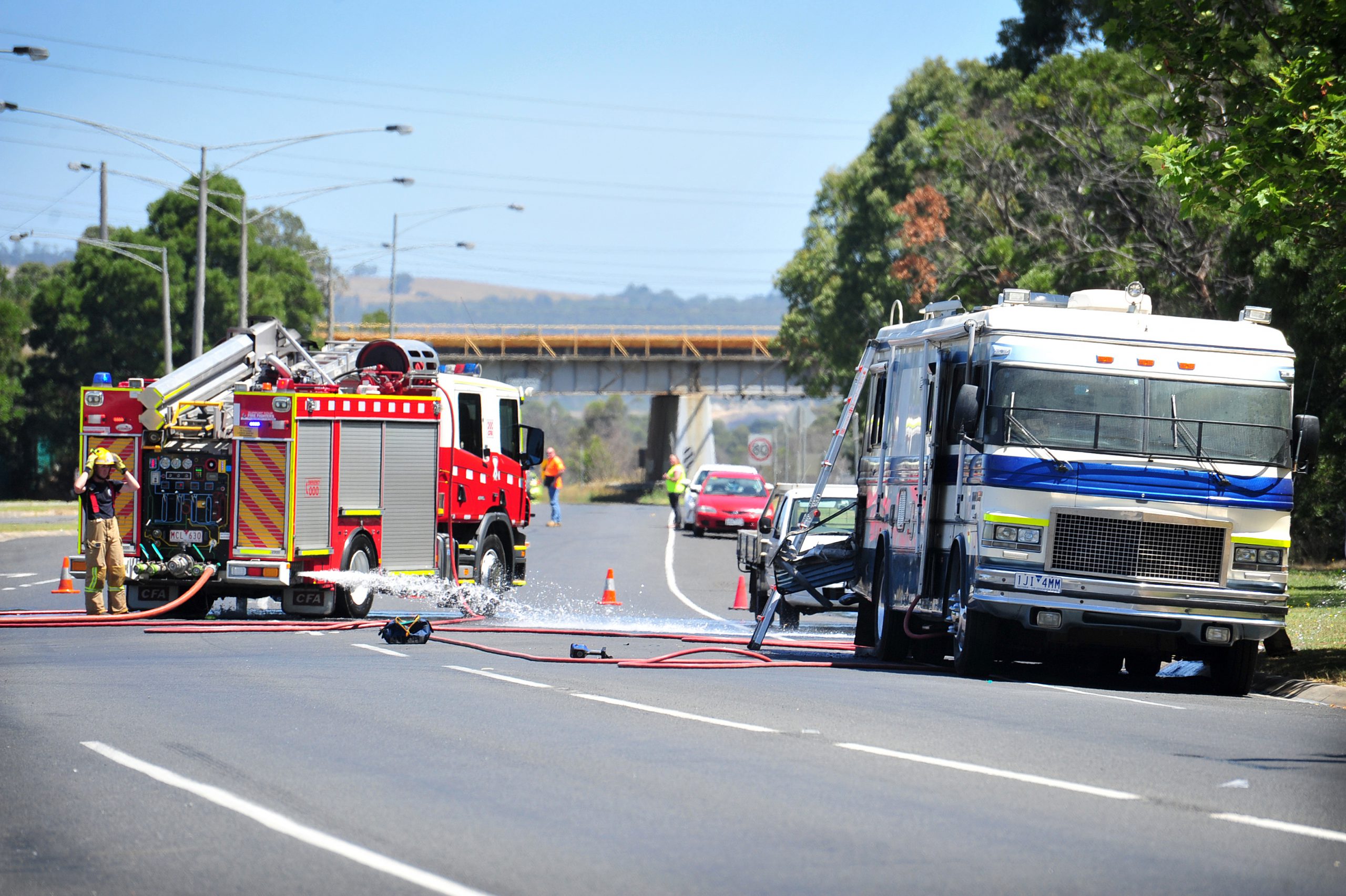 AN American style motor-home went up in flames last Thursday in Morwell shortly after exiting the freeway at Commercial Road.

The driver, a Melbourne man in his 60s, was completing a tour of Australia’s south-east coast when he was flagged down by a local bus operator as smoke billowed from the rear of his vehicle.

CFA incident controller Andrew Judd said firefighters managed to keep the fire to the rear-half of the vehicle.

“There’s substantial damage to the bus, around two thirds of it’s damaged inside,” Mr Judd said.

“The fire started at the rear of the appliance in the engine bay, the driver was unaware of the fire for sometime until a motorist alerted him of the smoke.”

The motor-home caught fire at the intersection of Commercial and Driffield roads.

The driver, who purchased the motor-home about two months ago, was traveling to Hernes Oak.

The cause of the fire was unknown.