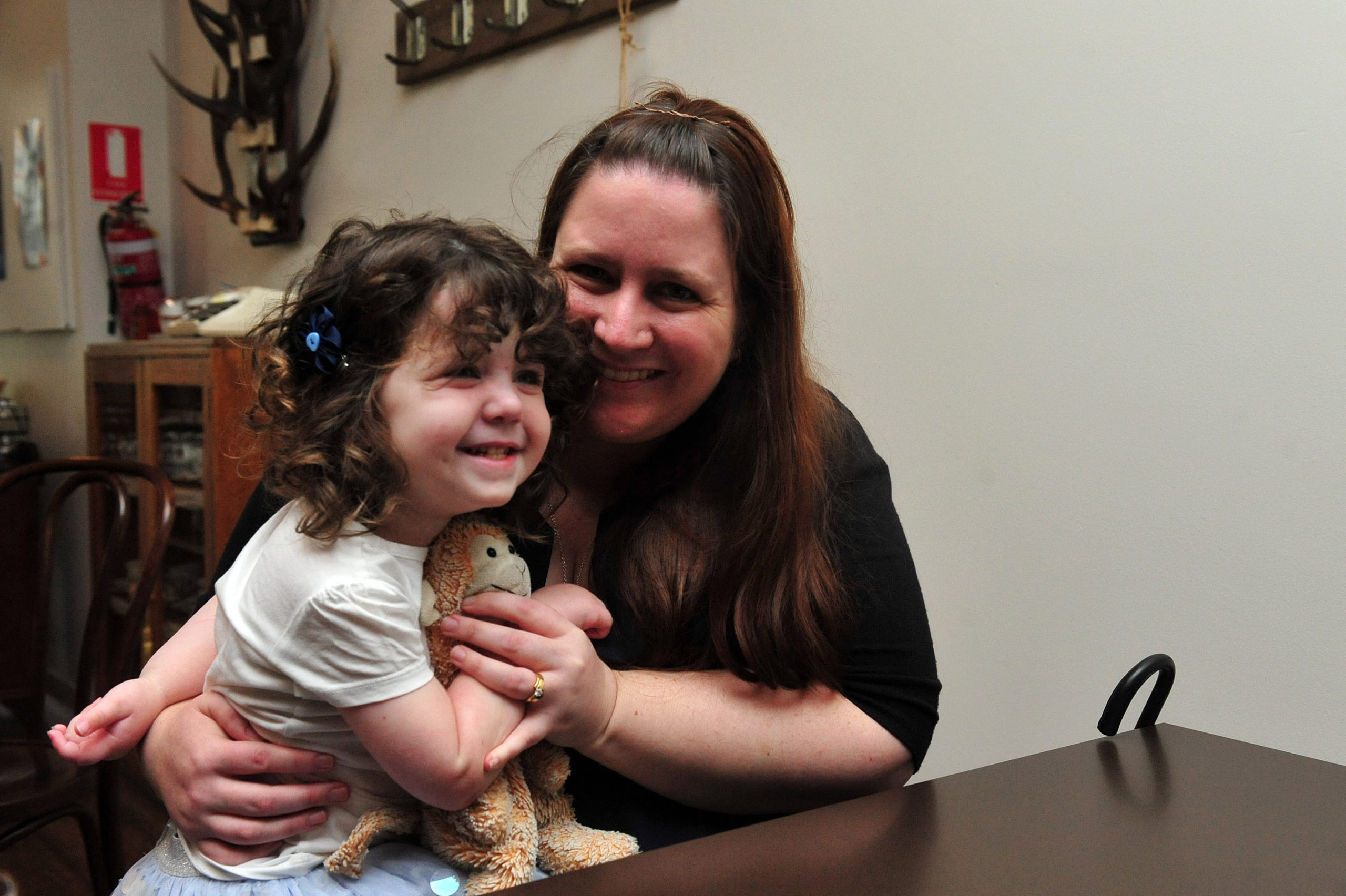 Watching your child battle cancer is any parent’s worst nightmare, but for Churchill’s Lorrae Dukes it was a reality.

Her daughter, Ruby was born with jaundice and abnormal red and white blood cell counts.

The diagnosis was juvenile myelomonocytic leukaemia – a rare childhood blood cancer – and the only solution was a bone marrow transplant.

Lorrae’s world came crashing down around her; Ruby was just three months old.

“No mother, nobody wants to be told their daughter has cancer,” Ms Dukes said.

Luckily, a donor was found and after nine days of intense chemotherapy Ruby, then 14 months old, underwent the transplant at the Royal Children’s Hospital in February 2015.

A six-month hospital stay followed, uprooting the family to Melbourne, however, they were able to retain some normality thanks to the Leukaemia Foundation.

The Dukes were put up for free in an apartment less than a kilometre away from the hospital, allowing Ruby’s father to continue working.

Ms Dukes said it was one less worry for the family.

Until August, six months after the transplant, she had been in a constant state of dread; her world a bit of a blur.

“I finally got rid of that sick feeling that the end of the world was coming,” Ms Dukes said.

“Everything was good, we had no issues.”

Almost two years later and Ruby is now a happy, healthy three-year old with a big curly mop of hair.

It’s something no child should have to go through, but Ms Dukes sees it as somewhat a blessing in disguise.

“Ruby probably won’t remember any of this growing up, she can hopefully have a relatively normal life,” she said.

Ms Dukes credits Ruby’s survival to ongoing research into blood cancers, funded through initiatives such as the World’s Greatest Shave, launching on 16 March.

“If she was born 10, 12 years ago and went through all she has, who knows what would have happened,” she said.

“Because of everything research is very important to me.

“To see what their little bodies go through is just heartbreaking.”

To register your participation in the World’s Great Shave, visit worldsgreatestshave.com