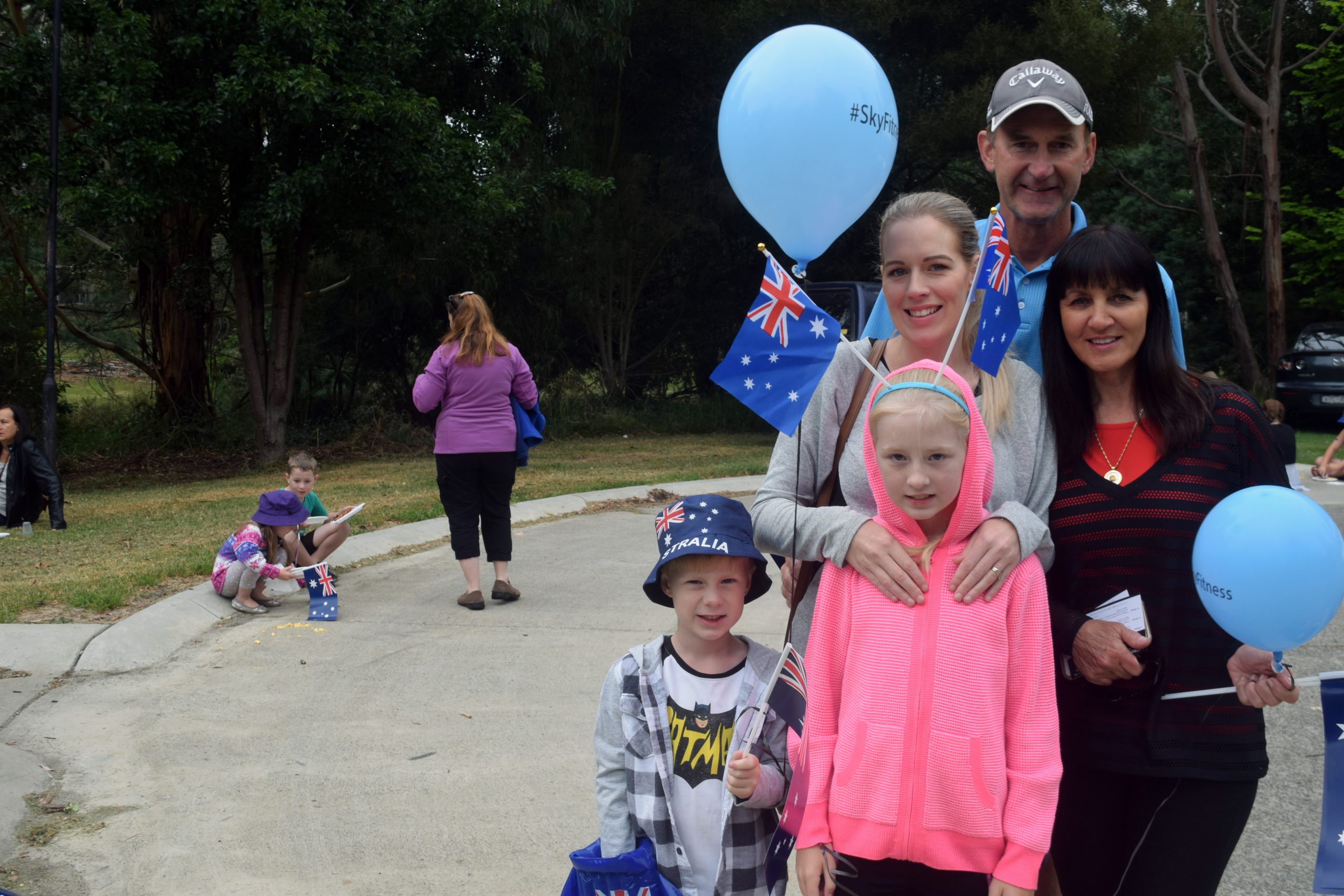 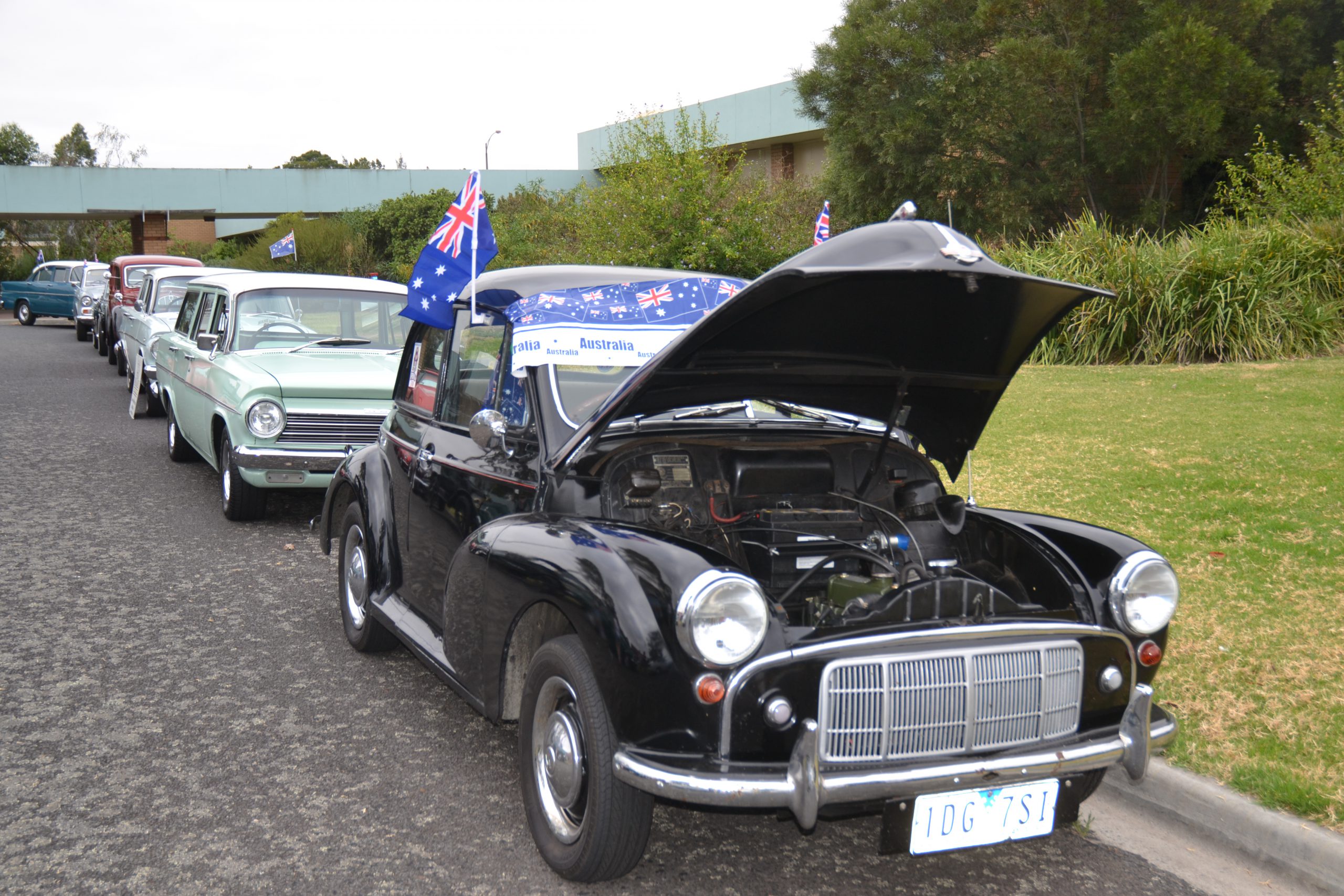 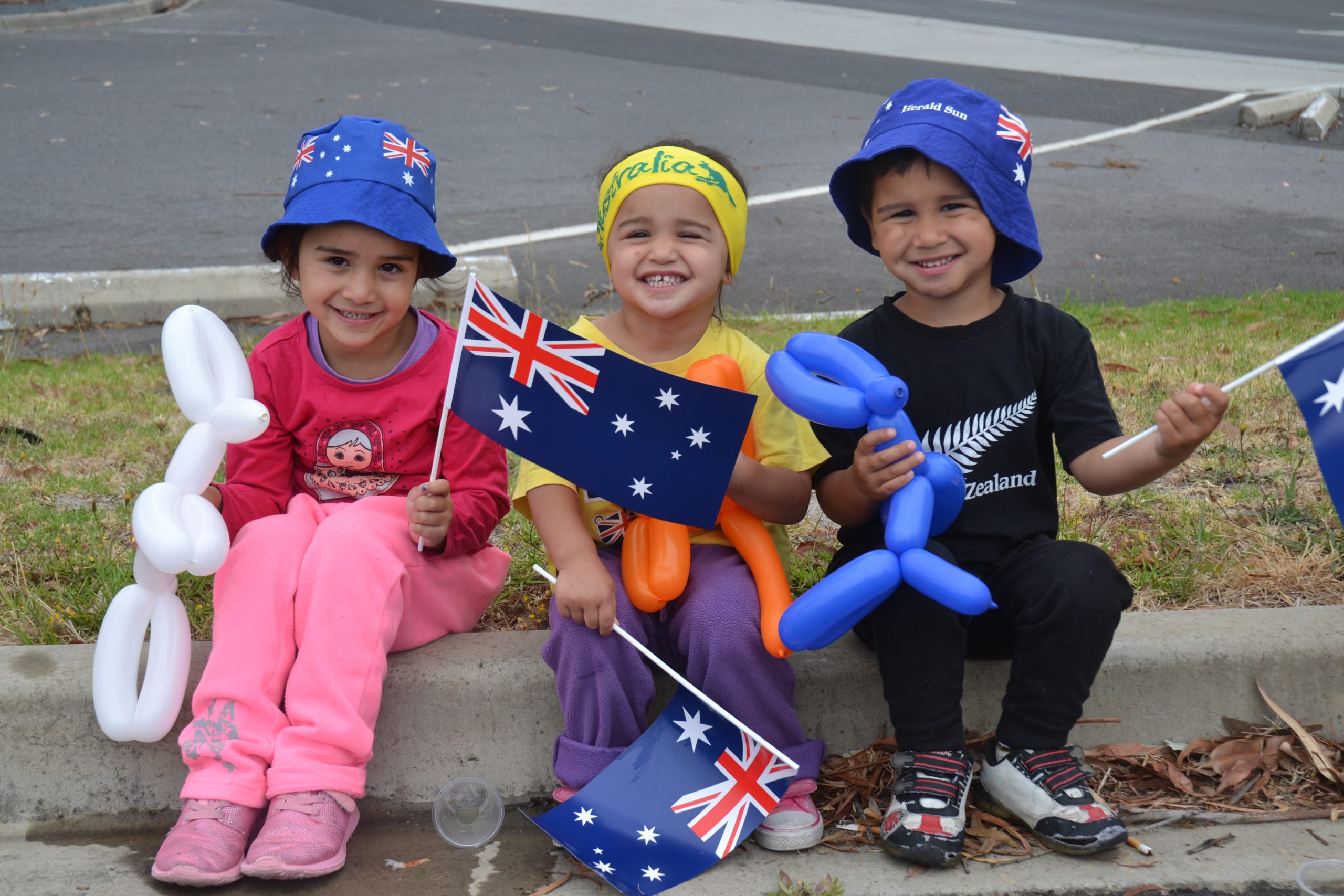 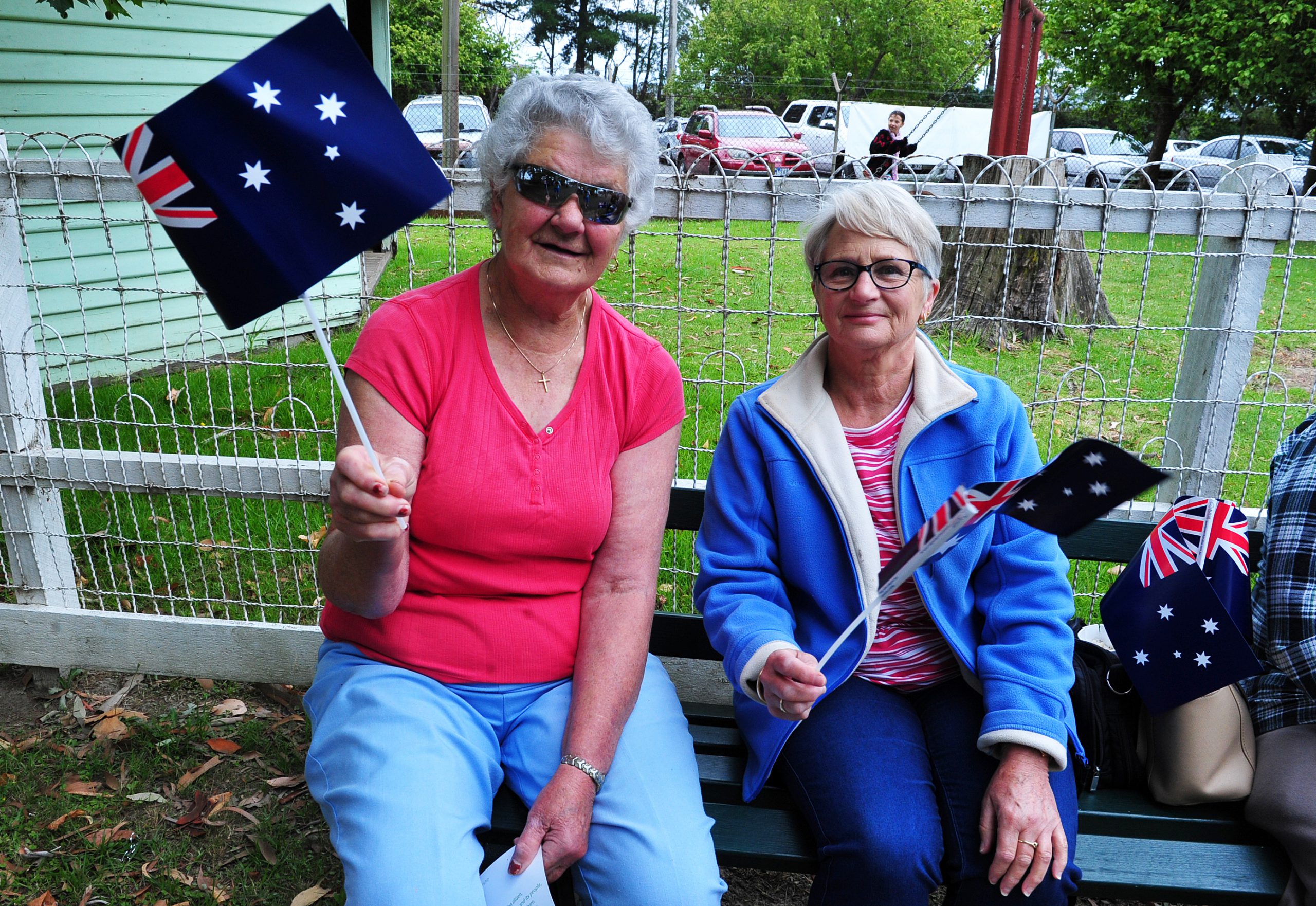 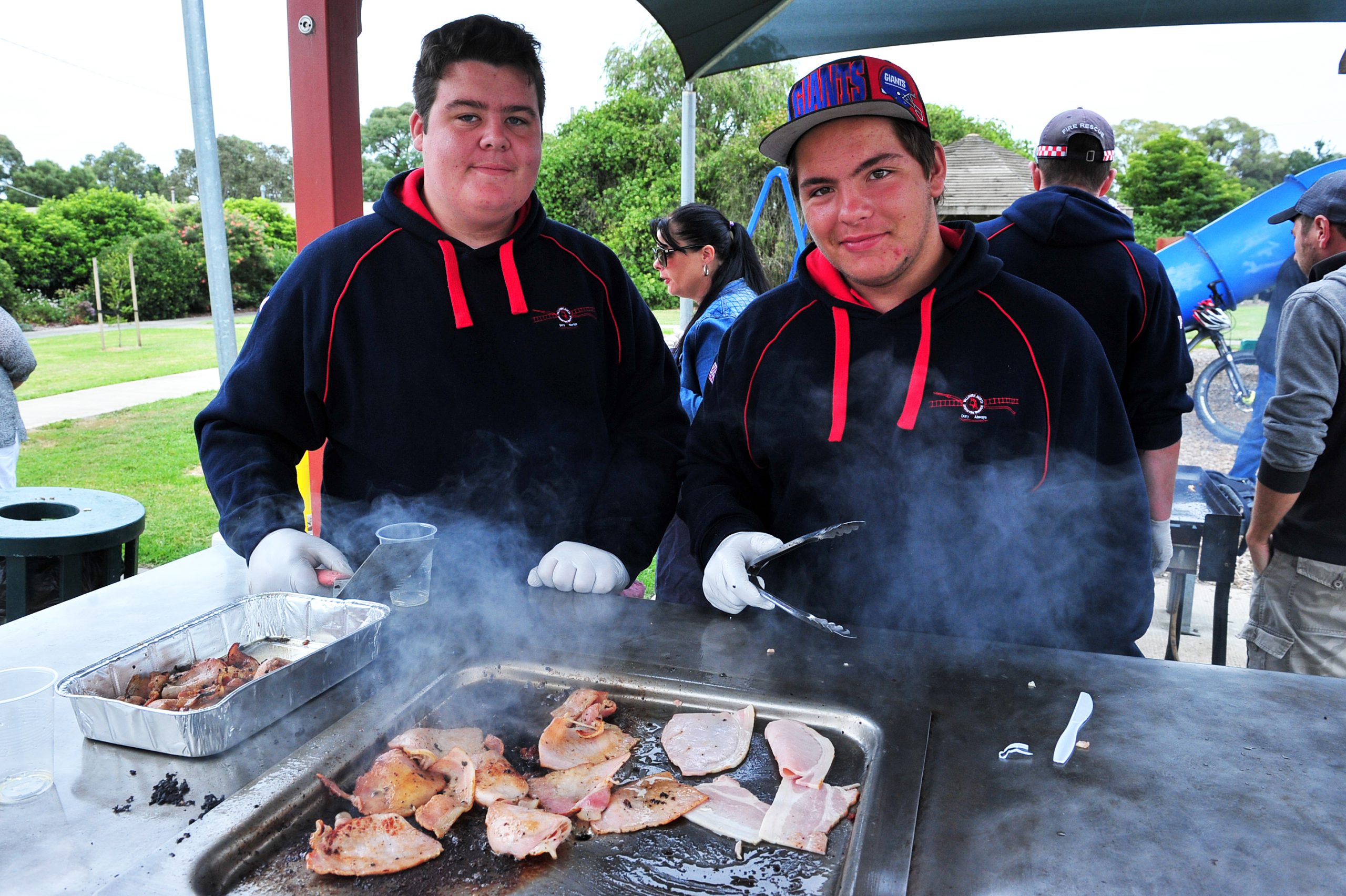 Event spokesman Dennis Paine said numbers took a hit with the cancellation of this year’s Australia Day Heart Walk after it was unable to continue due to a lack of sponsorship.

However, the estimated 1000 people who turned out enjoyed a fitness class before tucking into a feast of bacon, eggs, toast, cereal and juice.

Mr Paine said the club took pride in putting on a breakfast extravaganza for the past 25 years and had a reputation for having “the best Australia Day brekkie in the Valley”.

The morning’s entertainment was provided by the City of Traralgon Band.

Latrobe City mayor Kellie O’Callaghan joined in the festivities, and said 26 January was a day to “celebrate community and all the things that are great”.

“It’s always a fantastic time. Everyone gets out and enjoys the companionship of their community,” Councillor O’Callaghan said.

Local musicians John Mazur and Jade Carpenter kept locals entertained while a mini-army of Lions volunteers slaved away behind the grill to dish up a traditional breakfast of bacon and eggs.

Morwell Lions Club president Kevin Pullen said the club had promoted the family-focused activities and free breakfast heavily in the lead up to the event.

“It was great to have so many locals attend,” Mr Pullen said.

“Last year we had around 500 people attend and we definitely broke that record this year.

“The children’s activities were a big success whilst we were able to offer something for those older at heart by having the classic cars on display.”

Classic cars from across Gippsland made the voyage to Kernot Lake with members of the Latrobe Valley branch of the Gippsland Historical Automotive Club in attendance.

Newly elected Latrobe City Councillor Alan McFarlane spoke about the importance of family on Australia Day and encouraged people to enjoy the holiday.

More than 200 eggs were fried by the Churchill Lions Club at its Australia Day breakfast on Thursday.

Event organiser and Lions Club member Bob Lowick said the event had become a community tradition over the years.

“I remember going to the first few Australia Day events up at the old shopping centre and there were around 50 or 60 people back then,” Mr Lowick said.

“Bit by bit the numbers have grown and we’ve made it into a community ritual for many people around the district.

“We had more than 200 people attend the event this year, probably the biggest crowd we’ve ever had.”

Churchill resident Alicia Ewen, 16, was awarded Junior Citizen of the Year for her ongoing community work with Rotary, the Churchill parkrun and Scouts.

“I feel like it’s a big honor, I had absolutely no idea I was going to win the award,” Alicia said.

The Kurnai College student who will complete her year 12 VCE this year said she loved lending a helping hand across the community.

“I’ve lived in Churchill my whole life, I love the place and I enjoy working for the community … it’s just a natural thing for me to do,” she said.

Churchill resident Jackie McLure was presented with citizen of the year for her continued volunteer work with Lifeline over about 25 years, and several other community organisations.

Hundreds took a step back in time to celebrate Australia Day at Old Gippstown heritage park in Moe.

It was a fitting locale for a traditional celebration, as Moe Lions club manned a barbecue bonanza to feed the masses in attendance.

The free breakfast was accompanied by music from Paddy O’Dowd and a flag raising ceremony featuring TS Latrobe cadets.

The winners of the Moe Idol competition took the rotunda stage from 10.30am to round out the entertainment.

An intimate community breakfast at Lions Park in Yallourn North was symbolic of the way Australians approach our national day of celebration.

Councillor Graeme Middlemiss summed it up best in his address to the throng of 73 in attendance when he noted that other countries celebrate their national milestones with military parades while we have a family picnic.

“It’s all about family, our nation and enjoying ourselves,” Cr Middlemiss told the audience.

A flag raising ceremony, CFA volunteer-led barbecue and a friendly chat over breakfast were the themes of the day, organised by the Yallourn North Action Group.

YNAG president Margaret Gaulton said a good cross-section of the community turned out for the occasion.

“It’s really all about getting the community together in a relaxed situation where they can just chat with each other, and food always works,” Ms Gaulton said.

“Yes, absolutely (it’s nice to see the youth come out). Hopefully some of them will stay in the town and do the organising in years to come.”

Ms Gaulton said the day was a chance to reflect on what we have, and what is yet to come.

“Australia Day means gathering together to celebrate how we are now, with hope for the future,” she said.