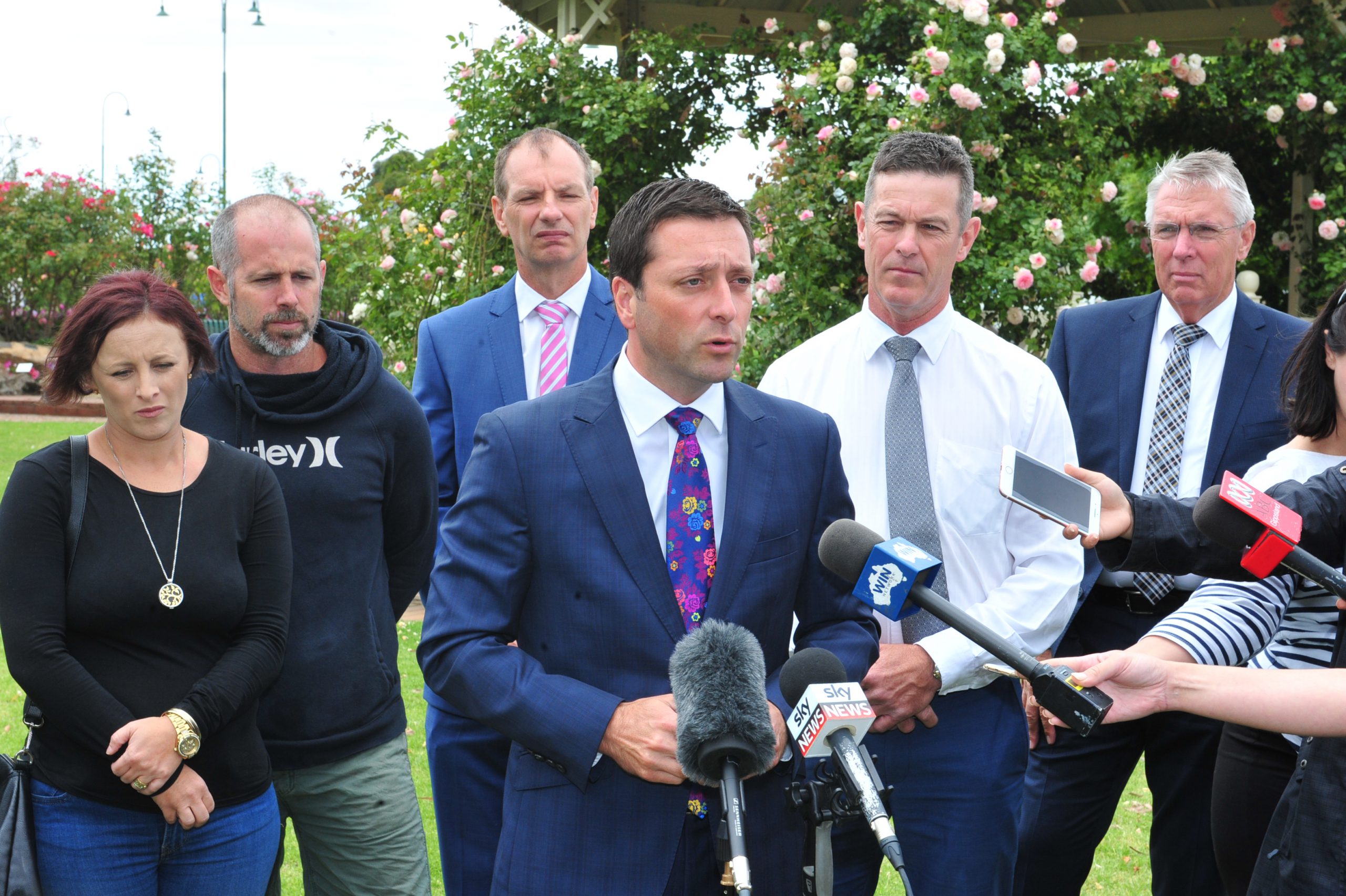 The Coalition has called on the State Government to intervene and fight for a staged closure of Hazelwood’s power station and mine.

During a visit to Morwell on Tuesday, the State Opposition leader Matthew Guy and Nationals leader Peter Walsh joined Member for Morwell Russell Northe and several Hazelwood employees and their families to lobby the Andrews Government for a staged closure.

Mr Guy said the government could intervene but instead was “sitting on its hands”.

He argued three of Hazelwood’s eight power units could be operational until 2025.

“There is no reason we should not be fighting to have those three of eight units at least open on a staged closure basis,” Mr Guy said.

“This government has the ability to get involved and keep three units open for the foreseeable future.”

Ms D’Ambrosio said a staged closure of Hazelwood would lead to Victorian families paying 25 per cent more for their electricity bills.

“Families would be slugged an extra 25 per cent for their power prices, at a time when many people are doing it tough,” Ms D’Ambrosio said.

“Unlike the Coalition, we will continue to stand up for the Latrobe Valley and give them the support they need during these difficult times, not more hot air and false hope.”

However, Mr Guy said if the Coalition won power at the next state election he would look at baseload supply, admitting a staged closure looked “unlikely to happen”.

“I don’t want to see a loss of any more base load supply in Victoria,” Mr Guy said.

“I would certainly (make) sure Yallourn W, Loy Yang A, Loy Yang B are all certain in their futures … and if there’s an ability for the government in two years’ time to look at a staged process to assist with voluntary redundancies to bring in ex-Hazelwood workers, then I’ll seek to do that.

“We can’t allow Yallourn W to be going through the same level of discussions over closure that we’ve now seen this government allow for Hazelwood.”

Member for Morwell Russell Northe said many families in the Valley were going to be substantially impacted by the closure and deserved better outcomes.

“There are not real jobs for these people in less than two months for them to transition into,” Mr Northe said.

Mr Northe said a phased closure of the station and a pooled redundancy scheme would minimise the impacts on workers, contractors, businesses and the Latrobe Valley community in general.