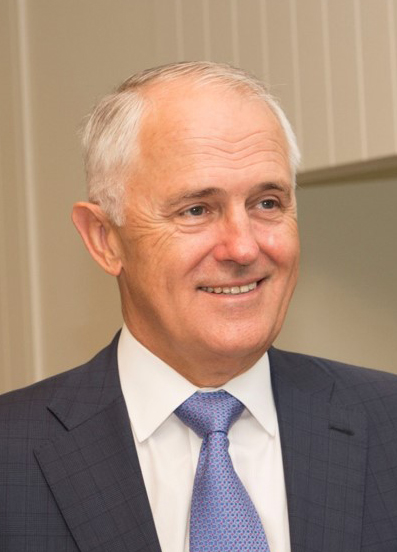 In a speech at the National Press Council in Canberra on Wednesday, the Prime Minister declared “coal will have a role to play for many decades into the future”.

“They cannot simply be replaced by gas, because it’s too expensive, or by wind or solar because they are intermittent.

“We will need more synchronous baseload power and as the world’s largest coal exporter, we have a vested interest in showing that we can provide both lower emissions and reliable base load power with state-of-the-art clean coal-fired technology.”

The Prime Minister’s speech comes at a time of increasing calls for new projects to replace the generating capacity which will be lost when Hazelwood power station and mine closes on 31 March.

Hazelwood generates about 20 per cent of Victoria’s electricity and Latrobe City mayor Kellie O’Callaghan has been at the forefront of public calls to replace the ageing brown coal-fired plant.

She was quick to welcome Mr Turnbull’s speech.

“We have been calling for the development of such a critical piece of utility infrastructure here in the Latrobe City,” Cr O’Callaghan said.

“Our community is perfectly placed to embrace this opportunity and we are proud to let the Prime Minister know that we stand here – as a community – ready to breathe life into this initiative.”

Under the Paris climate agreement, Australia has committed to reduce its carbon emissions by 26 to 28 per cent on 2005 levels by 2030.

Hazelwood is Australia’s highest emitting power station and reducing the emissions from brown coal would be vital if Australia was to use brown coal to generate electricity and meet its carbon reduction targets.

With the closure of Hazelwood less than two months away, the Latrobe Valley has been back in the spotlight this week.

On Tuesday, State Opposition leader Matthew Guy visited the region to call for a phased closure of Hazelwood.

Three of Hazelwood’s eight units should be continue to operate until 2025, he argued.

“I think most people are very concerned if Hazelwood closes down we lose significant capacity and on the worst days security of supply would be threatened,” Mr Northe said.

“Ideally, we’d like to see a gradual and phased closure of Hazelwood while a new power station is built using the best technology available to us.”

He said construction could start using a range of technologies to reduce emissions, including carbon capture and storage.

“I think, unfortunately, the thing that’s missing is a bit of political willpower from a number of states in doing so,” Mr Northe said.

“When you have different governments and different policies it’s very difficult for the private sector to have confidence and certainty.

“If you have that and will from the government there’s no reason why you can’t adopt these types of tech now.”

“Supercritical coal is twice as expensive as renewable energy, so it’s no wonder Malcolm Turnbull refuses to say how much his ill thought out proposal will cost,” Ms D’Ambrosio.

“Industry groups have already come out slamming the new policy as a dud.

“Unlike the Coalition we have not turned our backs on workers, and we are not promising things that won’t be delivered – our focus remains on creating certainty and real opportunities for the Latrobe Valley, for the long-term.”