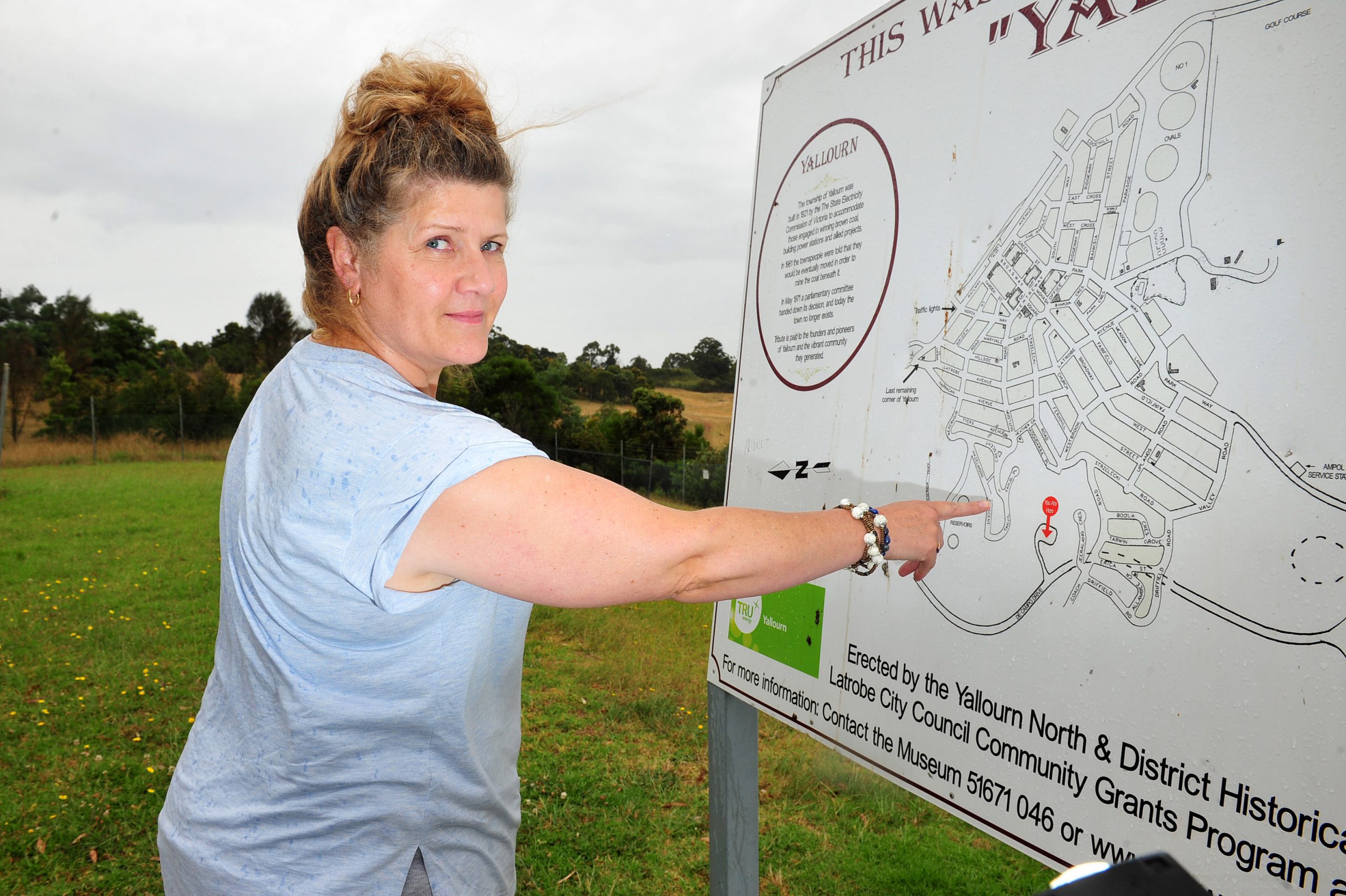 Kendal Laws still dreams of the landscaped streets of Yallourn.

“It was just like ‘Pleasantville’,” she said of her former home.

“The fountains and the beautiful grounds and they had little paddling pools in playgrounds for kids that they would fill in summer.

“Everything was well set-out.”

Growing up in the State Electricity Commission-owned ‘garden’ town made for an idyllic childhood where kids knew “every nook and cranny” of the landscape and used every spare moment for outdoor play.

“It was just like one giant playground,” Kendal said.

“We were all ridiculously fit because we lived at the top of the hill and the pool was down the bottom and you either rode your bike or you walked and sometimes the dog followed and you had to walk her home and go back again.

“You’d be given a list of chores to do and if there was 15 cents or 20 cents left you could go to the pool. You’d come home, have tea and then go back for night swimming.

“We had this big green valley and we used to slide down the hill on kickboards and bits of cardboard.”

Kendal lived in Yallourn until 1980 and attended Yallourn High School the final year it was open.

“Other people remember you would go to school and by the time school finished for the day, two more houses were missing.

“They used to just slice them in half, jack ’em up, take them during the day.

“Sometimes I wonder if I shut that out.”

The expansion of the Yallourn coal mine meant the SEC would dismantle the model town it had set up to house its workers.

Kendal said after leaving Yallourn and transferring to Moe High School she didn’t fit in.

The move from Yallourn, her parents’ separation and her father’s death had all occurred in close succession and Kendal said this could be the source of her “obsession” with the extinct town.

“Everything was great when I was there and then it just all turned to crap,” Kendal said.

“I still look at movies of it and think, ‘oh it should still be there’.”