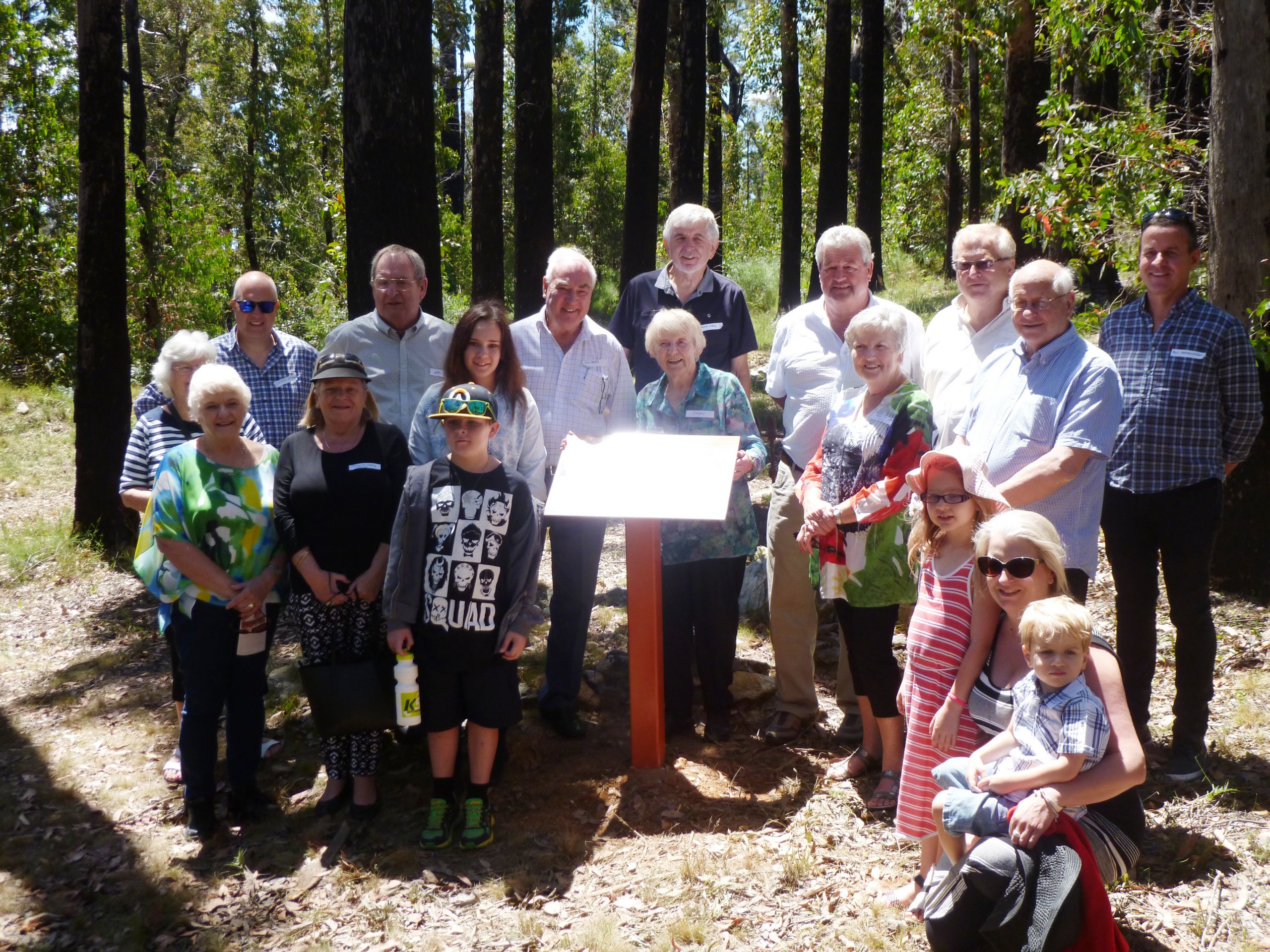 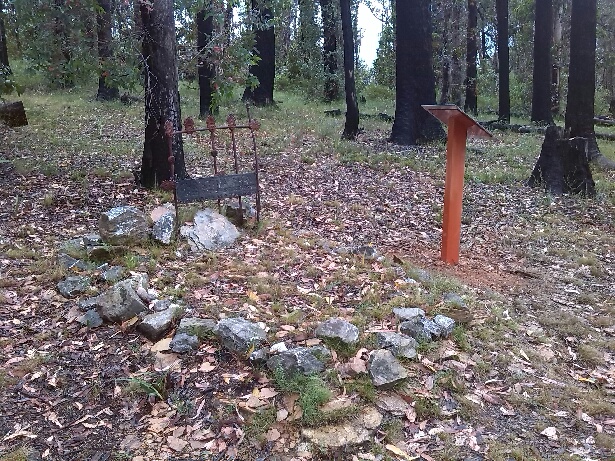 The only marked grave in a remote bush cemetery near Walhalla has been recognised for its historical significance, 140 years on.

Christina Shaw (nee Ferguson) was one of 23 people buried at the Edwards Reef Burial Ground, about 20 kilometres north of Walhalla during the gold rush boom.

The other 22 graves are unknown.

Ms Shaw migrated to Australia in the 1850s, initially settling at Ballarat before relocating to Donnelly’s Creek north of Walhalla in 1875.

She died two years after arriving in Gippsland and four weeks after the birth of her sixth child.

Ms Shaw died after suffering an illness for nine days. The cause of her death was listed as ‘insanity’. She was 36 years old.

More than six generations of Ms Shaw’s family, including great and great-great grandchildren attended the unveiling.

“The cemetery is only accessible by four-wheel-drive so it gives you an appreciation of what it was like to bury someone in 1877,” Ms Code said.

“Some of them were very elderly and it was nice to see them meet each other for the first time in many years.”

The burial site is located close to the gold rush settlements of Edwards Reef and Donnelly’s Creek, often referred to these days as Store Point.

“(The cemetery is) well maintained and well marked at the entrance which makes it easy to find,” Ms Code said.

“There isn’t much to see now but it’s easy to imagine what it was like way back when they used horses and carts and lived in old stone buildings; some of the remains are still there today.”

Ms Shaw’s son, Alexander set out in 1930 to find his mother’s grave as he was only a child when she died.

Ms Code said Alexander was given directions by his father, Ms Shaw’s husband, on how to find the grave.

The project was facilitated and funded by West Gippsland Relic, Mining & Heritage Protection Incorporation, who maintain more than 100 historical interpretive signs from Walhalla to Jamieson.

The incorporation also collected information and images from the Shaw family and produced and erected the graveside sign at the Edwards Reef Burial Ground.

People wishing to visit the burial site are encouraged to take the road from Seaton, as the road from Walhalla is fairly rugged. For more information visit the Aberfeldy Cemetery Facebook page.