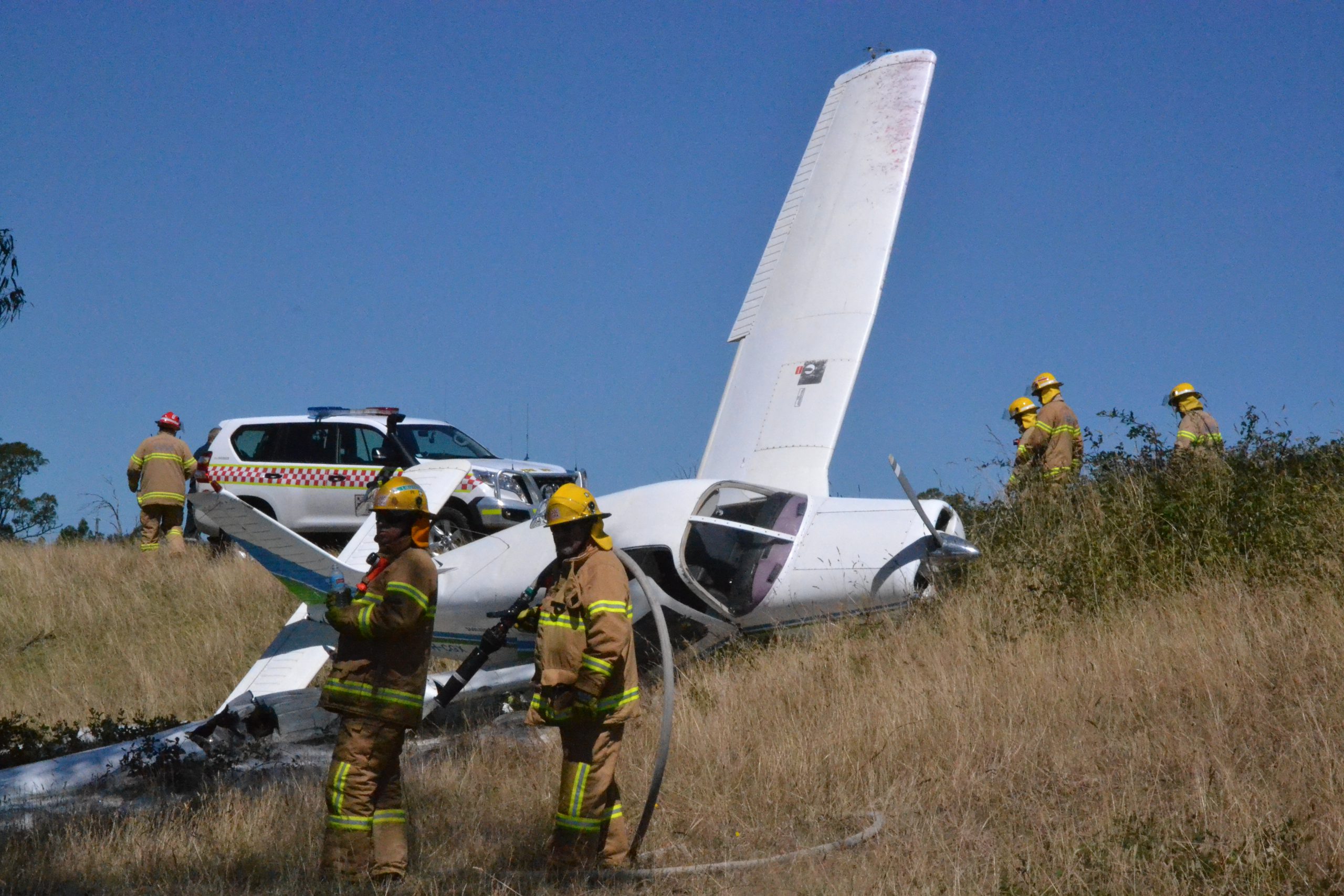 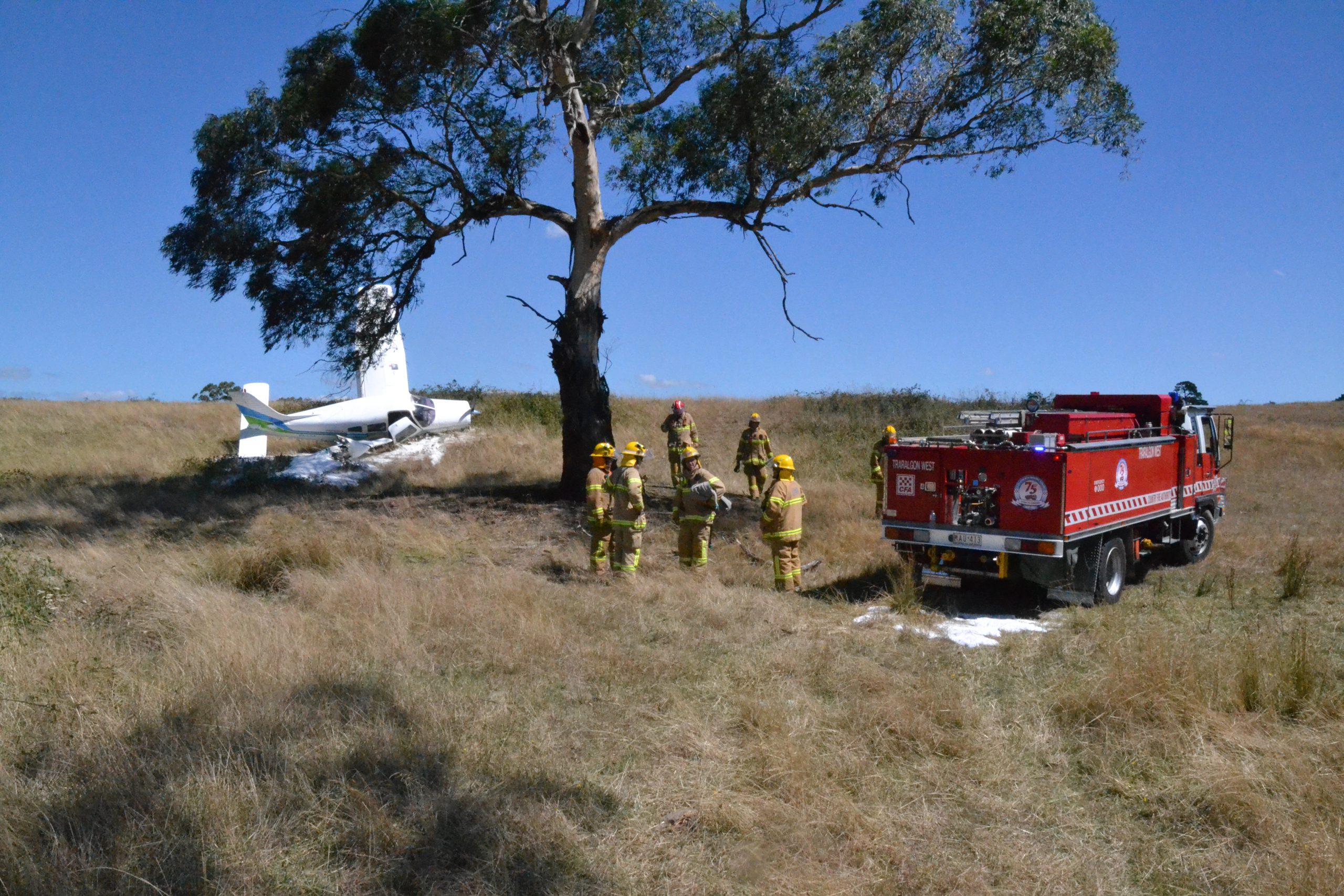 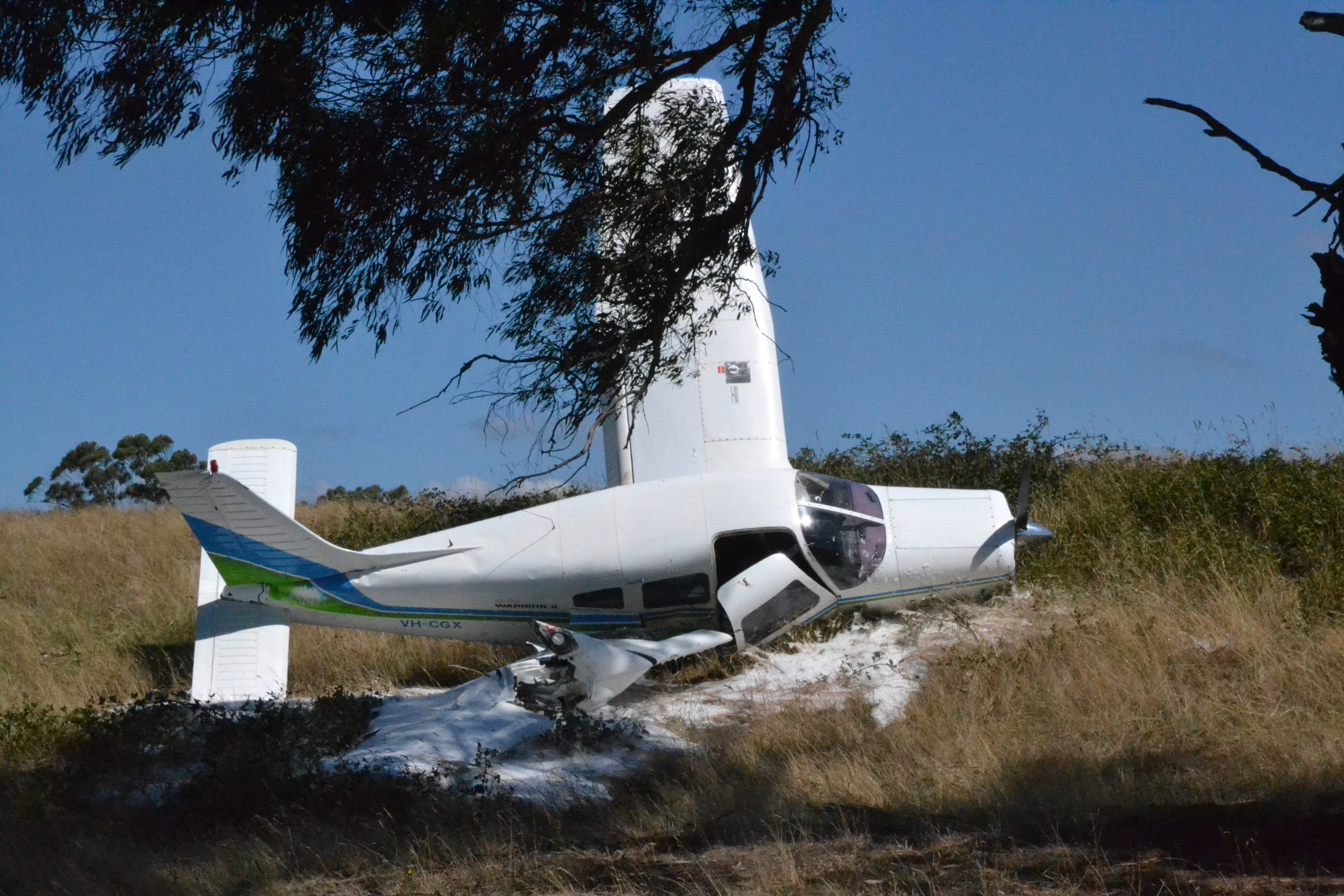 Two people have escaped injury in a light plane crash at Traralgon this afternoon after it was forced to land on private property about one short of Latrobe Valley Regional Airport.

The Piper Warrior plane came down on a property between Morwell and Traralgon, near the Princes Highway, about 1.25pm.

Traralgon police Sergeant Jo Sinclair said the pilot, in his early 30s and passenger, in her late 30s, were on a flight from Moorabbin to the Latrobe Valley when the plane crashed.

They had flown from Bacchus Marsh to Moorabbin earlier in the day.

“The male pilot was coming into the base leg of his landing and noticed the power on the engine was dropping, he advanced the throttle and ended up with no power,” Sgt Sinclair said.

“The plane was at about 800 to 900 feet when the incident occurred. He looked for a safe area to land where he landed about one and a half from the airport on private property.”

She confirmed the incident is not being investigated by Victoria Police or the Australian Transport Safety Bureau.

Ambulance Victoria confirmed paramedics assessed a man and a woman who weren’t injured but were shaken.