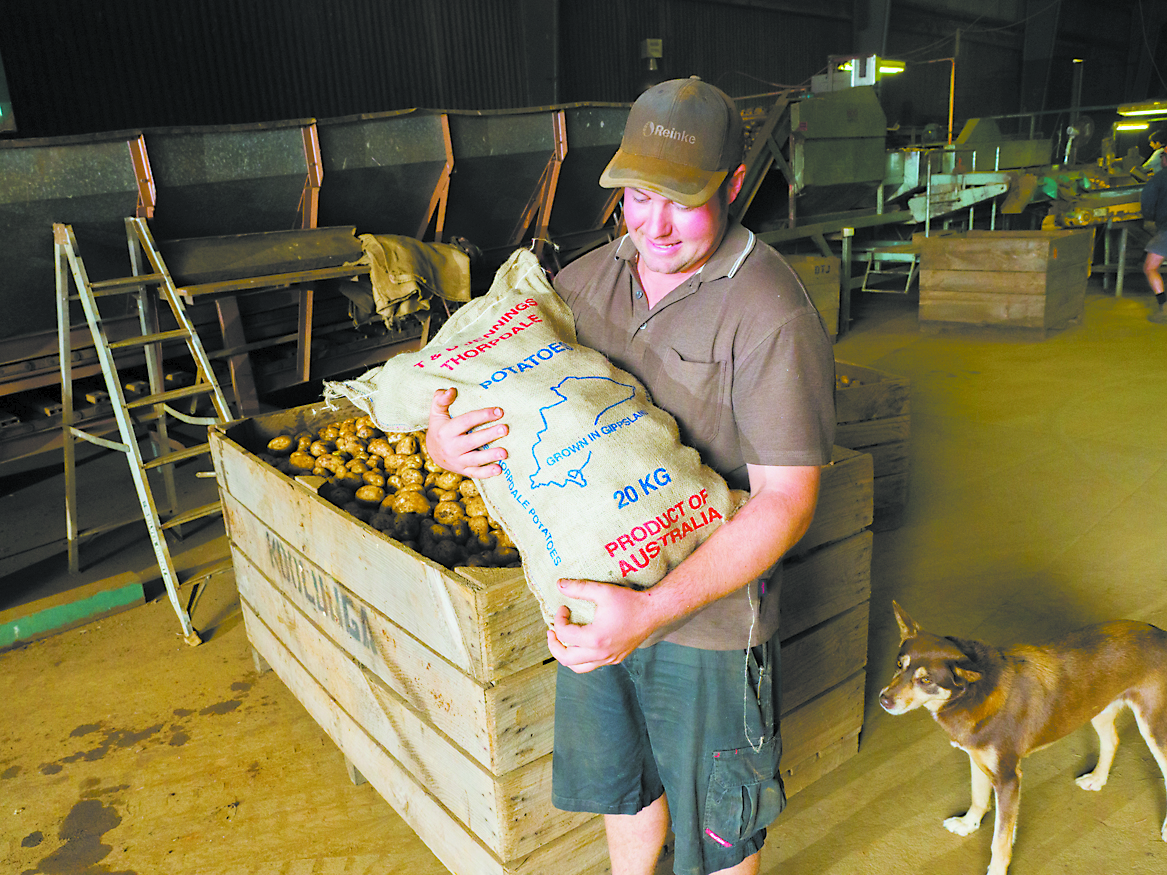 NO spud will be a dud at this year’s potato festival in the rolling Strzelecki hills of Thorpdale.

Deep fried, baked, mashed and even blended into ice cream – there’s a starchy delicacy for any tastebud on Sunday, 12 March at the town’s Recreation Reserve.

For the more active festival goer, traditional games including sack races, potato and spoon races as well as the ‘Spud Challenge’ with brawny farmers competing for the glory of the fastest potato picker or hale stacker.

The ‘Hessians on the Field’, featuring garments crafted from potato sacks, will showcase the fashion-forward locals.

The festival returned to the west Gippsland town in 2015 after a 12 year hiatus, but is growing in popularity and expected to attract thousands.

Local grower Stuart Jennings said the festival was a huge promotion for the area and injected cash into community groups that had a limited amount of money.

“With everyone trying to produce money for every community group, it’s great to get that support from outside of the area,” Mr Jennings said.

He said organisers expected to attract anywhere between 9000 and 10,000 people to the town boasting a population of just over 500 people.

“A lot of people who grew up in the area will have fond memories of the festival. They come back and bring all of their friends as well to show them what they experienced as a kid,” Mr Jennings said.

“There’s a fair bit of nostalgia.”