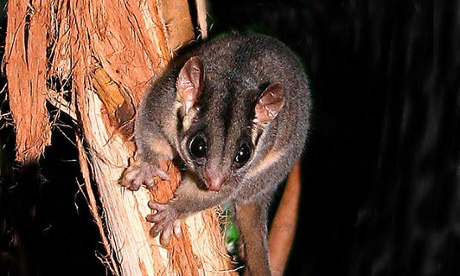 A review of buffer zones around possum colonies in the Central Highlands forest, which are contributing to a shortage of timber resource availability, is underway and due for completion next month, the State Government has said.

The harvesting exclusion zone around every Leadbeater’s possum colony sighted has been in the spotlight as a factor in VicForests’ reduced supply offer to Australian Sustainable Hardwoods operation.

Buffer zones were due to be reviewed once 200 colonies of the critically endangered species were observed, but with survey work and third-party reporting putting the number of sightings at more than 400, calls for action grew.

Blackwood said in the past two years about 4000 hectares of production forest had been deemed off limits due to the buffer zone.

Given the number of sightings, he said it was time for the government to consider changes to save timber industry jobs under threat.

“People in Heyfield in particular, and people employed more broadly in the forestry are very nervous because there’s nothing being said (about the review),” he said.

Blackwood said about 90 of investigations into possum numbers were taking place in the six per cent of forest used for timber harvest.

He called for the remaining 94 of , classified as national parkland and reserves, to be investigated more thoroughly and the removal of the additional exclusion zones.

“If the number of sightings is such that the possum is not endangered, then we can go on as normal and ASH can survive long into the future and the industry can go on without having this hanging over their head,” Blackwood said.

“There’s a lot of areas that have been taken out of production forest and into reserve on the back of protecting native species of flora and fauna; each time that happens there’s been a reduction in availability to industry.

“The science now is stacking up in our with the number of colonies being sighted; it’s time the industry got some area back.”

Minister for Environment Lily D’Ambrosio last week said the review of the exclusion zone was underway.

“The objectives of the review are to document the extent of improved protection for Leadbeater’s Possum colonies from the 200 metre exclusion zone rule, to assess the effectiveness of this additional protection in supporting the species’ recovery, and to assess the impact on the timber industry of these additional timber harvesting exclusion zones,” Ms D’Ambrosio said.

“It was considered critical to remaining colonies in potential timber harvesting coupes because a significant proportion of the possum’s habitat was affected by the fires and ongoing declines in hollow bearing trees required for nesting.”

The review will be limited to exploring alternative ways of protecting verified colonies in state forests.

Broader approaches to Leadbeater’s possum management will be led by the Forest Industry Taskforce process.