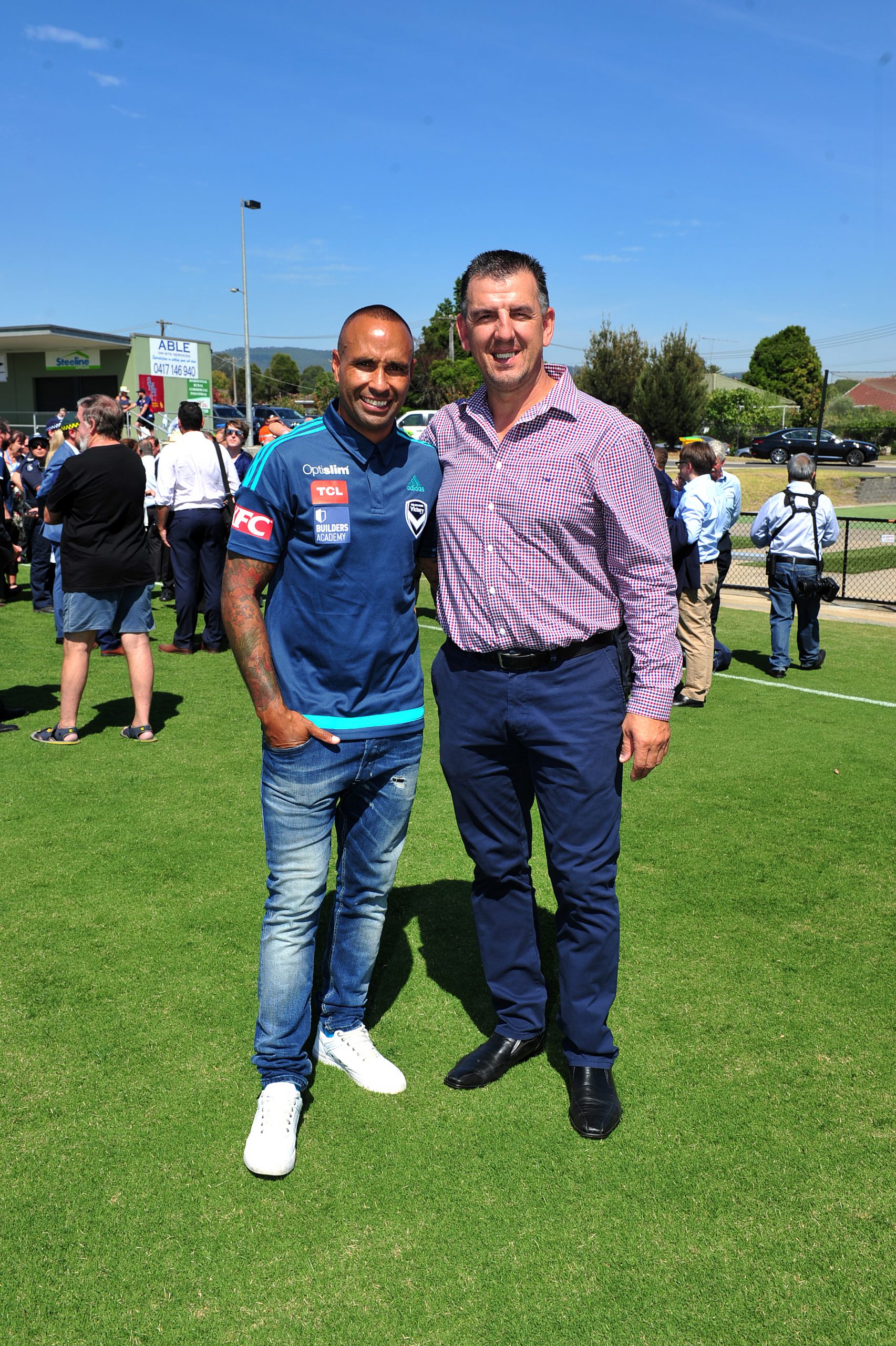 The National Soccer League teammates helped put Morwell on the sporting map in the 1990s and are ready to do it all again in another capacity.

Mr Moe and Mr Melbourne Victory reunited in the Latrobe Valley on Friday as the State Government announced a multimillion dollar, multi-faceted sporting package for the region.

Part of the $85 million announcement was $6.9 million to bring more major sporting and community events to the area through more elite pre-season games, coaching clinics and sports carnivals.

Thompson’s Melbourne Victory is set to form part of that big picture with an increased local presence in future, while Moe Football Club president Gelagotis will help host the A-League club and other high profile franchise visits to the area.

Former Socceroo Thompson said he remembered playing in Morwell fondly and hoped to see more young talent get the same opportunities he did.

“The likes of Manny and a few other boys, that’s lifelong friendships and that’s what sport does,” Thompson said.

“To have the money brought in and the community involved with sport you make friends.”

Gelagotis, whose main games are now AFL and the nags, said it was exciting to be back in cahoots with his old mate.

“Archie’s CV is to live for and I’m just proud to be part of that story. I spent a lot of time with Archie when he was young and to watch him develop and grow and I’m thrilled with what he’s done for the game,” he said.

“He’s really helped our area grow; there’s a lot of kids dreaming to be Archie Thompson in our soccer community and that’s really important.

“He’s back here putting into the area that was really good to him.”

As for who was the better footballer, Archie has the track record but claims Gelagotis had the “sweetest left foot” he’d ever seen and a leg up on the dance floor.