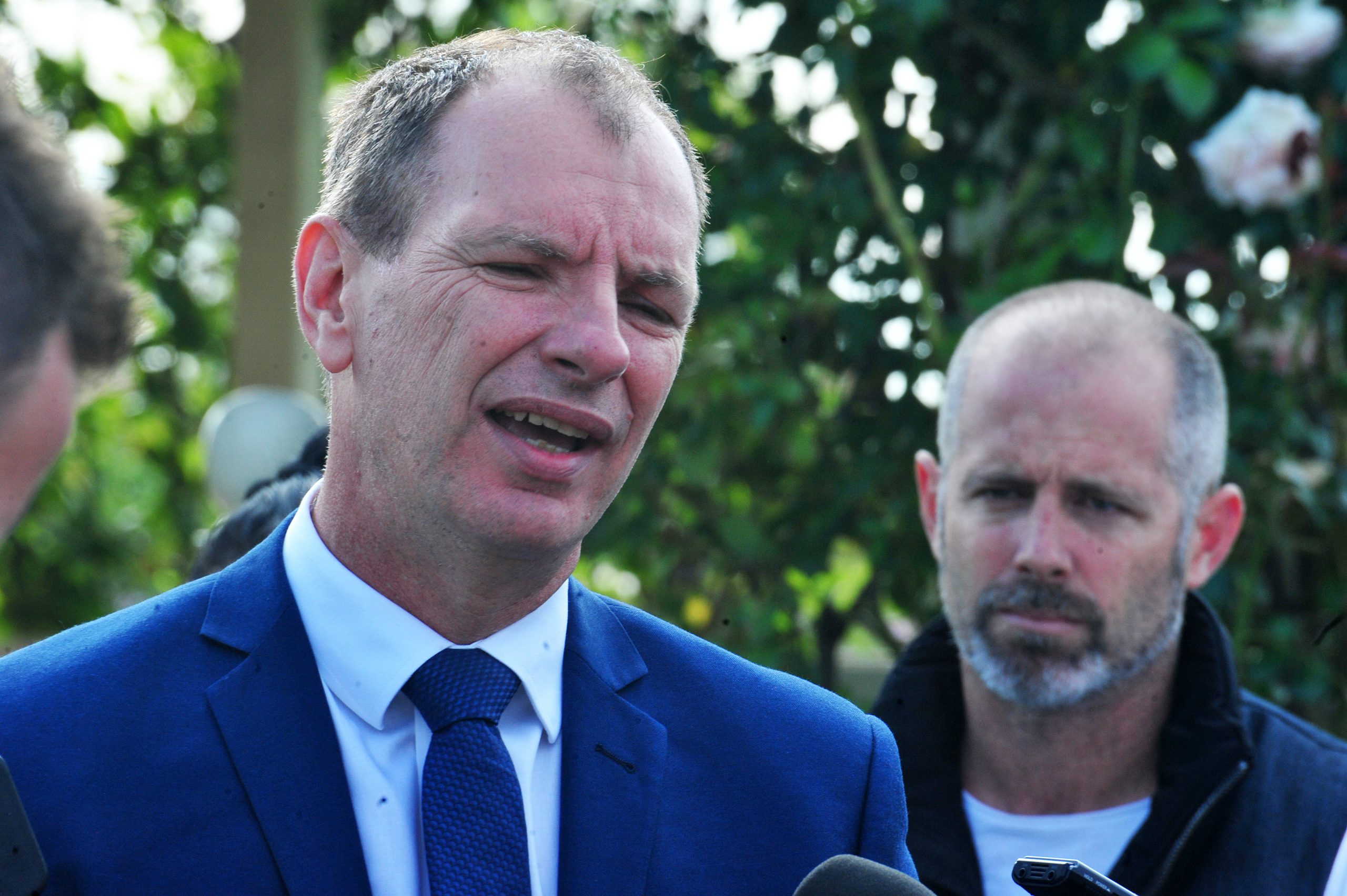 While members of the community and Coalition gathered in Morwell’s Centenary Rose Garden yesterday, all ears were on Hazelwood power station worker Troy Makepeace.

Makepeace was of the State Government’s Worker Transfer Scheme in what he described as a “very sad day” for the Latrobe Valley.

“What’s disappointing is that there’s no long-term jobs and future prospects for a lot of workers around here,” Makepeace said.

He said he was not “banking” on receiving a job from the Worker Transfer Scheme.

“In two days I’m going to be out of a job as are many others… until there’s a letter of offer in my hand, I’m not really confident of being one of the transferees going across to another job.”