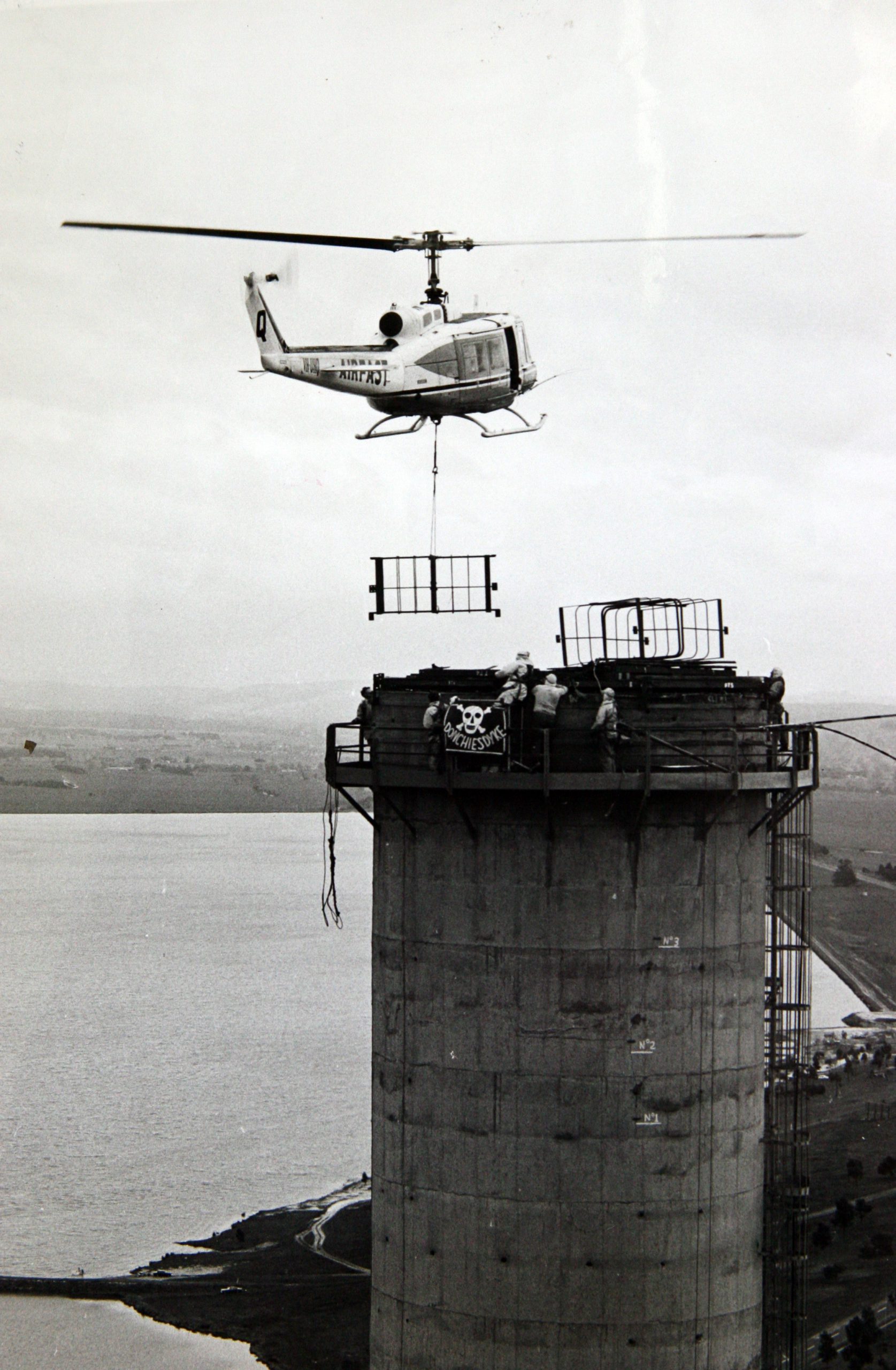 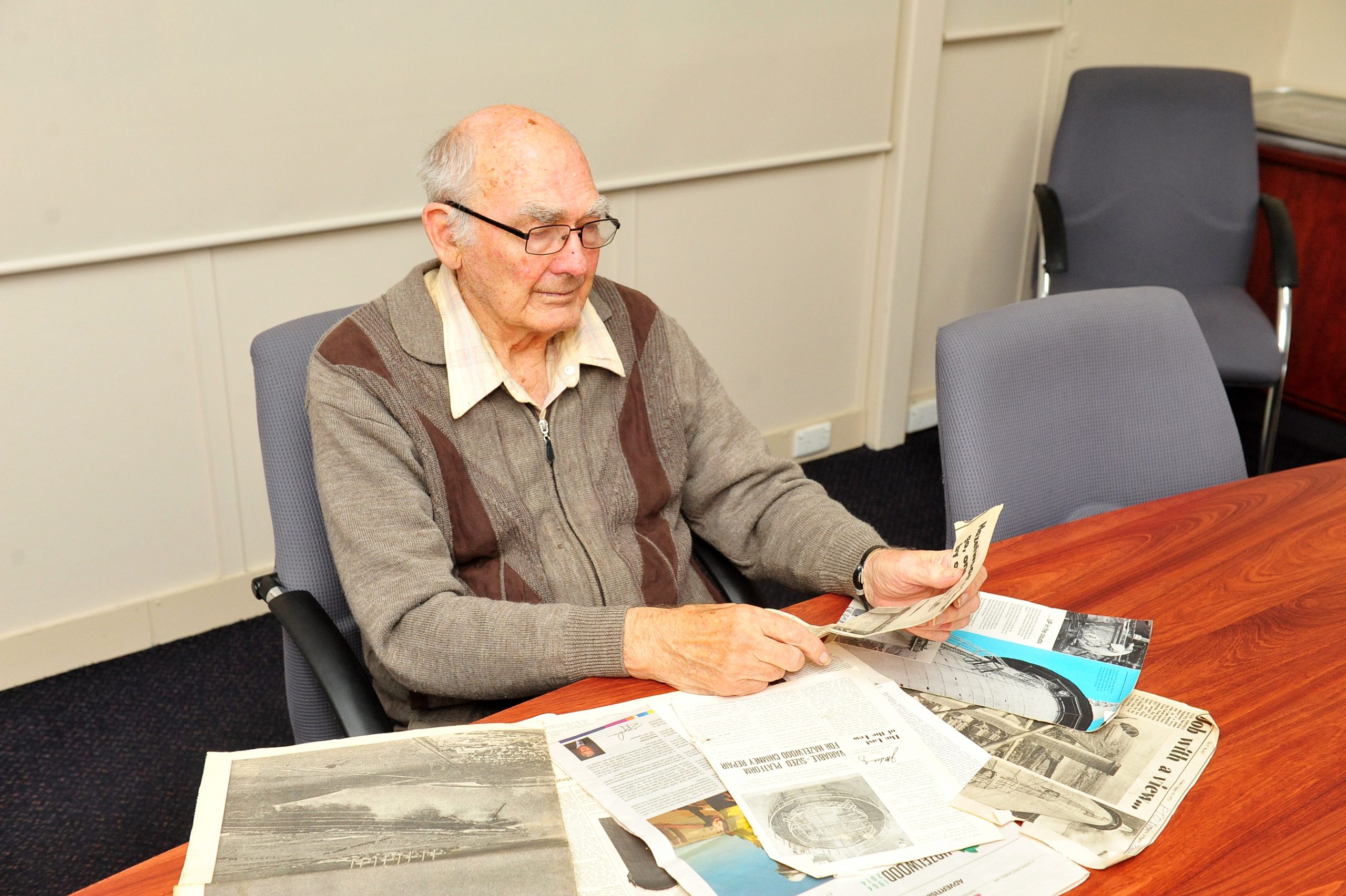 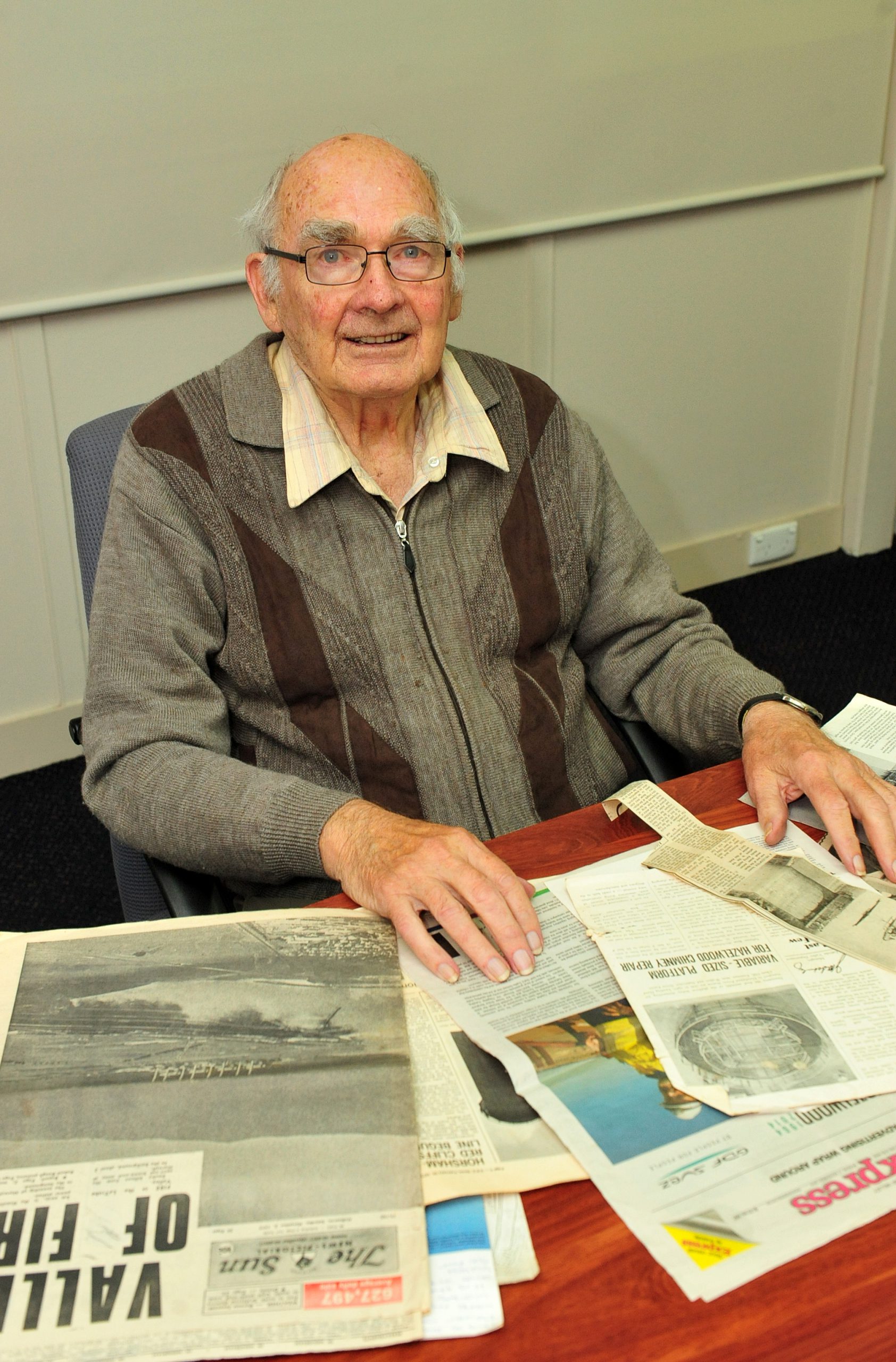 But mention ‘Hazelwood power station’ and the memories flood back.

Mr Donchi of Morwell, now 83, was a head maintenance engineer at Hazelwood in the 1970s when the State Electricity Commission used a helicopter to repair the top of chimney two early in the decade.

When the seal on chimney two failed, a steel structure, known as ‘the cat head’ was lifted onto the top of the chimney to assist with the replacement of the brickwork and to make a new and improved seal.

“We were up there one day, it was a beautiful day and a pleasure to be alive. Then things started to hum,” Mr Donchi said.

“People started to get shocks. The whirling blade from the helicopter above our heads was creating electricity, if you touched anything that was linked to the helicopter you’d get a bloody big shock.”

Mr Donchi said the shocks weren’t powerful enough to kill but were strong enough to “make you feel uncomfortable”.

An article from SEC News dated 24 February 1972 revealed that the “standard charge” for hiring the helicopter to perform the operation cost the Commission $180 an hour.

The cat head provided a structure for guide ropes and pulleys, and a cage, to lift material from the chimney base to the top of the stack through the inside of the iconic structure.

“When we were carrying out work on the stacks, it would normally knock a week off the outage and that was worth a lot of money for the Commission,” Mr Donchi said.

“And while you were working on the outage, there could be other sudden outages because something broke and that was a bit hair raising, sometimes we would work around the clock to get the job done.

“You could be working on an outage for three months, you see, and these other things would break and would need to be repaired pronto.”

Mr Donchi said it was the only time the SEC used a helicopter for loading equipment onto the top of the stacks.

“You could hear the helicopter’s voice raising, it was frustrating, but gee we did a good job given the circumstances,” he said.

Donchi, who has lived in Morwell since he was seven, said it would take work crews more than 20 minutes to climb to the story of the stacks when they were undertaking work.

“You had the metal cage (to protect you). If you wanted to rest you had to lean back against the cage but it was pretty uncomfortable,” Donchi said.

“It was pretty though, you could only fall about 20 feet at any particular time because they had platforms every so often.

Nowadays, memories and news clippings are all that remain of Donchi’s time at Hazelwood power station.

Like many other former SEC employees, Donchi has many stories that cannot be printed for various reasons but leave a lasting legacy of what life was like in the Latrobe Valley during the boom of brown coal.