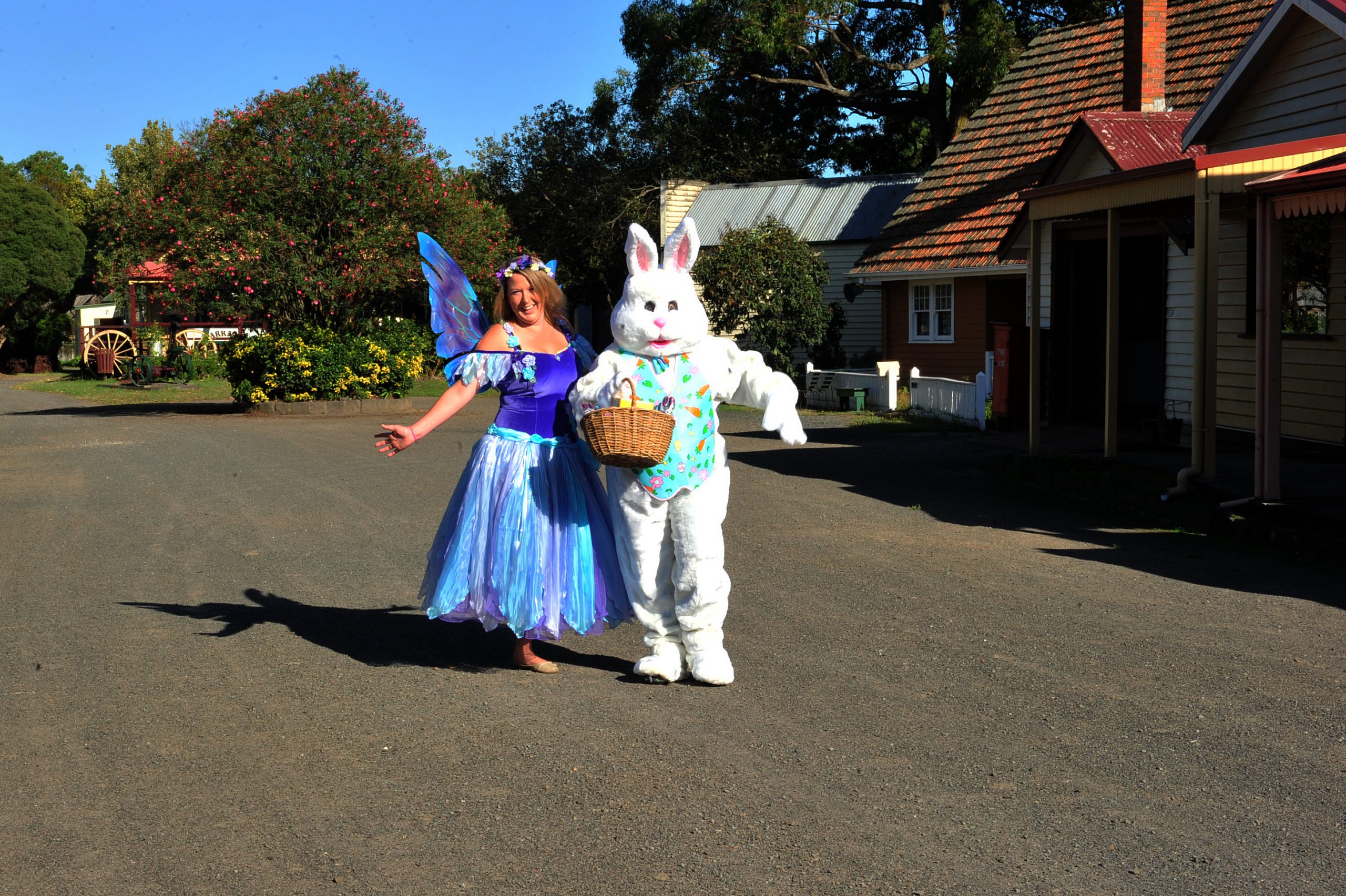 Old Gippstown’s annual Easter Fair is running for its third year on Saturday, 15 April to raise money for the Good Friday Appeal.

The historic village will host a number of children’s activities from 10am to 2pm including carnival rides, old fashioned games, live music, market stalls, jumping castles and a special appearance from the Easter bunny and his fairy friend.

Children can search the grounds for chocolate in the Easter egg hunt.

Entry for children is $5, and the Easter egg hunt costs an additional $1. Adults enter with a gold coin donation.

Half of the proceeds raised will be donated to the Royal Children’s Hospital Good Friday Appeal.

The Royal Exchange Hotel Cork Club will fire up the barbecue as part of the annual Community Family Fun Day on Good Friday.

A fire truck display, a fishing game, raffles, jumping castles, plaster fun and rides will fill the hotel car park for the festivities.

All day on Thursday, 13 April and until about 3pm on Friday, 14 April volunteers will be rattling tins at the traffic lights on the Princes Highway, and event organiser Roy Arnold is encouraging people to sign up to help raise money.

Anyone wanting to get involved can follow the links on the Royal Exchange Hotel Facebook page. Roy is also looking for people to serve on the barbecue, sell raffle tickets and help out at stalls.

Yallourn North is among a couple of Latrobe Valley pubs hosting a Good Friday Appeal event on Friday, 14 April.

Raffles, jumping castles, face painting, spinning wheels and a barbecue ran by Yallourn North CFA are all part of the festivities.

The recently relaunched pub will donate one dollar from every pot purchased to the Good Friday Appeal.

Meals will be available from 6pm as usual. For more information phone Yallourn North Hotel on 5167 1401.

It’s the first year Bushies Bakery will be open on Good Friday in a joint fundraising venture with the Glengarry Community Association.

Golden Gaytime, Nutella doughnut and pineapple curd are just three of the many wacky flavours of hot cross buns to come out of the oven, with $1 from every packet going towards the Good Friday Appeal.

Glengarry Good Friday Community Picnic organiser Dean Sutton said the community association will be hosting a barbecue with a band and an Easter egg hunt over in Apex Park.

“At about 2.30pm we’ll have a big massive group photo and the cheque exchange for the Royal Children’s Hospital via Facebook live,” he said.

“For the barbecue itself, the funds raised will go back to the Glengarry community for projects around town and the bun sales will go to the Royal Children’s Hospital.”

The barbecue will run from about noon onwards in Apex Park in Glengarry and Bushies Bakery will be open from 10am to 2.30pm.

Latrobe Valley residents, and employees at Aussie Broadband, Jacqui O’Sullivan and Tiffany Webb will be heading to the city to raise funds for the first time for the Good Friday Appeal.

Ms Webb will be collecting donations at the Good Friday AFL round four twilight clash between North Melbourne and the Western Bulldogs at Etihad Stadium, and Ms O’Sullivan will be providing customer service assistance at the fundraising telethon at Melbourne Exhibition and Convention Centre.

Aussie Broadband will also hold a barbecue on Thursday, 13 April to raise funds for the Good Friday Appeal and for those affected by Cyclone Debbie.