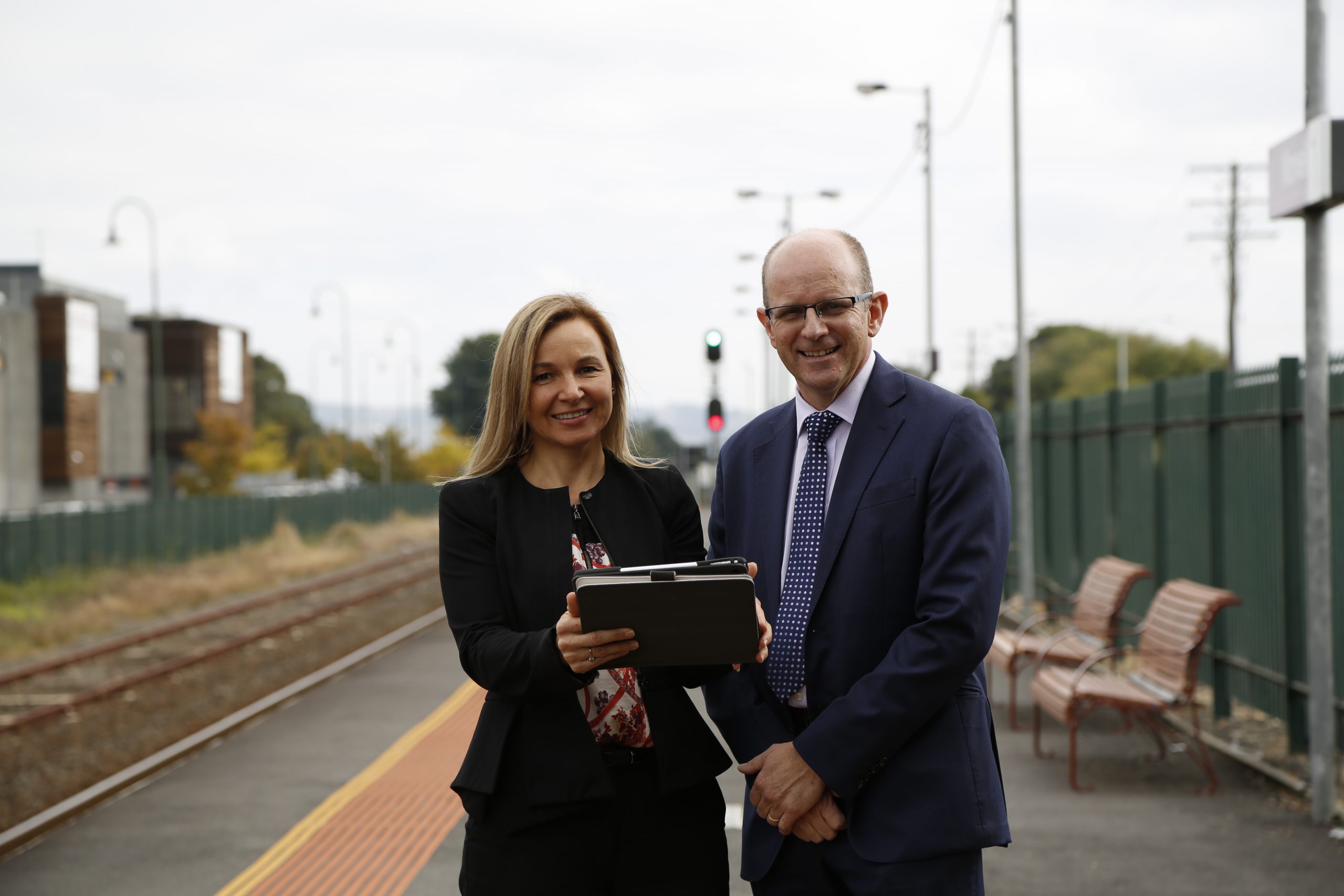 Connectivity for mobile devices along the Traralgon line will be improved after the State Government and three major carriers announced plans to address the long-standing headache for commuters traveling to and from Melbourne yesterday.

In-train technology will be used to boost nearby signals from mobile towers, enabling passengers to receive coverage along the Gippsland line.

Passengers traveling between Traralgon and Pakenham will experience improvements from the end of the year in what locals say is welcome news for commuters across the Latrobe Valley.

“These improvements will provide rail patrons with the capacity to work effectively from when they board until when the leave the train, adding many extra productive hours in they day,” Advance Morwell spokesperson Graeme Sennett said.

“With the adoption of flexible work arrangements, along with many workers using cloud-based computing solutions and instant messaging tools such as Skype, this level of connectivity is essential.”

Mr Sennett, a regular commuter, said the announcement came at a pivotal time for the Valley as the region begins its transition away from a carbon-based economy.

The boost in coverage is part of the State Government’s $18 million Regional Rail Connectivity Project which will result in mobile coverage and connectivity improvements across five regional Victorian rail lines including Traralgon.

A pilot trial of mobile reception repeaters in VLine’s VLocity carriages, the fleet that’s received the most criticism from commuters, has already begun.

If successful, repeaters will be rolled out into the entire VLocity fleet next year.

Telstra area general manager Loretta Willaton said Victoria would be the first state in Australia to have the carrier-approved in-train technology.

“We know that increased coverage is a priority for our customers and for businesses in regional Australia and that is exactly what this project delivers,” Ms Willaton said.

Telstra is one of three carriers in the consortium of service providers, including Optus and Vodafone, who agreed to partly fund the construction, meaning customers of all three providers will receive improved coverage.

State Member for Eastern Victoria Harriet Shing said the project would allow regular commuters to use their travel time more productively and access the same services metropolitan commuters have access to.

Up to eight new mobile towers will be constructed as part of the project.

The work is expected to be completed by the end of next year.