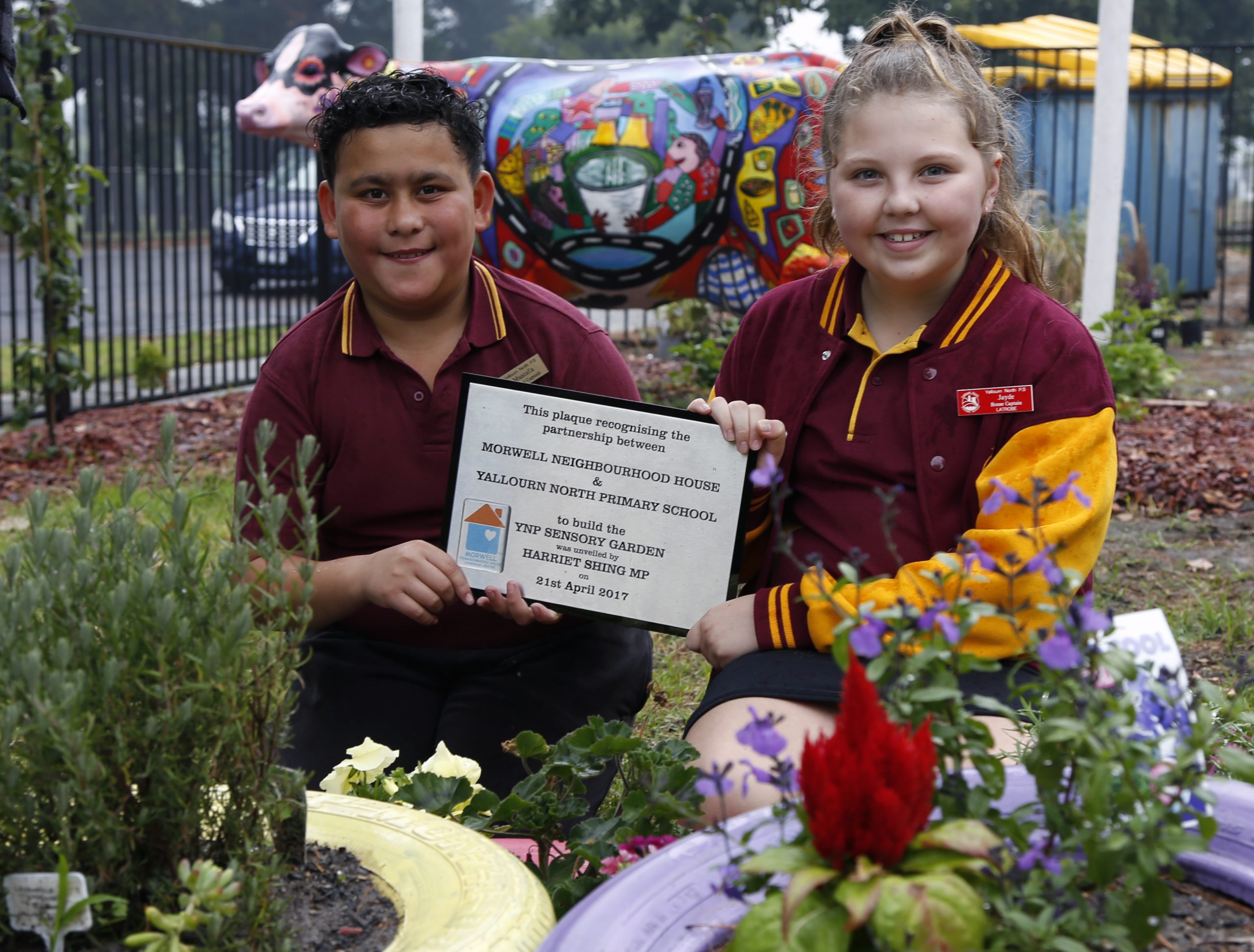 A new hands-on approach will be taken by teachers and students at Yallourn North Primary School after the opening of a sensory garden at the school on Friday.

The joint effort by the school and Morwell Neighbourhood House will give students an opportunity to undertake practical outdoor-based curriculum activities in an interactive and edible environment.

“Once we took a look, we thought we could do some more to support the school and after some conversations with the principal and teachers, we found out that they had been trying to get a sensory garden off the ground for a number of years,” Ms Lund said.

“We felt we had the means, so we took the reins and ran with it basically.”

The garden features a variety of vegetable and fruits including apple trees, strawberries and herbs with a variety of colourful plants and trees to spark the children’s imaginations.

“The children will be responsible to maintain the garden and change the fruit and veggies depending on the season,” Ms Lund said.

She said the garden would grow and evolve with the school and the Yallourn North community overtime.

“We’ve given them a base, some framework for them to work on and no doubt in years to come the garden will mature and the kids will take more and more interest,” Ms Lund said.

“You don’t often see schools working with neighbourhood houses on projects like this so it really highlights what can be achieved in our communities when we work together and work to our strengths.”

Yallourn North Primary School principal Kieran Kenneth said the space would provide an opportunity for the school’s 121 students to utilize senses such as taste, touch, feel and smell.

“We’re a Walker Leaning school which means we look at what each individual child is ready to learn rather than being dictated to by a curriculum document,” Mr Kenneth said.

“As part of that, we do a lot of nature-based learning so the sensory garden was a natural part of the school we needed to build on to really create a space where kids can be creative and transfer their learning from the classroom to life.”

Mr Kenneth thanked the community for its support and enthusiasm and said the project had been transformed in four months from a hopeful concept to an unbelievable reality.