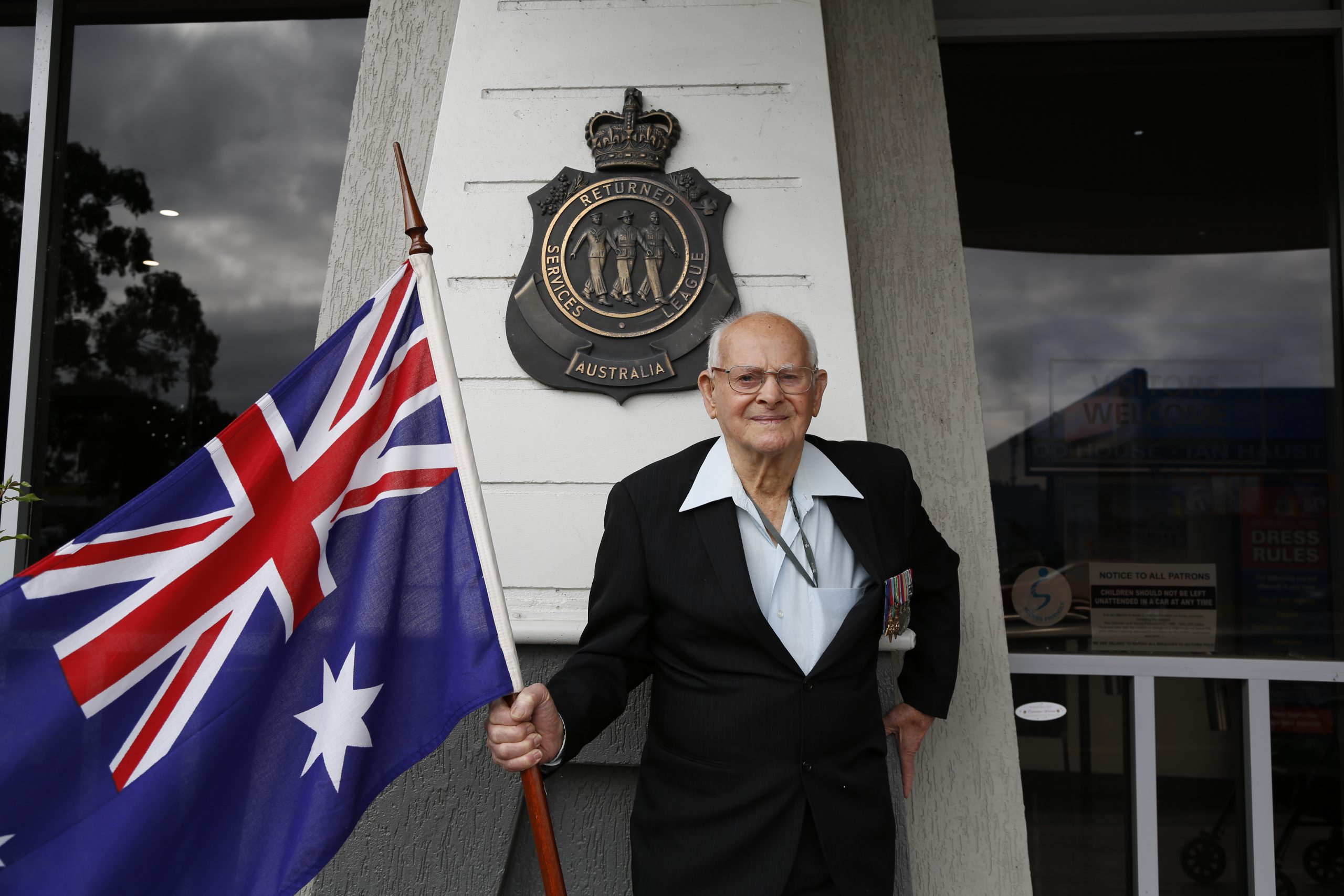 For Reg Selwyn, marching on Anzac Day has been a life-long tradition.

He’s marched every year since his return to Australia from what is now Papua New Guinea in 1946.

“Anzac Day brings back a lot of memories, really a lot of them are bad memories but we remember those that didn’t return,” Mr Selwyn said.

“I think my family are proud of me. I hope so anyway,” the father of four, grandfather of 13 and great-great grandfather to more than 20 children, said.

“At the time (of going to war) we just thought about winning, nowadays I think a lot about the people I fought alongside and I’m grateful for the work they did.”

Mr Selwyn, now 93, was a driver-mechanic during World War II where he spent most of his time carting general freight from the wharf at Buna out across the country.

He joined the army in 1942 at the age of 18 where he moved to Queensland from Cowwarr to undertake further training.

“We were stationed first in Brisbane then down near Beaudesert before moving up to Maryborough, which I found out later was what they called the Brisbane line,” Mr Selwyn said.

“They called it that because they were going to defend Australia from Maryborough down to Adelaide and across to Perth.”

From there, Mr Selwyn was transferred to the ninth division where he moved to Cairns and boarded a troop ship bound for Papua New Guinea.

“Buna had only just fallen into Australian hands when I arrived, but just up the coast the Japanese would send raiders every night,” Mr Selwyn said.

“A few bombers would come over and the air raid siren would go off before there would be a huge black out. I’ve never forgotten that sound.

“Occasionally the radar would miss the planes coming in and they would catch us with all the lights on, a perfect target. Of course the first place they’d drop bombs on was the wharf area.”

Mr Selwyn recalled a time when he was at an outdoor picture show where a solider interrupted and said, ‘be careful what you say – we’ve got Japanese spies in among the crowd here, you won’t recognise them from another Australian solider, so be bloody careful’.

“If we saw someone we didn’t know we would never discuss units or troop movements,” Mr Selwyn said.

Upon returning to Australia, Mr Selwyn married a woman he had known all his life – Aileen, known as Jean – who he had been married to for 64 years until she passed away eight years ago.

“It was harder than being in the war.”

When he returned to Australia in 1946, he operated a transport business out of Yinnar with his brother before securing a job with Nestles as a driver, eventually working his way up the ranks to head mechanic out of the company’s Yinnar depot.

He finished his working career, when he turned 60 in 1983, as a fitter and turner at Hazelwood Power Station.

Now aided by a walker after suffering a minor stroke last year, the Churchill resident said he kept active and spent most of his time in the garden where he grows vegetables, or at the Morwell RSL or Churchill day clubs.

“You’ve got to look forward to the future. I might live to be 100, I might be a bit optimistic but you’ve just got to keep battling on.”