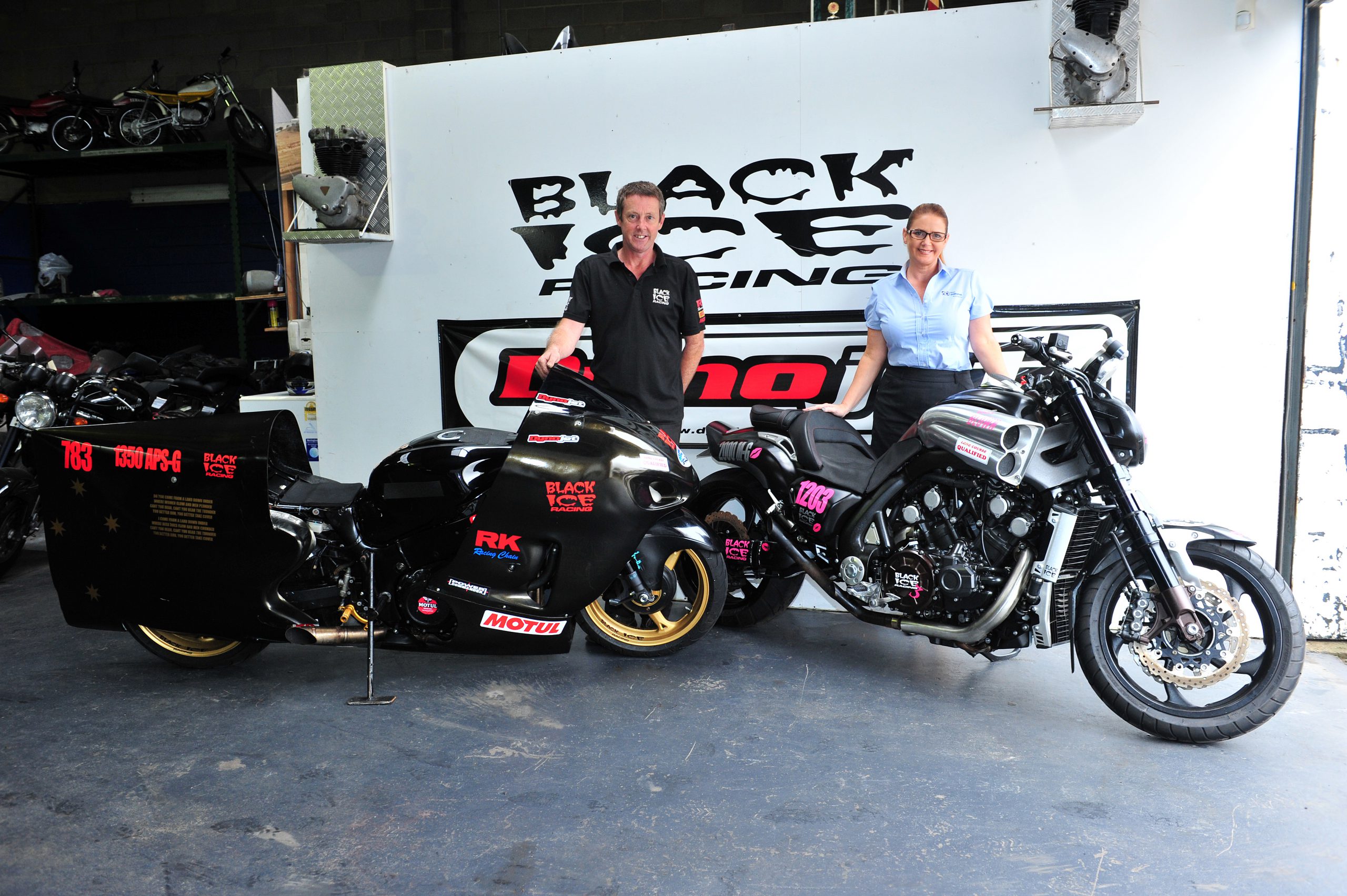 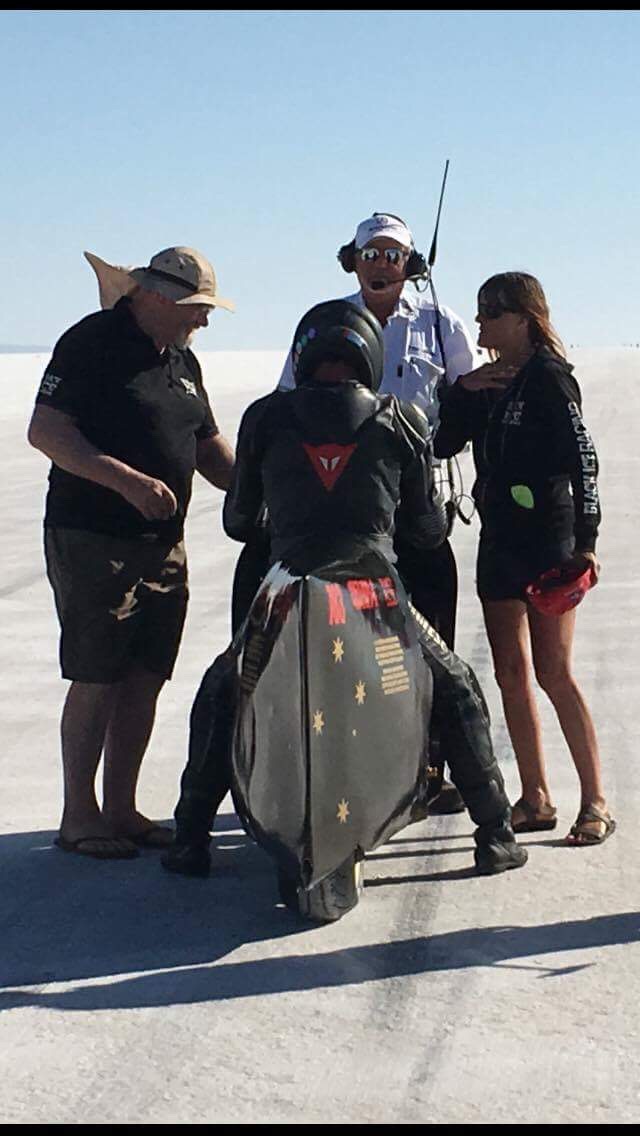 For brother and sister Ken and Rebecca Robinson – the smell of a two stroke is how they define their childhood.

For 30 years their father, Ken senior, owned and operated Moe Motorcycles as a dealer for Yamaha and Suzuki, with a second shop at Morwell selling Honda and Kawasaki.

Since their father retired about five years ago, Ken junior has operated a motorcycle repair and service shop.

But motorcycles are more than just a source of income for the family.

It’s a passion that runs much deeper.

Between the two siblings, Ken and Rebecca hold six ‘land speed’ records, an achievement likened to the climax in the movie ‘World’s Fastest Indian’.

“I haven’t worked it out how long it takes to do five miles on average but at 380 kilometres per hour it doesn’t take too long at all,” Ken said.

Ken started racing on the salt in 2009 at Lake Gairdner in South Australia, about 200 kilometres north west of Port Augusta after a friend of his took up the sport.

“I went up to the salt one year with Ken and it looked like a lot of fun,” Rebecca, a real estate agent by trade, said.

“He offered me his (Suzuki) Hayabusa, his treasured possession, and I raced it on the day and have been racing ever since.

“Taking the bike somewhere it’s never been before and doing something that no one has ever done while finding the courage and the strength to do it – that’s what it’s about.”

For the past eight years, the team has travelled to Lake Gairdner for Dry Lake Racers Association’s annual Speed Week competition.

The team is made up of two bikes including a 1340cc naturally aspirated Suzuki Hayabusa raced by Ken and Rebecca’s 1700cc V4 Yamaha VMAX.

Rebecca has had similar success, holding a land speed record in the MG 2000cc class for the past five years.

“The first time I rode the Yamaha I got an Australian record on it, then Rebecca jumped on it and beat me,” Ken said.

Given its American heritage, MG stands for ‘modified gas’ or in Australian terms it could be described as ‘modified petrol’.

But it’s not all fame and glory for the pair.

Ken recalled a moment when he collided with a witch’s hat, riding at 380km/h.

“I saw the witch’s hat coming but by that time it was too late to move, the wind pushed me into it and before long I was on top of it,” Ken said.

“It damaged the bike very badly, it caved the exhaust system in and broke the back of the fairing off the bike – all by a single rubber witches hat.

But Ken said he didn’t feel like “he was playing with death”.

The American-based sport is calculated in miles, and measures the average speed of a motorcycle over varying distances.

“You don’t need much horse power, it’s all about the bike’s aero dynamics and handling – that’s the key.”

“Next year we’ll run it with a super charger and change some gear ratios to get it to go a bit quicker,” Ken said.

But while the sport is relatively affordable for the average punter according to the duo, Rebecca explained that the governing body, Dry Lake Racers Association, prevents people from going “flat out” when the start on the salt.

“You’ve got to go an do a licence pass and if they’re happy with the way you’re handling the bike, they’ll let you go faster and faster and gradually build your speed up,” Rebecca said.