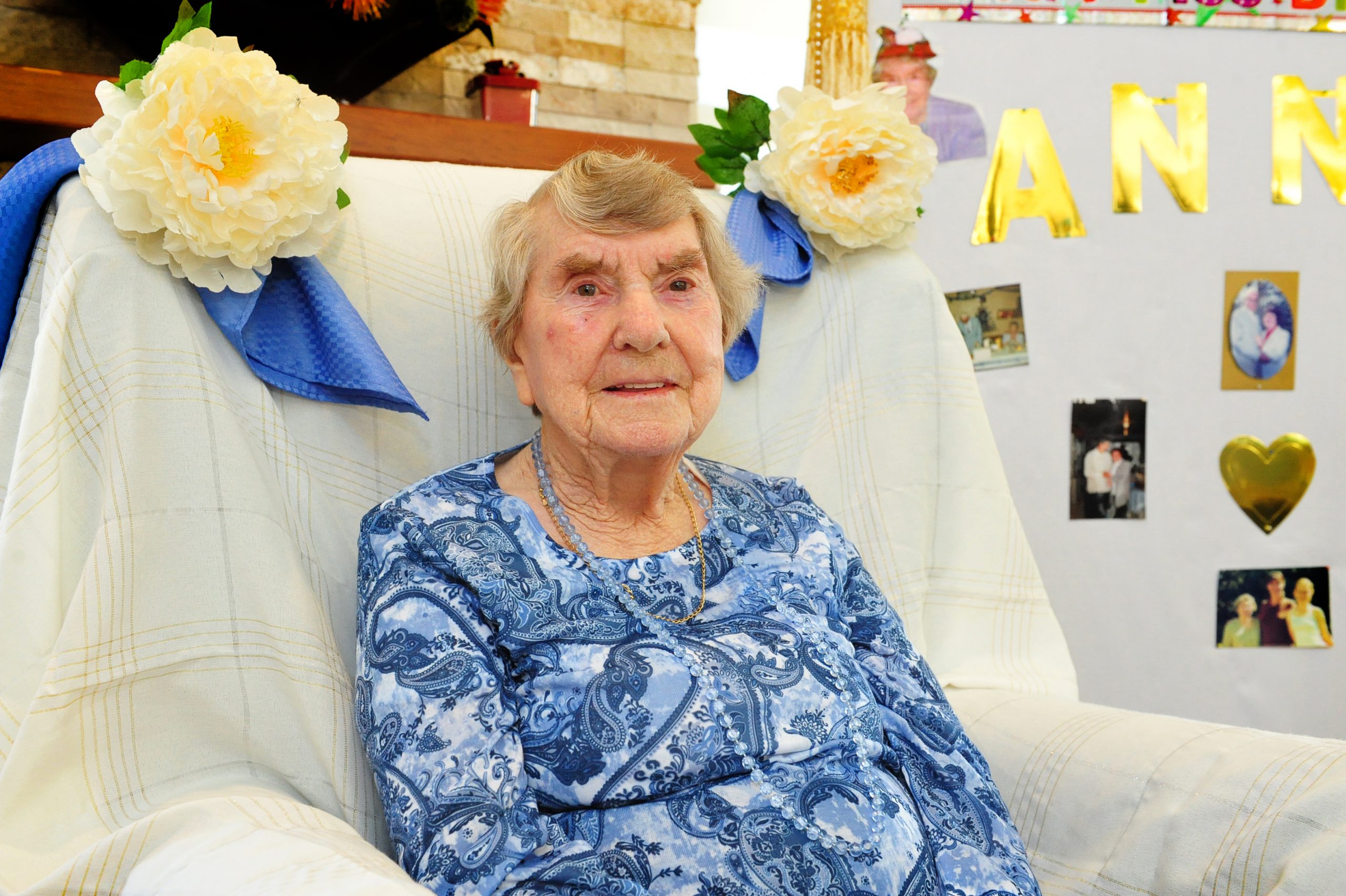 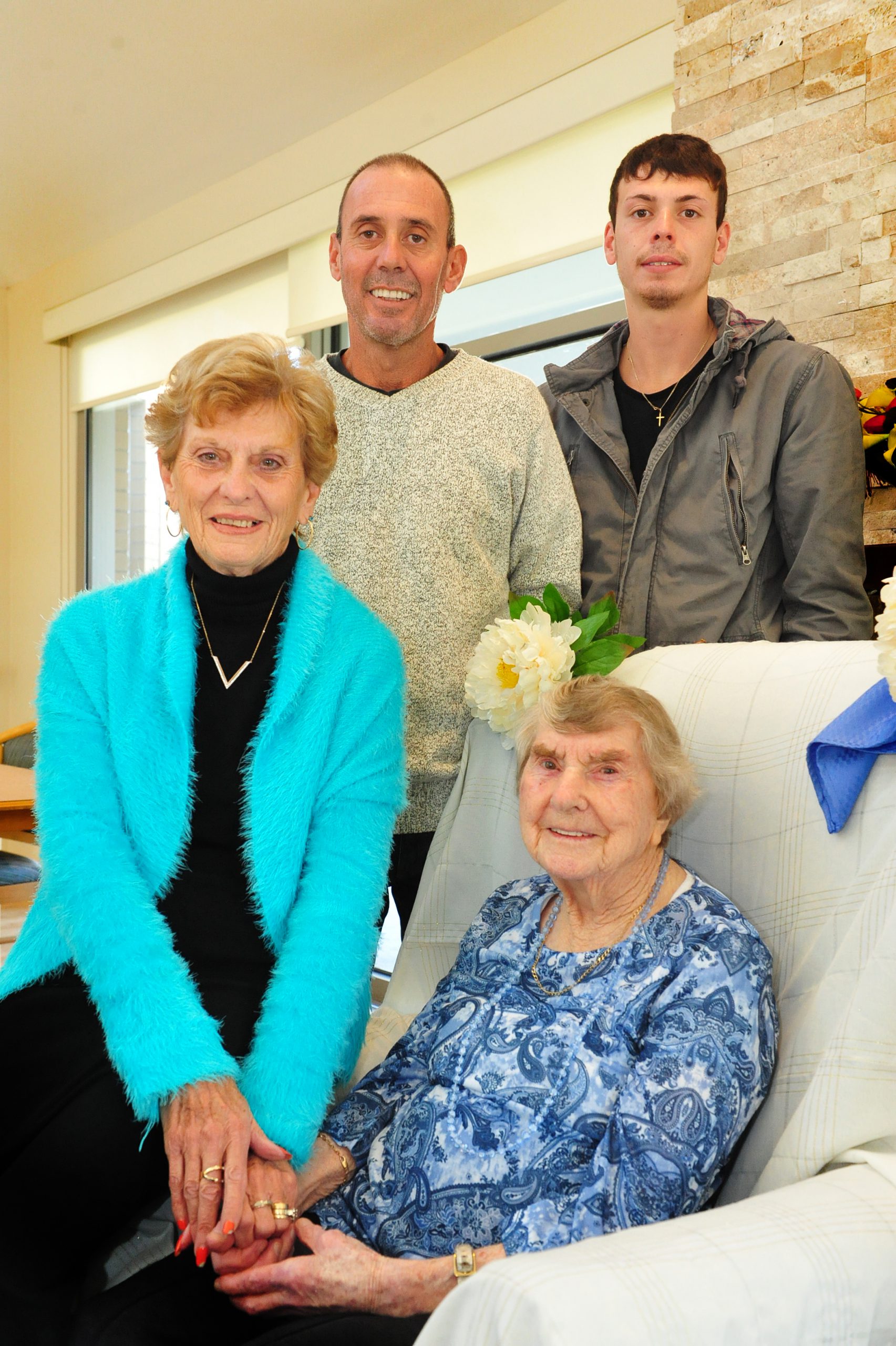 Celebrating a 100th birthday on Mother’s Day is something not many people get to experience.

But for Annie Slimmon, turning 100 yesterday was “just another day”.

“I just take each day as it comes, I never plan ahead, I live in the moment,” she said.

Mrs Slimmon migrated to Australia in 1950 with her husband John and three children, Bill, John and Marion by ship from Glasgow in Scotland.

Originally settling in Newborough, she worked as a nurse’s aid at the old Yallourn Hospital before moving to Morwell in 1960 after the birth of her fourth child, Gordon.

From there, Mrs Slimmon worked at the Wallace Street guest house, which once stood a drop punt away from the current site of the Morwell Bowling Club, as a kitchen assistant.

“I enjoyed cooking and knitting but these are two things I don’t do anymore but they were my life – knitting and cooking,” Mrs Slimmon said.

“I used to knit my own jumpers and cardigans.”

Now aided by a walker to steady her balance, Mrs Slimmon gloated she does not take regular medication and gave up driving at the age of 83, after her licence came up for renewal.

“I don’t do very much these days because my eyesight is not as good as it used to be, I use a walker but other than that, I’m happy as Larry,” she said.

These days, Mrs Slimmon is a resident of Yallambe Aged Care in Traralgon, having left a retirement village in Moe two years ago aged 98 years.

Her daughter, Marion Locke, attributed her mother’s century to a good balance of “hard work” and “healthy living”.

“She’s always been a workaholic. The house was immaculately spotless from top to bottom. She was always polishing her furniture and playing in the garden,” Mrs Locke said.

“She likes to potter now and watch what’s going on, she loves to watch other people and it really makes her smile.”

Yesterday three generations of Mrs Slimmon’s family travelled from across the country to celebrate her 100th birthday.

When asked about the purpose of life Mrs Slimmon said it was important to “treat people they way you want to be treated and enjoy each day as it comes”.

“If you can help anyone, help them and be a good person,” Mrs Slimmon said.

Mrs Slimmon will receive a letter from the Queen and Governor General Sir Peter Cosgrove.