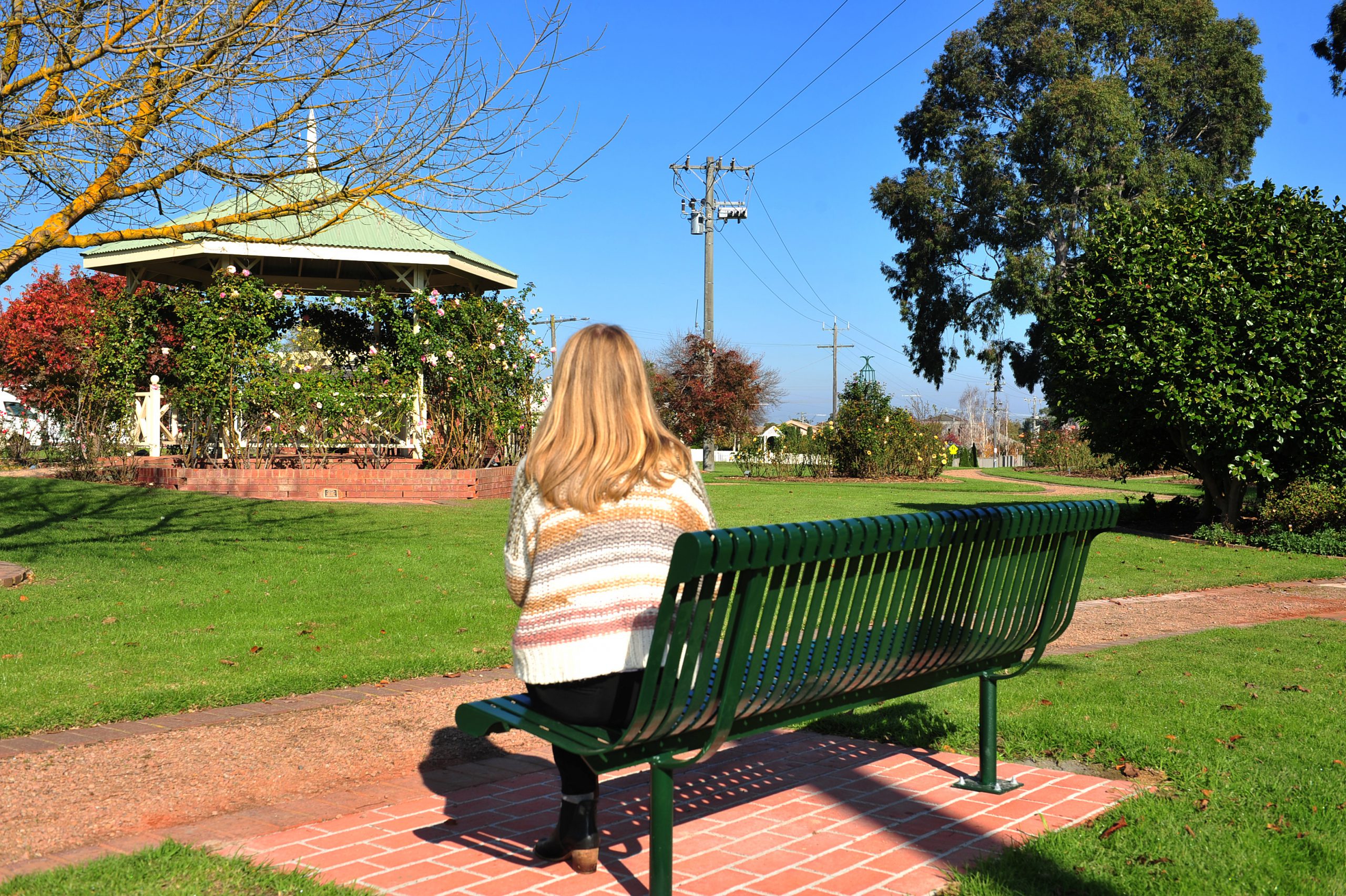 A sign on the door of a west Gippsland mother’s home once restricted anyone who didn’t show empathy from entering.

Nicole* and her son George* either make up lies about why they can’t take guests, or suggest to meet at other people’s houses.

There, the glassware and knives haven’t been swapped for plastic alternatives.

In an interview with The Express, Nicole has asked for her family’s identity to be protected, because of the ongoing judgement her family experiences.

Nicole said her 22 year-old daughter Chloe* had high suicidal tendencies and extreme displays of emotion preventing her from employment.

“She’s tried to kill herself at least once a week, and three times a year she will be close to going,” Nicole said.

Frequent trips to Melbourne clinics amount to Chloe trying to jump out of the car as it races at 100 kilometres an hour down the freeway.

Chloe has a severe form of borderline personality disorder, which has kept Nicole out of work for three years now caring for her daughter.

“I’ve had to extinguish a lot of friendships just to manage our house,” Nicole said.

“Not many people like my daughter. For me that’s heartbreaking in itself.”

Until recently, the Gippsland mother of two has avoided taking her daughter out in public because of her loud name-calling.

Now that Nicole has taken part in a program at Latrobe Regional Hospital for the family members and carers of people with BPD, her life has taken an astounding turn for the better.

“It’s given me the courage to understand that we are different, and that’s okay,” Nicole said.

The course has taught Nicole to separate her emotion from her ability to think practically, even if Chloe’s words are hurtful.

“Now I’m more able to control an outcome of an aggressive situation,” she said.

“There’s less ambulances, less police which is way, way better in our lives.”

Nicole is back studying and has renewed hopes to get back into the workforce.

“We go to psychologists, psychiatrists fairly regularly, and a social worker as well. We’ve tried hypnotherapy, we’ve tried family mediation. None of that has worked,” she said.

“They’ve all focused on saying to me, ‘you need to respond differently, you need to be more assertive’.

“In my heart I thought that was wrong.

“I felt isolated, lonely, dejected. I felt we weren’t part of the community anymore.”

It’s enlightening for Nicole to hear it’s best practice to remain calm around Chloe, however Nicole still thinks there’s a long way to go to break down the heavy stigma which brands people with BPD as manipulative and unable to feel empathy.

“Normally I will get a phone call just before I get into class and it’s normally quite horrific phone calls, and that’s the manipulation you hear about.

“She wants me home, but what she wants is to feel safe.”

Nicole and her husband adopted Chloe when she was nine weeks old and withdrawing from drugs and alcohol.

When Chloe had the opportunity to see her birth mother once again at eight years old, she said she didn’t want to go.

“And then (her birth mother) died about three days later.

“We think that’s when it started.”

That’s when Chloe’s violence towards her family started.

Now she is treated for post-traumatic stress disorder and BPD, however after doing the course, Nicole understands these don’t define her daughter, nor does she want to be this way.

When Chloe has a moment of clarity she immediately apologises for her words and actions, Nicole said.

Nicole said if people showed more empathy towards her daughter she would improve more quickly.

At her best, Chloe is “a really funny girl” and writes “brilliant” poems.

“You rarely get to see her anymore which is sad, very, very sad, but we do what we can to make sure it will come out more.”

*Not their real names

“There’s a lot of stigma associated with this particular disorder because of the extreme emotion and extreme behaviour,” Ms Hill said.

“Some people refuse to treat people with BPD, largely because they haven’t had access to good treatment.”

Ms Hill said the course aimed to provide carers of people with BPD up-to-date and accurate information, and teach them the same dialectical behaviour therapy used to help people with BPD deal with their emotion.

“Because it is an extreme emotional disorder, family members and carers often have high levels of stress.”

Family Connections runs for 12 weeks, commencing Monday, 15 May from 12.30pm to 2.30pm. To register, email bpdfamilyconnections@gmail.com or visit www.bpdaustralia.com