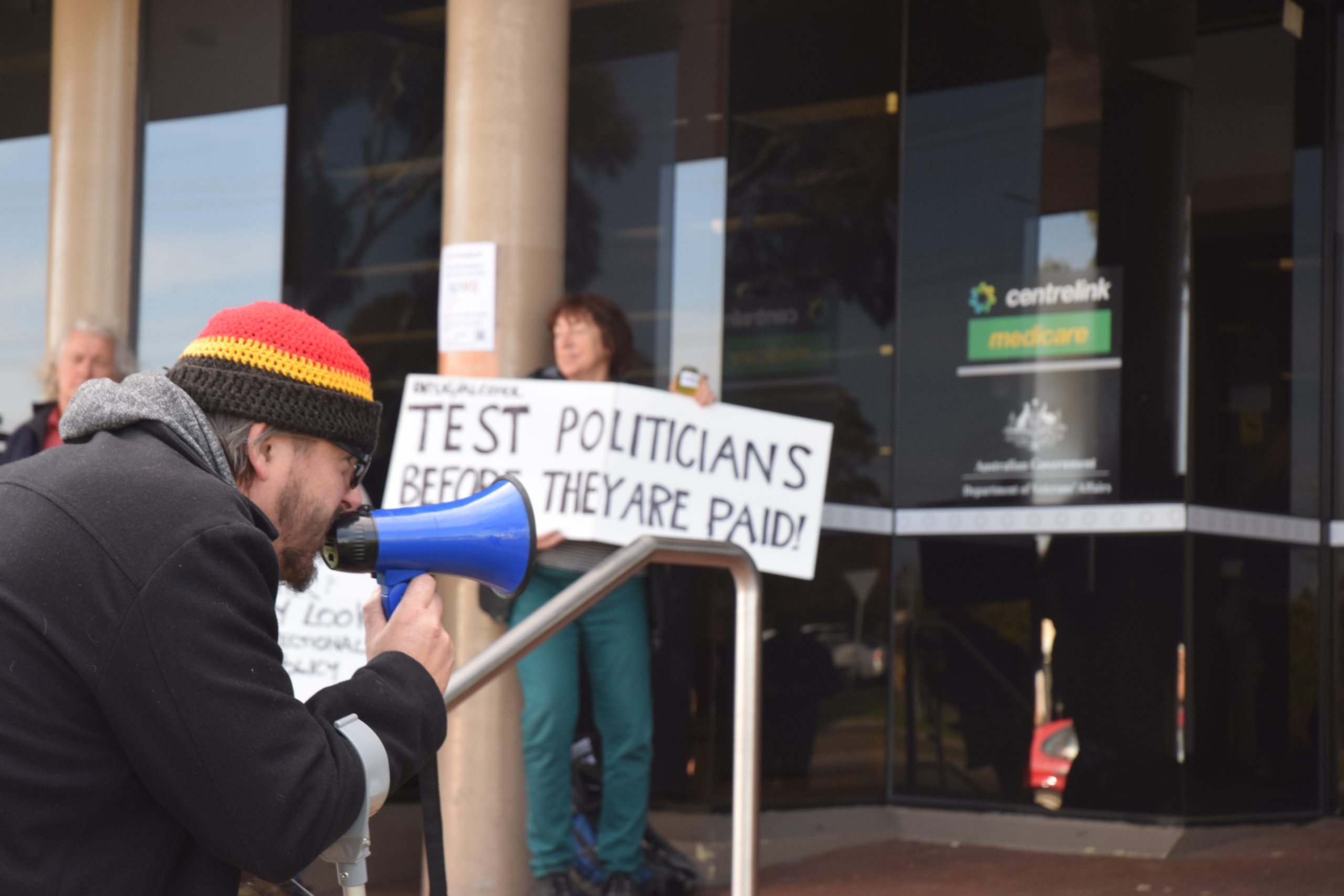 About 10 unemployed and underemployed members of the Gippsland community congregated outside Centrelink in Morwell on Thursday at 1pm rejecting the Federal Government’s budget measures to drug test welfare recipients.

The group displayed placards reading “why prosecute the poor”, “test politicians before they are paid” and “they’re taking the p***”, as jars of yellow cordial imitating urine samples sat at their feet.

“Instead of building more rehabs, and creating jobs in that area, they’re penalising people who have medical conditions and taking money off them,” Ms Zizys said.

“None of these measures create jobs.”

Those who test positive would move to a cashless debit card for their welfare payments and be subjected to further tests and possible referral for treatment.

“We live in a consumer society and we do cash transactions all the time,” Ms Zizys said.

“Bills and rent are skyrocketing all over Australia.

“Most people can barely pay their rent on Newstart now.”

Ms Zizys said she had applied for more than 300 jobs in the past two years and had secured five interviews.

“The last job I applied for, which was a shelf-stacking job, had 500 applicants,” she said.

“There is a real and serious jobs shortage, so punishing unemployed people is not going to change anything.”

The 46 year-old Churchill resident said she had been underemployed her whole working life, except for a two-year full-time gig in New Zealand.

Ms Zizys said she started to feel “very depressed” and degraded despite having qualifications and solid professional experience.

“I have no superannuation. I’ve never got any sick pay. I didn’t get any of those perks through my entire working life,” she said.

A spokesman for the Department of Social Services said in a statement to The Express last week, the department would make further announcements on the drug trial “at an appropriate time”.