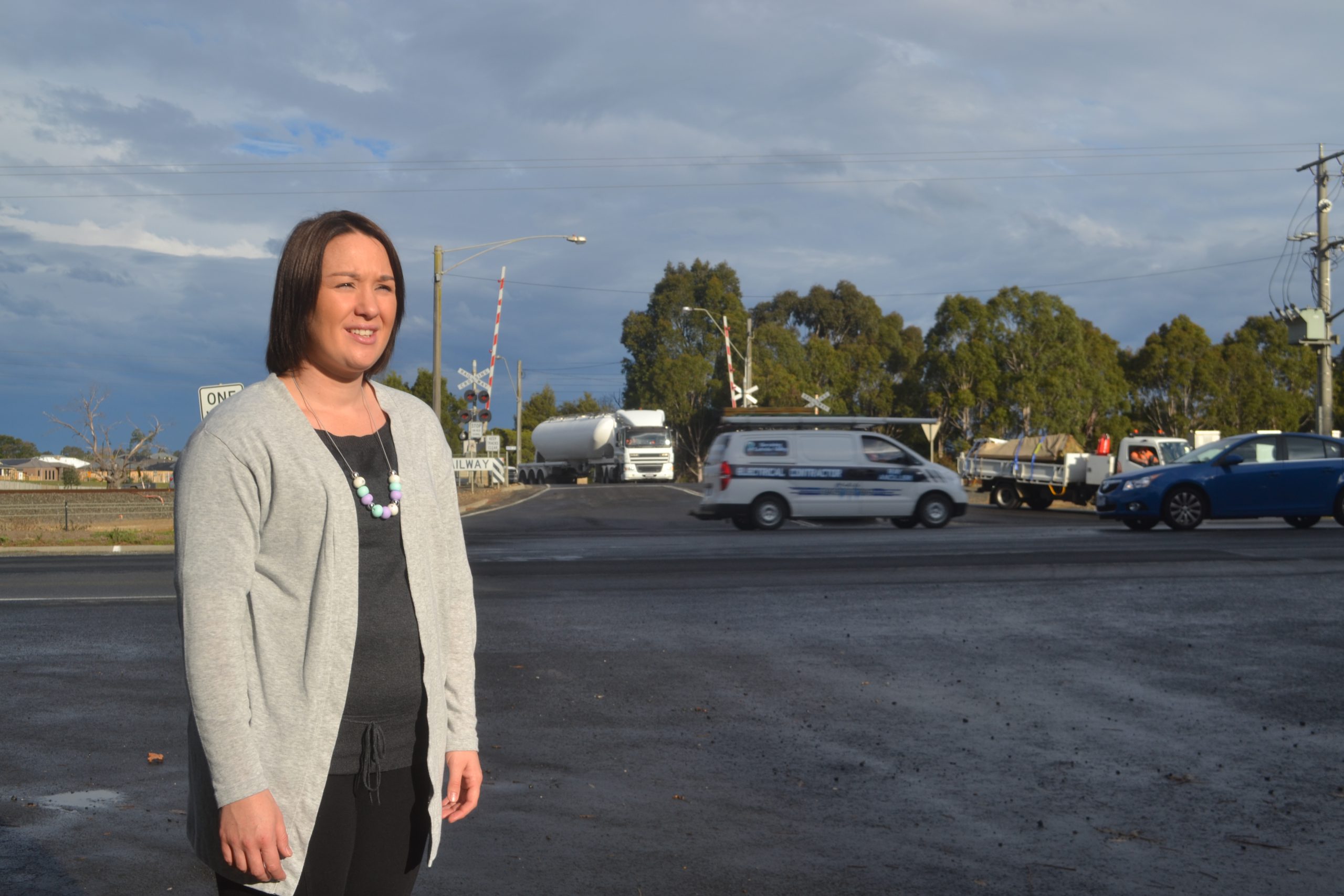 Traffic lights will be installed at a notorious Traralgon intersection in the first half of next year.

The State Government has confirmed the project timeline, to the relief of Traralgon residents who describe the Bank Street and Princes Highway intersection as dangerous.

It comes after money was set aside in the recent state budget for improvements, but had little detail.

The government said pre-construction for the lights would begin later this year.

Traralgon resident Kara Smith said she used to live in the nearby Erin Park Estate, but tackling the intersection twice a day proved a challenge.

“I was in a small accident there, that was probably the straw that broke the camel’s back,” she said.

Ms Smith said the accident occurred when she was turning left at the intersection towards Morwell.

“It was quite upsetting. The kids were in the car and it was such a stupid accident and I was so done.”

“(The intersection) played a big role in our move to the other side of town. I was sick of making that drive everyday. It was unnecessarily complicated.”

Ms Smith suggested a roundabout would assist in remedying the often-confusing intersection.

Fellow resident Amber Roberts, who lives on the other side of intersection near the golf course believes traffic lights are a suitable solution for the intersection.

“I don’t think a roundabout would work because a lot of people don’t know how to use roundabouts,” she said.

“I use the intersection on a daily basis. It’s usually the quickest way, but sometimes I drive all the way up to KFC because it’s too hard to get across.”

“We’re fixing the roads they use every day to get to work, to get home again and to move around the community,” Ms Shing said.

The upgrade is part of a $250,000 investment into the Princes Highway east, which will also include capacity improvements for the intersection at Breed Street.

While community feedback has closed for the Bank Street intersection, Ms Shing said the community would have the opportunity to provide feedback on the intersection at Breed Street and the Princes Highway east shortly.