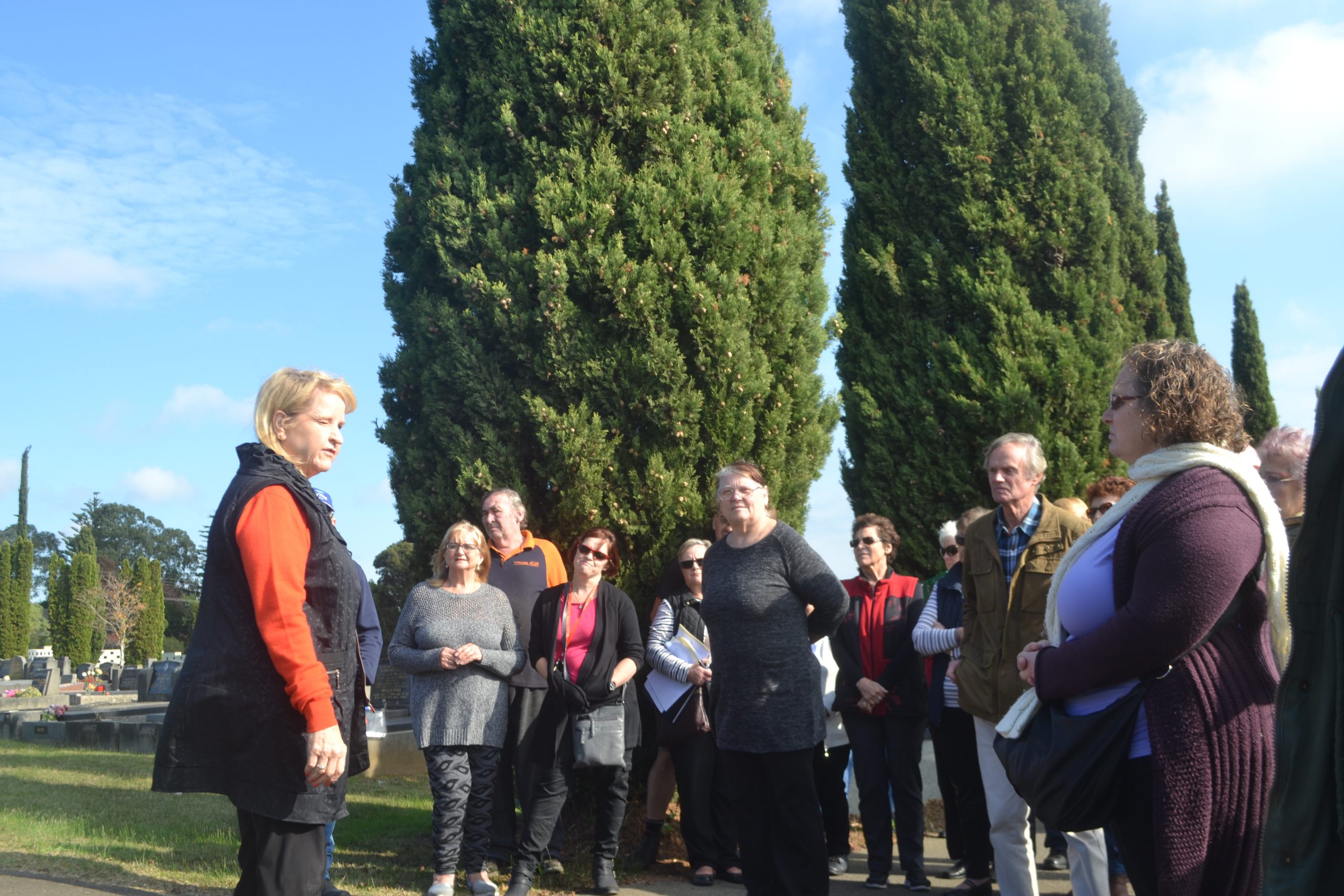 The caretakers of the Moe Cemetery say their support of plans to construct a communications tower at the site is in the cemetery’s best interest.

It comes after about 50 residents gathered outside the cemetery last Thursday in opposition to Telstra’s plans to build a 19 metre communications tower within the grounds of the cemetery.

“The tower is to be constructed at the south western corner of the cemetery, which is a long way away from any existing grave sites,” solicitor John Verhoeven, acting on behalf of the Moe Cemetery trust, said.

“The area probably won’t be needed for grave sites for another 60 years, by then we won’t need towers.

“The Cemetery Trust believes that it is in the best interest of the cemetery to proceed (with the communications tower) as it will keep costs lower and down to an acceptable level.”

Mr Verhoeven said, should Telstra proceed with the application to Latrobe City Council and the proposal be approved, the telco would pay an annual rental that would be determined by the government valuer general.

“Our volunteers maintain the grounds and surrounds to ensure the cemetery continues to be a peaceful and restful place for everybody… if Telstra’s proposal is successful it will mean that we will be able to implement a master plan that we have developed,” Ms Mussared-Horne said.

“We ask locals to be considered in their initial objections and look to potential benefits that will come to new infrastructure and improvements that we will be able to make at the cemetery,” she said.

Public meeting organiser against the installation of the communications tower in the cemetery Vicki Rice said another public meeting would be held tonight at the Moe Library at 6pm to discuss the proposal.