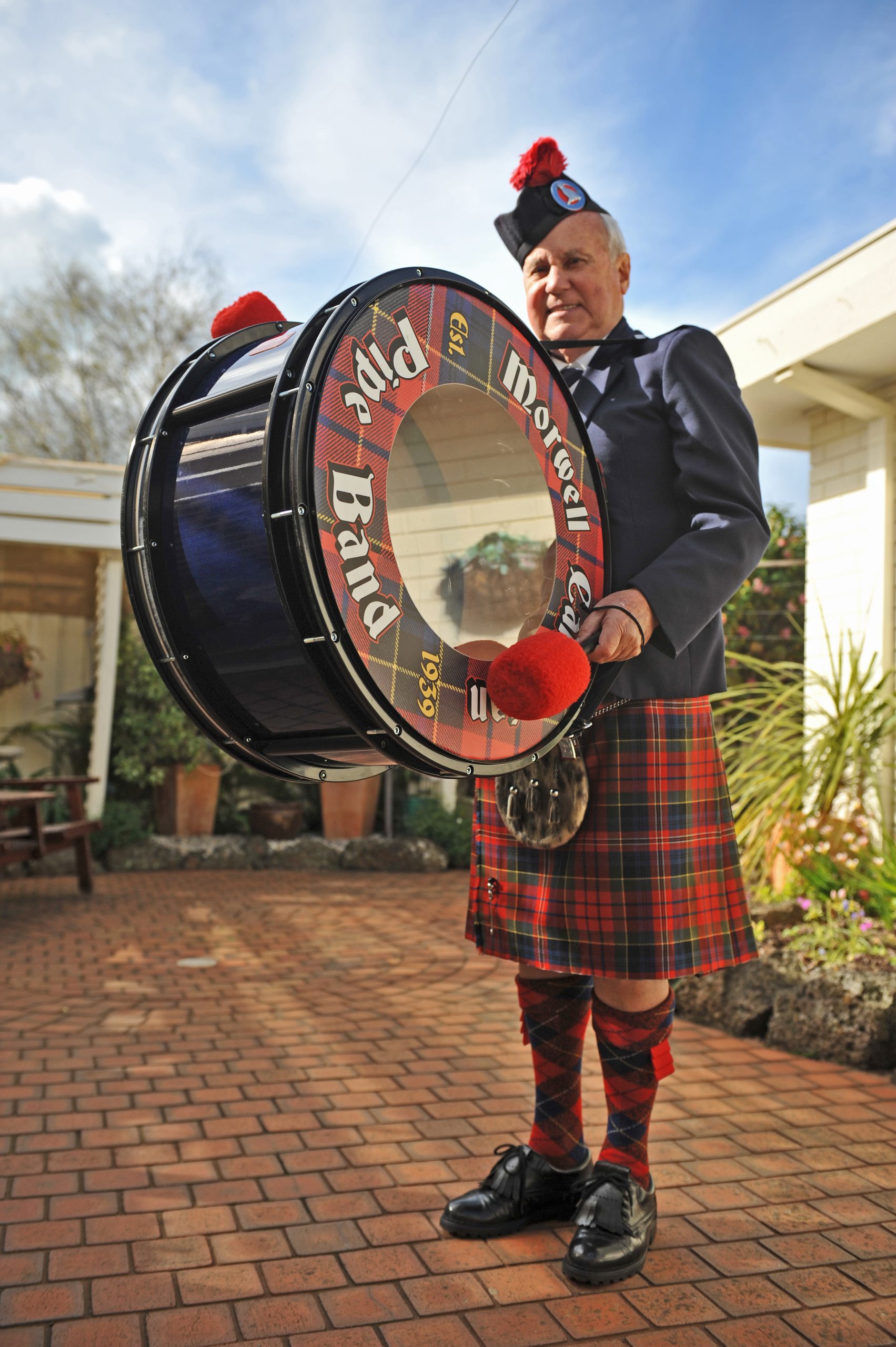 Celebrating 65 years with the Morwell Caledonian Pipe Band, Gavin Dykes has a lifetime of fond memories with the local musical group.

“The companionship has been great over the years,” Mr Dykes said.

“Although I don’t think any of the present members were even born when I first started!”

The 87 year-old made his first appearance with the band within a week of arriving from Scotland when he was 22 years old.

“It was 1952, I came out (to Australia) with my bagpipes. I arrived on Thursday and got a suit and a haircut,” he said.

That day, upon learning he played bagpipes, someone invited him to play at an Anzac Day service the following Saturday.

“They said ‘we’ll get you a uniform’ and so I played that Anzac Day,” Mr Dykes said.

His love of music extends beyond his original passion for bagpipes to percussion, with a particular affinity for the bass drum.

“With bagpipes, you either love them or you hate them. I’m one that loves them,” he said.

“I moved to the drums in ‘52 when the depression hit the place. We lost a lot of the band members because people had to leave the area. The only drummer we had gave me a crash course.”

“I keep them in order with the bass drum.”

Throughout his time with the band, Mr Dykes has played at venues across the region, state and interstate.

“All across Gippsland, you name it, I’ve played it,” he laughed.

Mr Dykes joked that his involvement in the band had kept him alive all these years.

“Back in the 60’s, a doctor in Morwell said ‘you shouldn’t be carrying that big drum’! I’m still carrying it and he’s dead and gone years ago,” he said.

Reflecting on his time with the musical group, Mr Dyke said members and personalities had changed within the band throughout the years, but there had been some progressive changes.

“We had a Scottish girl who was a good tenor drummer. The real old timers were not happy with it, they had a ‘no girls’ attitude. She was very good,” he said.

“We’ve had a number of girls throughout the years now. The trouble is we can’t get any young women.”

Mr Dkye said the Caledonian band practiced every Monday around a table in St James Hall in Traralgon, but the group are taking their annual break for five weeks and are having a break-up dinner this week.