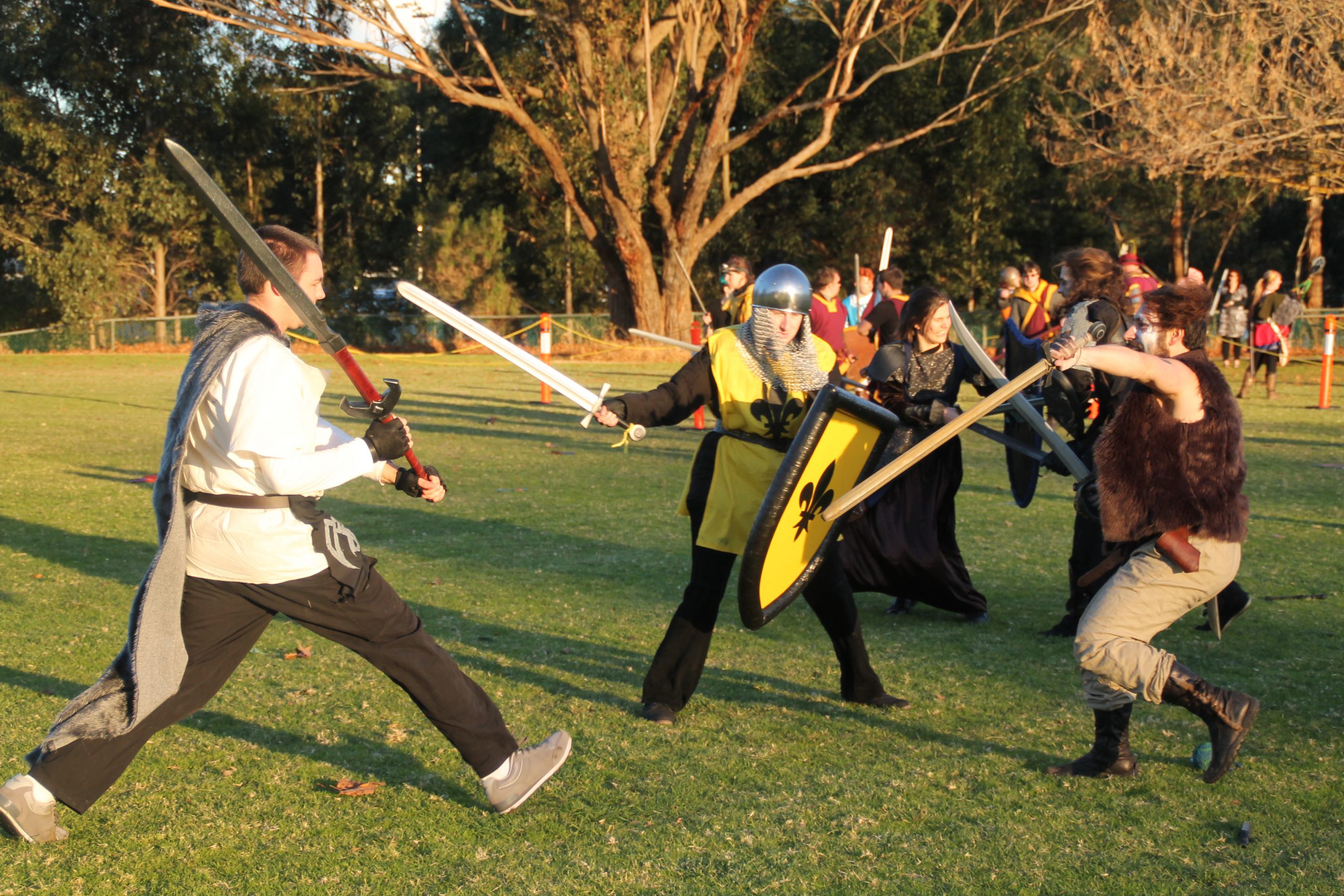 Bringing fantasy to life, Gippsland Swordcraft celebrated its one year anniversary on Saturday.

Beginning as a group of four people battling it out in a park, the live action role play group now numbers in its forties and fifties at fortnightly events held in Traralgon.

Swordcraft Gippsland president Anthony Bennett said it could be a hard thing to introduce a brand new activity to the region.

“(Live action role play) hadn’t been done in the area before, but we’ve received nothing but welcome from the community,” he said.

“People say they love what we do and love watching us in the park.”

While Swordcraft is growing in popularity, the increased participation did not come easily for the founding members, as maintaining growth and promoting the group proved to be a challenge.

“Obviously, with what we do there are only a certain amount of people who are interested,” Mr Bennett said.

“We all have lives outside of (Swordcraft), so finding time to go out and promote it could be hard.

“We’ve been involved in community events, gotten out there and showed people what we do.”

Mr Bennett has been involved in LARP events for five years and said he enjoyed the sense of community it fosters.

“The biggest thing I’ve seen is how welcoming everyone is, (Swordcraft participants) become like family,” he said.

“It’s been great seeing how many other people (in the region) are keen to do it, so many people have jumped in on it even though it’s something that hasn’t been seen here before.”

The Gippsland chapter is a part of a wider story, in which about 500 people gather across the state to participate in the role-playing sport.

“Our next goal is to continue to see more players – we want to get to a stage where we can have a weekly event, that’s our end game,” Mr Bennett said.

“We want to continue to provide a fun and safe environment to play in and create a group community and get to know each other.”

The next Gippsland Swordcraft event will be held at 3pm on Saturday, 24 June Agnes Brereton Reserve, Traralgon.