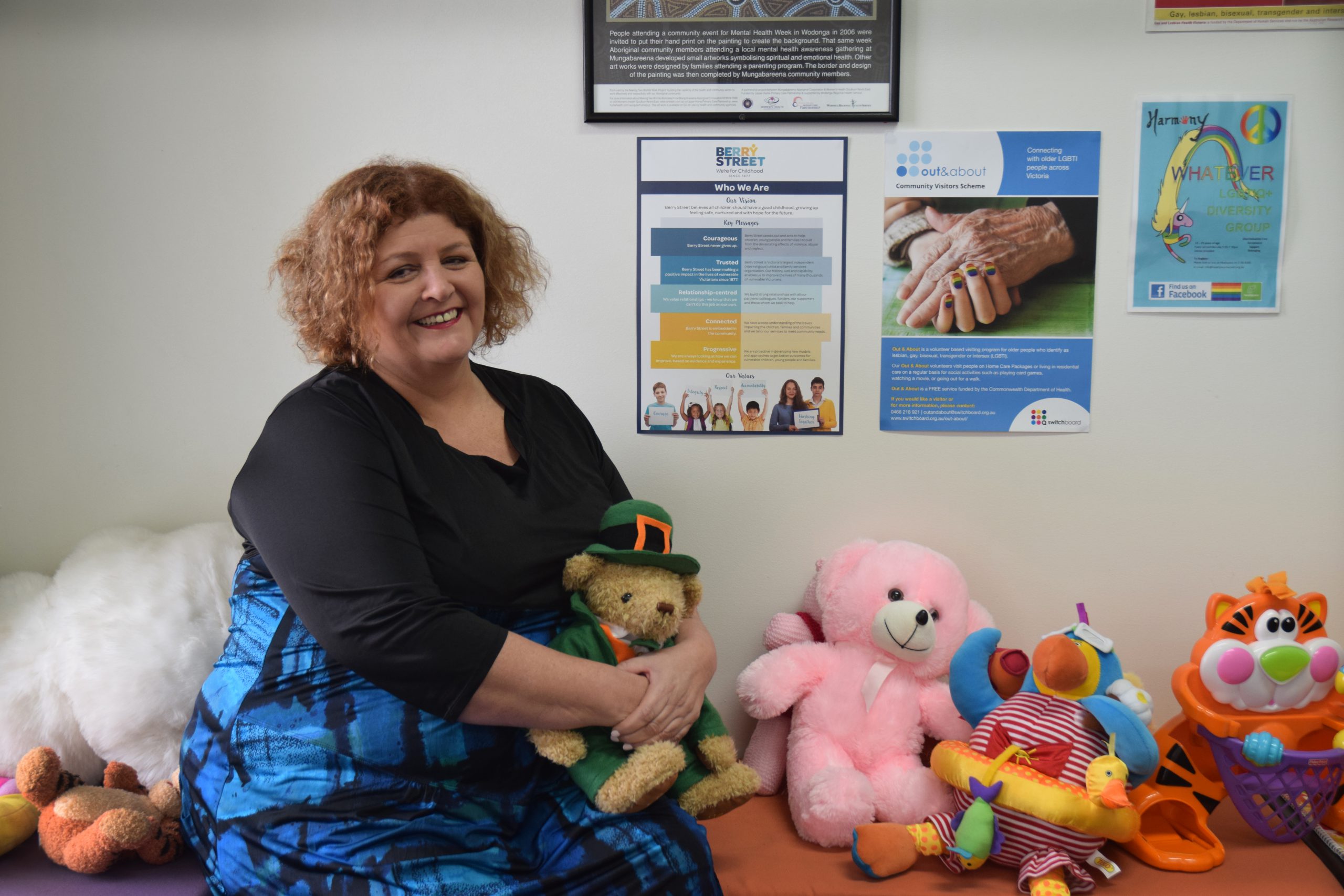 Melbourne-raised social worker of more than 30 years Annette Jackson was seeking a new direction for her life and Morwell was the answer.

Since the beginning of the year she has had the role of Berry Street’s Gippsland Services regional director, after being drawn to the opportunity to venture away from the head office in Richmond and return to working with a community at a local level.

“My heart’s really more in the direct work,” she said.

Ms Jackson is a social worker by training and has been an employee at Berry Street for 14 years.

She’d never lived outside Melbourne, until her “family situation changed”.

“I was caring for my parents and they both passed away and so after a year of that I thought ‘actually, I could live anywhere in the world’,” Ms Jackson said.

The many contacts she’s collected at conferences in North America and Europe couldn’t sway her to move overseas when the job in the Latrobe Valley opened up.

“It absolutely met all of my ideas of where I wanted to work,” she said.

The lack of traffic has been a significant factor in now deciding to build in the region.

She said the friendly nature of the regional folk met her expectation, with people offering to “put the TV in the back of the car and bring it over” when she was moving in.

“I could not believe how bright the sky was at night here,” Ms Jackson said.

The complexity of the work in Gippsland wasn’t a surprise for Ms Jackson, however she’s been impressed by the pride the residents of Morwell have in their own.

“When you drive around, you see a lot of people in their gardens,” she said.

She has also identified an abundance of “creative ideas” about how to approach some social issues.

“Obviously everybody knows the challenges with the closure of the mine and now the timber mill and mine fires,” Ms Jackson said.

“There’s a real sense, at least from my perspective coming to the area, of just rolling up the sleeves and looking at what everyone can do.

“It’s not a victim mentality.”

The new regional director will be drawing on her background in childhood trauma in her role.

In 2005 she received a fellowship from the Creswick Foundation to spend three months in North America visiting 12 organisations, which is where she met psychiatrist and neuroscientist Dr Bruce Perry from the ChildTrauma Academy.

His work helped Ms Jackson understand the impact of trauma on the brain and how to protect children from feeling “overwhelmed”, whether it’s from a community disaster or family tragedy.

She said her 30-odd years in social work has amounted to the ability to help children recover from traumatic experiences, and develop a sense of hope and “connection with positive relationship so they feel safe”.

“When you see an individual child or family make amazing changes and really in a healthier and safer and kinder world than they were when you first met them, (nothing) beats that,” Ms Jackson said.

Berry Street is currently running a collective impact process called Morwell For Kids, talking to the community about how to make Morwell “a good place for childhood”.

Ms Jackson also encouraged Latrobe Valley families to think about whether becoming a foster carer was an option.