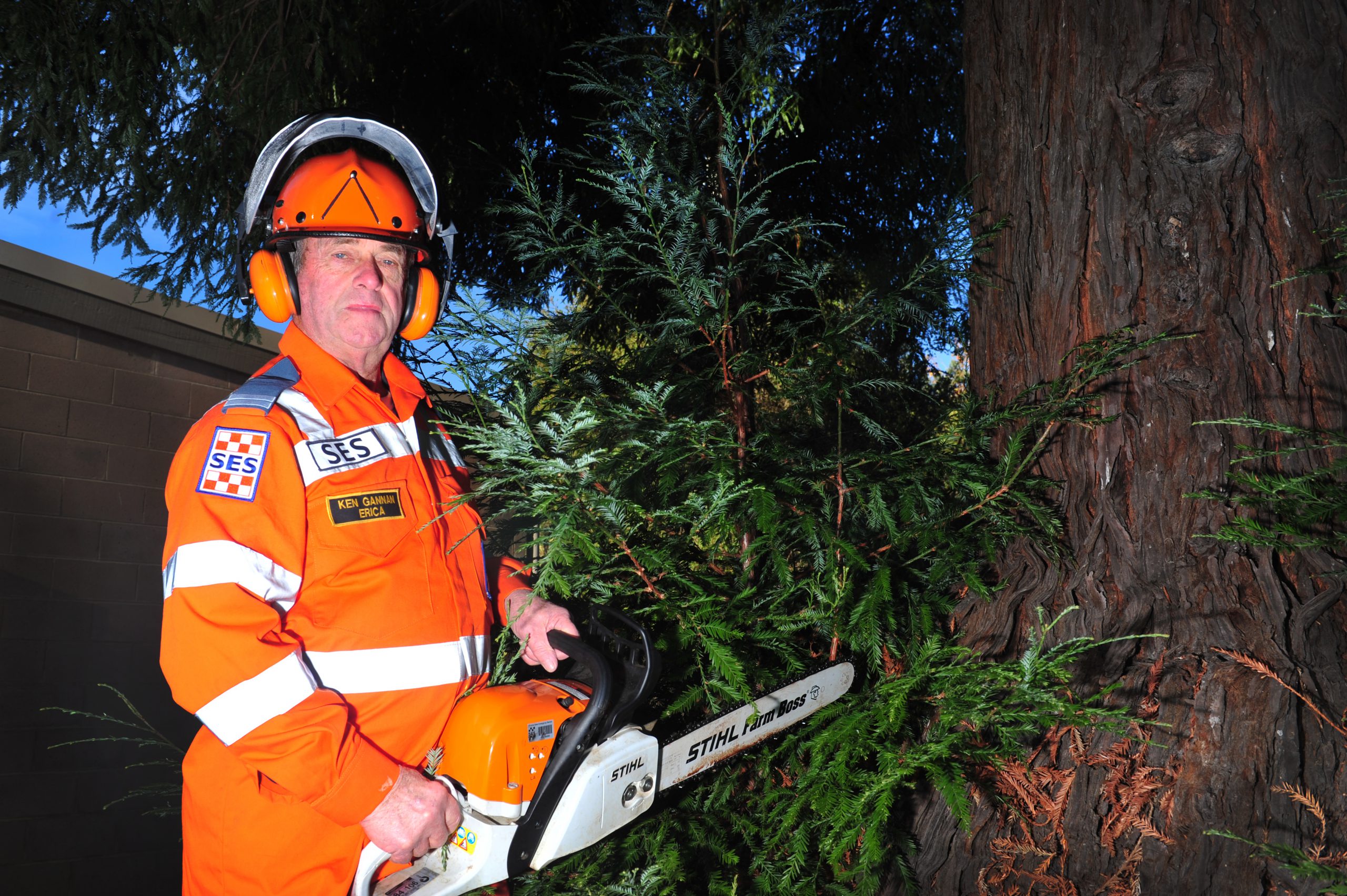 From floods to rescues to bushfires and fallen trees, State Emergency Service volunteer Ken Gannan has seen it all.

But after 25 years based at the Erica unit, the 69 year-old has decided to hang up the helmet for the last time.

For it’s been a family affair, with his wife Yvonne and two of his children Dale and Kerri, spending stints at Erica too.

After living in Rawson for 33 years, Gannan recently relocated to Newborough but reflected on his time as an emergency service volunteer at Erica since 1993.

The father of three recalled one of his most memorable moments over his two-and-a-half decade career – the moment he and son Dale along with other members saved 29 children and adults lost on the Thomson River.

“They had been on a canoeing expedition I guess you would call it,” Gannan said.

“Through mishap they got themselves into trouble so we started the search about 10pm on the Thursday night… the last of us including myself, two other SES personnel and the last handful of children and adults were winched out by the police helicopter on the Friday at 3.30pm”

Mr Gannan described the moment as “absolute relief”, acknowledging adrenaline had kicked in and kept the search team going throughout the night.

“It didn’t appear to be cold, but it was drizzly and the fact it took us five hours to walk four kilometres around the edge of the river was bloody worrying,” he said.

Mr Gannan spent his childhood on the move, initially growing up at Moorabbin before his father relocated the family to Jamieson, then on to Rosedale before settling at as a young tacker.

“By the time I was 19 I had lived in 15 houses, my dad was with the old Country Roads Board and then ended up being with the Forestry Commission and went on to become secretary to National Parks and Gardens,” he said.

Initially starting with the Civil Military Forces, which later became SES, Mr Gannan said most of the emergency incidents around Erica during his time related to fallen trees and a number of search and rescue incidents.

“We’ve also had to assist with police and ambulance in relation to a number of motorcycle accidents out in the bush when they’ve hit a tree or rock and come off their dirt bike,” Mr Gannan said.

“There’s been many to four-wheel-drive incidents, in one guy who tried to drive across the Aberfeldy River while it was in flood.

“We had to get the police air wing in and lift the guy off the roof of his vehicle which was stuck halfway across the river with the water lapping the very top of the car.”

Only a few years ago Mr Gannan was appointed deputy controller at Erica SES, after his wife Yvonne stood down, but reflected how over time the requirements and regulations of the SES had changed to improve the safety of emergency incidents.

“We used to do swift water training on the Thomson River between the Thomson Dam and Cowwarr, so the Erica SES went out and bought some self-bailing inflatable rubber boats,” he said.

“We used them in five successful retrievals on the Thomson River but now we’re not allowed to use them because the SES doesn’t have a training program for rescues.”

He said crews nowadays had to winch the person to safety or find “other means of retrieval”.

While he did not rule out helping the SES at Erica in the future, he encouraged “young blood” to join the organisation and reap the benefits of being an emergency service volunteer.