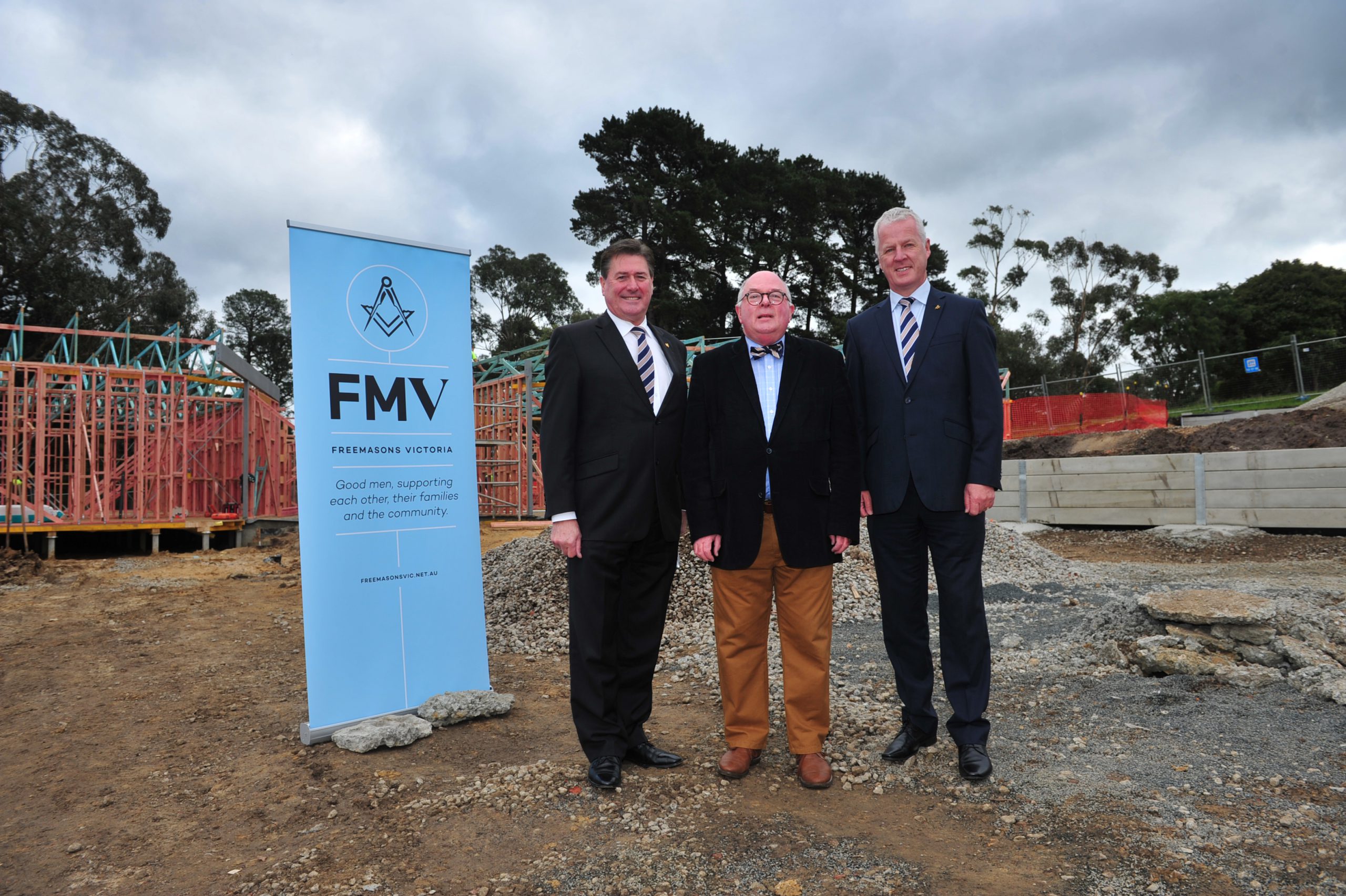 Construction of the new Masonic Centre in Traralgon is underway, with the framing now being erected.

“The masonic centre will feature a range of facilities including a meeting room, a significant kitchen and areas that can be used for dining and community events, as well as the lodge rooms, providing a flexible functional use of space for both Masonic and community events,” he said.

Both Cr O’Callaghan and Mr Northe thanked Freemasons Victoria for demonstrating their belief in the Latrobe Valley during a difficult time.

“(The new building) sends a clear message to the community that (the Freemasons) will support them through the challenges they may face,” Ms O’Callaghan said.

Mr Northe said it was good to see the Freemasons committed to utilising local builders and tradesmen for the project.

“The Freemasons fly under the radar a bit, but it can’t be understated the work they do,” he said.

Based on the 2017 Men’s Health Week theme of ‘Healthy body, healthy mind: keeping the balance’, Freemasons Victoria will promote the importance of men and boys managing all aspects of their health.